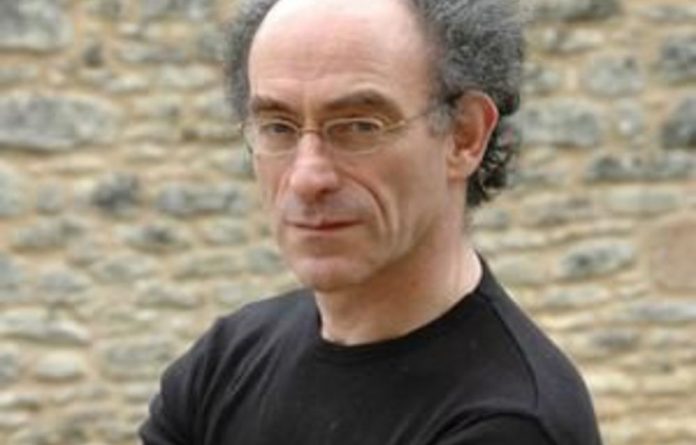 “It is early 1960 in a leafy, peaceful suburb of Johannesburg, where Lemon Street runs gently downhill, ‘a slope of tranquillity’, where its residents lead orderly lives.”

Such is the setting of Denis Hirson’s forthcoming novel, Lemon Street (Jacana Media), which fits perfectly into the session Memories of the City, a look at rare perspectives of Jo’burg and South African cities. It is chaired by Jon Hyslop, and includes award-winning journalist Ufrieda Ho, whose family memoir Paper Sons and Daughters (Picador Africa) was published earlier this year, and Professor Leslie Bank, whose recent book Home Spaces, Street Styles: Contesting Power and Identity in a South African City (Wits University Press) looks at East London. The panel takes place on Saturday 3 September from 11.30 am to 1 pm in the Laager Theatre.

Hirson is also scheduled to pair with poet Ingrid de Kok on Saturday 3 September from 1.30 to 2.15 pm at Kippies for a recital of their poetry. Below is Scar, from Hirson’s collection Gardening in the Dark (Jacana; 2007).

Scar
The young man sat in his mother’s flat, sawing at a cello
with his long arms, over and over, the notes accumulating
like branches of wood, and his bearded El Greco face
bent to the music that continuously escaped him.
It was a late winter’s afternoon in Johannesburg, and the sun
hung soft and ripe above the rocks of Linksfield Ridge
when finally the cello was laid down and the man
went out, walking the slopes with his girlfriend and me,
the anxious strokes of music still hatching the stiff cold air
all around us. I cannot say how it happened
but suddenly two dogs were fighting, almost at my feet,
rasping and savagely barking as if all the murder hidden
in the underside of the city had struck a sound in their throats.
Without thinking, I wedged a hand between them
and had it bitten to the bone. The white scar
still points down to the hollow of my palm, reminding me
of my mother’s fierce glance upon the wound and my stupidity,
the voice of the cellist’s girlfriend singing in my ear:
how your mother gives herself to her anger!
All of this, written in my right hand: the broken music
and the vengeful land, my mother and her merciless giving.

A festival wordy of note