Apple was falling fast. Now it’s reached the top of the tree 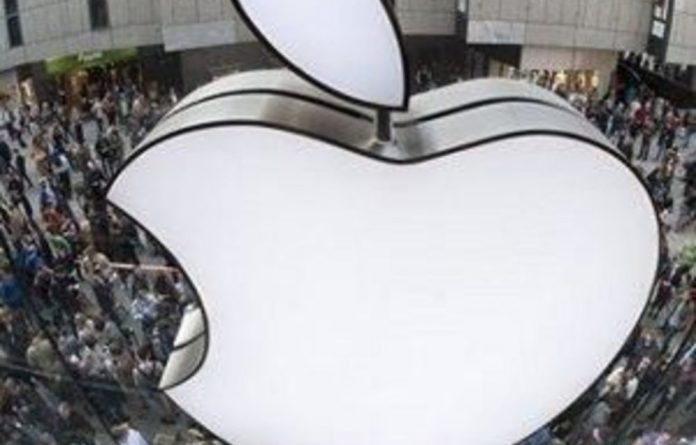 Steve Jobs may once have said “It’s more fun to be a pirate than to join the navy”, but Apple’s status as an outsider is long gone. Last week, Jobs’s company completed its long journey from underdog to top dog when it briefly overtook oil giant Exxon Mobil to become the largest company in the world by market capitalisation.

As the price of oil tumbles amid fears of a new recession in western economies, Apple appears immune. Sales of iPads and iPhones are unstoppable. Silicon is now bigger than oil, at least when it comes in an Apple casing.

For several hours on Tuesday, Apple surpassed Exxon as the most highly valued company, at one point by as much as $7-billion. The US oil company had reasserted itself by the end of the day, closing at a capitalisation around $1.5-billion higher, but on Friday morning they traded places again, with Apple peaking at a value of $351-billion, and Exxon bottoming at $350-billion.

We have been here before with technology stocks. Riding high on the supremacy of its Windows operating system, Microsoft overtook General Electric in 2002. Before that, Cisco, the network infrastructure manufacturer, had topped the league. What is startling about Apple’s valuation is that its $65-billion revenues, predicted to rise to $108-billion this financial year, are less than a quarter of Exxon’s projected sales of over $470-billion.

Growing like a rocket
“How is it that a company that much smaller could be that much more valuable relative to revenues?” asks Andy Serwer, managing editor of Fortune magazine, who keeps a close watch on the world’s largest companies. “The answer is growth. Apple is growing like a rocket.”

Back in 1997, when Jobs returned to the firm he had co-founded and then been ousted from, Apple was near bankruptcy. It languished in 273rd position in Fortune‘s 500 largest US companies listing, which ranks by revenues rather than capitalisation. And it was worth just $2-billion, beaten into submission by Microsoft’s operating system and the Dell and Hewlett Packard PCs that ran it.

Things hardly improved overnight. But then the first iMacs arrived, in rainbow colours and bubble casings that combined the computer’s processing unit and screen in one sleek package. In 2001 the first iPods appeared. By 2006, the year before the original iPhone, Apple was valued at $60-billion. Four years and a cellphone revolution later, in May 2010, the company’s market capitalisation had overtaken that of Microsoft. Now there is just Exxon left to beat.

Market watchers believe the two companies will jockey for position for a while. Exxon’s valuation will follow the oil price, which was at $100 a barrel in the spring, and is now about $85. In January, Exxon was worth $27-billion more than it is now. Apple is up $40-billion over the same period. “Exxon is a prisoner of oil prices,” says Serwer. “If its revenues go up a lot it means the price of oil went up. It is not selling that many more barrels. Apple is coming up with new products, and people are buying them like crazy.”

iCloud iPhone
Can Apple continue to grow at such a breakneck pace? The fifth iteration of the iPhone is expected in the autumn, and rumours are spreading that it will be accompanied by a cheaper model for emerging markets. Apple watchers have nicknamed it the “iCloud iPhone”, suggesting it will save on manufacturing costs by using “cloud computing” (remote storage accessible via the internet) rather than large internal memory chips to store information. Apple is saying nothing on the subject.

A device that could be almost entirely subsidised by cellphone networks and supplied free or cheaply to customers might help Apple grow in big new markets like China. With 62% of its revenues coming from outside the US in the last quarter, there is room for more internationally.

The company set new records at its third quarter results in July. Sales increased 82% year on year, and profit was up 125%. The iPad tablet computer is gaining traction, selling 9.25-million in the quarter, up 183% on the same period in 2010. Sales of the iPhone were up 142%.

Jobs’s speciality is taking emerging technology and popularising it. Apple dominates because it has reinvented the music industry, the cellphone, and the computer several times over. Other digital music players were on sale before the iPod, but nobody bought them. Apple provided pretty kit that worked well, with a legal, user-friendly iTunes website to supply the music.

Genius for reinvention
Gartner analyst Carolina Milanesi cites FaceTime, the internet-based videophone feature on iPhones, as a good example of the company’s genius for reinvention. “How long have we had video calling in Europe? It’s been years and nobody has ever used it. Why is everyone with an iPhone interested suddenly in FaceTime? Because it’s easy to use and they don’t have to worry about cost [other than the standing cost of the internet connection].”

She says the brand is now so trusted, and holds such cachet, that consumers will fork out for technology they don’t really understand, confident that it will somehow improve life. “It’s about the brand, and you want it because it’s cool and it’s the latest thing, even if you might not be quite sure what you do with it. You figure out what you’re going to do with an iPad once you’ve bought it.”

Technology is a more exciting product than oil, but is it really more valuable? Forrester analyst JP Gownder thinks its importance will only grow. “Oil is a fundamental part of the economy and will be for a long time, but personal technology manages so many aspects of our lives. For those who can afford it, it is absolutely critical in a world where our work and personal lives are indistinguishable, where we are always on and always connected.”

Apple will not always be the dominant tech company. No one knows what will happen if Jobs’s health problems force him to step away from the firm altogether, and rivals are growing fast.

Sales of cellphones which run on Google’s Android operating system have overtaken the iPhone and now Nokia. Incorporated 1998, floated in 2004 with a $23-billion market capitalisation, Google is now valued at $179-billion.

And IBM, the ultimate 1980s technology brand, is making a comeback. In the last five years its share price has gone from $80 to near $180 as its management tour the world winning contracts to build IT systems for the post offices, government agencies and utility companies of the biggest emerging markets. It is now the world’s fifth most valuable company, just behind Microsoft.

Milanese says Amazon, the world’s dominant home entertainment retailer, may catch everyone by surprise by doing for films and TV shows what it did for books with Kindle. “Rumours have it they are thinking about a tablet. If they find the right vehicle to push all that content, they have a very good opportunity to reach the markets where people have money.”

Others will emerge to seize Apple’s booty, but, for now, its ship looks unsinkable. – guardian.co.uk