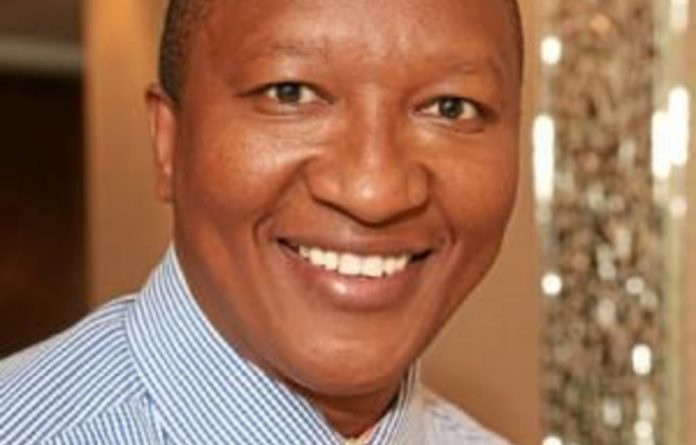 The department of public works has paid R68-million so far in rental for an empty building to the property group the Mail & Guardian revealed last week was represented in major deals by President Jacob Zuma’s son-in-law.

In addition to the dodgy lease, we now have evidence suggesting that the Billion Group channelled a payment of R1-million to the ANC or its senior office bearers.

As we reported, the company, controlled by little-known tycoon Sisa Ngebulana, is at the centre of a row over a proposed R1-billion tender to build new offices for the department of public service and administration. Lonwabo Sambudla, the husband of Zuma’s daughter Duduzile, hosted officials central to driving the tender at their wedding and joined Ngebulana in a meeting with top public works officials. Both he and Ngebulana admitted that Billion had paid him a commission on at least one previous deal.

Now it appears that the Billion Group has benefitted from another dubious lease and that it is assiduous in courting political favour.

Justice Minister Jeff Radebe confirmed earlier this month in a written reply to a parliamentary question from the Democratic Alliance’s Debbie Schafer that the department of public works had leased a building in Pretoria for use by his department at a rental of R3.6-million a month.

He did not mention the name of the company benefiting from this extraordinary arrangement.

The M&G has now confirmed that the R612-million deal was awarded to Phomella Property Investments, a subsidiary of the Billion Group.

Phomella Property Investment bought the Salu building in Pretoria for R163-million from AgriSA. Investec Bank gave Phomella a R270-million bond on the property.

According to the lease agreement, Phomella committed to have the new offices ready by December 30 2009.

Although the company did not finalise the upgrade on time, the public works department has been paying a monthly rental of R3.6-million since January 2010. The new office, Radebe said, would be ready only in November this year, meaning the department would have spent R84-million to lease a building that had been standing empty.

Appearing to distance the justice department from the decision, he said: “It is standard practice in the property industry to have rent payable upon occupation of the building when all tenant installation has been completed and the building has been handed over to the lessee. The department of public works could be in a position to provide clarity on the matter.”

Public Works spokesperson Thamsanqa Mchunu said the department was obliged to pay the rental in line with the lease agreement as the landlord was not responsible for the delay. He said both the department of justice and public works took too long to sign the necessary documentation relating to the building.

Mchunu claimed that the two departments and Phomella Property Investments had agreed that the landlord would reimburse all rental paid between November 2010 and November 2011, but did not explain why such a curious arrangement had been reached. Meanwhile, it has emerged that Sambudla is not the only politically connected recipient of Billion’s cash.

The M&G has obtained bank and cellphone records confirming a dubious R1-million payment which Ngebulana told colleagues was a donation to the ANC.

Asked via SMS whether to proceed with the payment of R1-million to “KZN energy solutions” that was being queried by First National Bank, Ngebulana answered: “Yep, it’s all in order, why do they [the bank] want to know if they should as its FNB to FNB! Its ANC Luthuli House for Durban last weekend event donation! Will let you know when I’m back.”

The ANC national general council was held in Durban from September 20 to 24 last year. It is not clear whether Ngebulana was suggesting that the payment was a donation toward the event or a payment arranged while party leaders were in Durban attending it.

Unaware that the M&G was in possession of the SMS, Ngebulana first denied ever making any donation to the ANC event in Durban.

“We as a company have never donated any money to the ANC towards any event held in Durban. As a business, we do from time to time agree to requests for donations from all political parties. Should we donate in a private capacity, this is a private and confidential matter. As an organisation, we have agreed to donate to all political parties equally in proportion to their national representation. KZN Energy Solutions is a consultancy business that we work with from time to time. We duly pay them for their services,” said Ngebulana.

Serious work
Confronted with the SMS on Thursday, Ngebulana initially denied sending it. He then said that KZN Energy Solutions performed “very serious work” for his companies, including forensic audits.

He then added: “As a successful black business person, you are under pressure when asked for donations and things. You need to give or there is a lot of jealousy.”

Asked for corroborating information, Ngebulana referred the M&G to Myesh Pillay, who he said was a director of the company, but who is not listed as such in company records. Although Pillay confirmed that she worked at the company and said she knew Ngebulana and the Billion Group, she was unable to provide details of services provided to the Billion Group.

Asked why there was nothing about a forensic audit on the company’s website, Pillay claimed the website was under construction and that other services including the forensic services would be added to it at a later stage. KZN Energy Solutions is affiliated to other companies, including an entity that styles itself as a corporate consultant.

The payment is recorded in Billion’s bank statement simply as “fees”. ANC treasurer general Matthews Phosa said the party had never received a cent from Ngebulana.

“I never asked for money from him [Ngebulana]. The ANC NGC was funded by a few people and I know all of them. He [Ngebulana] is not on that list. [If he claims he paid], then the money went to individuals not the ANC. People are abusing the name of the ANC for their own selfish reasons,” said Phosa.

Sources within the ANC familiar with its financial arrangements told the M&G Ngebulana had previously made payments to some senior ANC leaders, whose names are known to the M&G. Ngebulana this week dismissed the allegation of payment to senior ANC leaders as untrue.

The billionaire who flies under the radar
Billion Group founder Sisa Ngebulana has kept a low profile, despite being one of the wealthiest black entrepreneurs of the post-1994 era.

His name has not featured in the list that includes noted plutocrats such as like Patrice Motsepe, Cyril Ramaphosa and Tokyo Sexwale.

But with assets estimated in the billions, the 45-year-old from the Eastern Cape is definitely up there.

A former Eskom employee, Ngebulana started a construction company, Afcon, in 1996, specialising in the construction of upmarket homes. In 1997, he consolidated all Afcon’s activities into the Billion Group. Since then, he has made his mark in property development.

Ngebulana is said to be close to politically connected individuals within both the ANC and government. His company has won several government tenders, including lease deals with the South African National Defence Force, the justice department, the National Prosecuting Authority and the City of Johannesburg.

Ngebulana has also built up as a R3.6-billion office and retail portfolio through acquisitions and development.

Billion Group chief operating officer Mike Rodel said: “This is a remarkable achievement in a sector that has been difficult for black entrepreneurs to break into. Sisa has strengthened the team by introducing people with listed property credentials.”

One of Ngebulana’s companies, the Rebosis Property Fund, was listed on the JSE in May this year.

Ngebulana owns a R55-million house in Chartwell, which boasts a nine-hole golf course.

Other assets include private jets, a helicopter, a Bentley, a Porsche and a Lamborghini.