Els keeps hope alive as he plunges in FedEx Cup 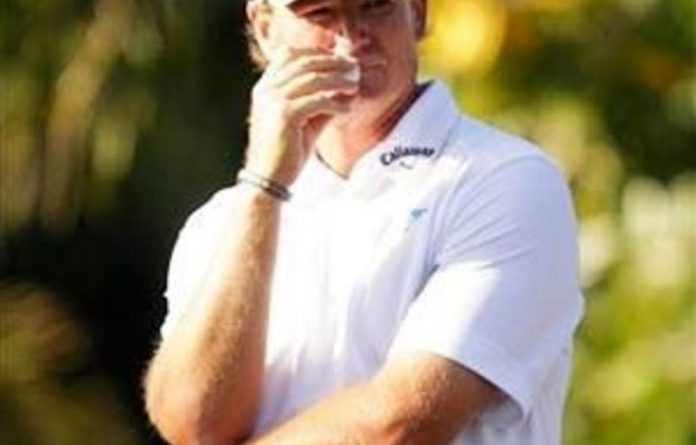 Ernie Els didn’t look to be down in the dumps for someone who has tumbled so far in the FedEx Cup.

It was only a year ago that the Big Easy was the No. 1 seed going into the PGA Tour’s version of the post-season. He went to the top of the standings by winning a World Golf Championship in March, and stayed there for the next five months.

This year, he wasn’t even sure he would make it to The Barclays.

Els was just outside the top 125 — the cut-off to make the FedEx Cup bonanza — and had to play last week in the Wyndham Championship to have any chance of making the playoffs. He tied for 30th and moved up to No. 118.

“It’s a little different,” Els said on Wednesday. “But I think this is almost a better mentality. I feel I need to be aggressive and get up the bloody points list. Otherwise, I’m going home. Last year I was the No. 1 seed, but I wasn’t quite playing as good as I was in March. This year, I feel like I have to make a move. And I feel a little more comfortable with that.

“I had three good rounds last week, and I feel my game is coming along,” he said. “It’s a good feeling going in.”

Reasons to be optimistic
Els is among five players who have made it to the Tour Championship — and a shot at the $10-million bonus — each of the last four years. His chances of being in the top 30 are much more remote starting out at No. 118.

Even so, his optimism remains high, and there are a couple of reasons for that.

One is Heath Slocum, the poster boy for opportunity in the playoffs. Two years ago, Slocum barely got into the playoffs at No. 124, and then won The Barclays to secure a spot in the FedEx Cup finale at East Lake.

Another is Martin Laird. He faced elimination in the first tournament last year until he was the runner-up at The Barclays, moving him up to No. 3 in the standings. He wound up 11th in the final standings and picked up a $300 000 bonus.

The fifth year of the FedEx Cup playoffs gets under way on Thursday at Plainfield Country Club, the fourth course used for the opening event, one that ends with a 285-yard par 4 that should deliver plenty of excitement.

Barely making it
Tiger Woods, a two-time FedEx Cup champion and the No. 1 seed in three of the four years, failed to qualify for the first time when he missed the cut at the PGA Championship.

The No. 1 seed is Nick Watney, whose two wins this year include a World Golf Championship at Doral.

Phil Mickelson kept alive his streak as the only player to be among the top 10 seeds in every year of the FedEx Cup. He is at No. 6 this year, and he has listed winning the cup as one of his goals.

The change can be found more towards the bottom, where Els has plenty of company.

Padraig Harrington, a three-time Major champion, nearly missed the playoffs. He closed with a 68 last week to tie for 47th. He then had to wait about two hours to see if it would be enough to qualify for the postseason. He barely made it, finishing at No. 124.

Great position
Harrington studied accounting in college, so the Irishman knew how close he came to missing out. And yes, he already has done the math at The Barclays, figuring he needs to be in the top 30 at Plainfield to be among the top 100 players who move on to Boston next week.

“I’m of the opinion that I’m in a great position going into this, that I’m just like every other guy,” Harrington said. “In order to win the FedEx Cup, you’re going to have to win one of the first three events, and the last event. I’ve got nearly the same chance as anybody else of winning this outright. I just need to perform a little bit quicker than other guys.”

Two-time US Open champion Retief Goosen has been among the top 24 seeds the last two years. Now he’s at No. 101, meaning his season will end if he misses the cut, or perhaps if he finishes toward the bottom of the pack.

His hopes are not as great, mainly because of a freak accident on his way to New Jersey which resulted in a fractured toe.

Not so confident
Before leaving home in Orlando, Florida, Goosen watched the track of Hurricane Irene. Just in case it turned toward Florida, he decided to push his boat into the garage. The front wheel of the boat trailer went over his right toe.

“It went blue instantly,” Goosen said. “I had X-rays and they said it was a fracture. But I don’t think it is. It’s not as sore as it should be. But all the other toes are getting sore now because I’m walking funny.”

Indeed, it will be an uphill climb this week at Plainfield.

And then there are players such as Rod Pampling, who aren’t sure what to think.

One year, when the points system was too volatile, Pampling started at No. 33, missed the cut in the first two events and failed to be among the top 70 who advanced to the third round in Chicago. He has started much lower, at No. 98, and didn’t last more than two weeks.

This year he is at No. 115, remarkable for a player who only had conditional status this year.

“I’ve got nothing to lose,” Pampling said. “You see these guys with what they’ve done. If you’re finishing in the top three in one of these tournaments, you’re good for the Tour Championship. Just to say you’ve got a chance to do something in one event is huge.” — Sapa-AP