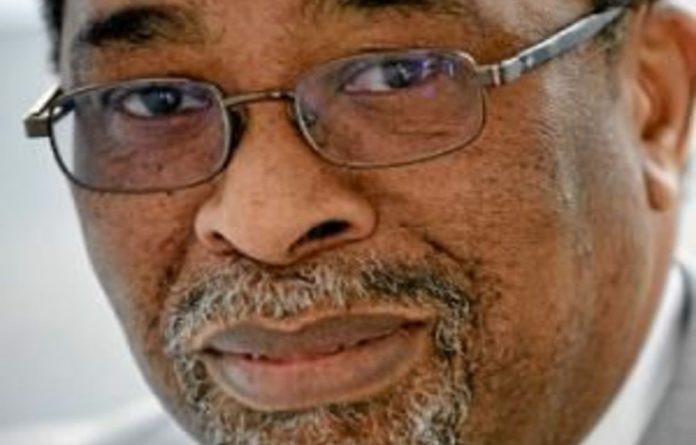 As we look for ready handles to describe Moeletsi Mbeki it is convenient to cast him as the brother of former president Thabo Mbeki or, in the phrase of Mark Gevisser, as the “second son”. Yet there is more to the man — the second-born son of struggle icons Epainette and the late Govan Mbeki — than his famous parents and sibling.

Early on, as Mbeki’s world was crystallising, he opened up to his mother. “Mum, I am not going to follow Thabo and my father. They are too concerned with abstract things.

Politics is abstract; I want to do something practical,” Gevisser wrote of him in Thabo Mbeki: The Dream Deferred, his biography of the former president.

Moeletsi Mbeki is a practical man, with his hands so full it’s difficult to cast him as one thing or another. He has had, over the years, diverse interests involving “real stuff” — everything from television programmes to armoured cars — along with less tangible pursuits, including journalism, consulting for corporates, political punditry and penning books.

His 2009 publication, Architects of Poverty, is about how Africa’s elites are responsible for the continent’s grim state; his latest tome, as editor, Advocates for Change: How to Overcome Africa’s Challenges, features essays by top thinkers proffering solutions to some of the continent’s problems, including land imbalances and education.

Mbeki, born in 1945, trained as an engineer at the University of Warwick. His diverse work experience includes a stint as a journalist in Zimbabwe in the 1980s. Widely travelled, he has also lived and worked in, among other countries, Algeria, Tanzania, the United States and the United Kingdom.

His analyses are incisive and itchy, an irritant for South Africa’s ruling class in particular. He distinguishes himself from other pundits with his practical examinations, perhaps the reason that huge corporates place so much value on his thoughts.

Original minded
“Consumer revival will help SA beat tough times,” a Business Day headline blared last week. This is precisely what Mbeki told me a few weeks ago when I sat him down for an interview in Lonehill, in northern Johannesburg, at the offices of Endemol, the TV production company whose South African operation he chairs. Endemol produces the soap Isidingo and reality television shows such as Big Brother, Big Brother Africa, Survivor South Africa, Forgive and Forget and Fear Factor.

“South Africa is a consumer economy. The government’s policy is to drive a consumer revolution; this is why Walmart is in South Africa,” he explained.

Mbeki’s work is widely admired and Achille Mbembe, a research professor of history and politics at the University of the Witwatersrand, describes him “one of the most original minds in South Africa”.

Mbeki’s views of the liberation movement under whose eaves he found shelter are often contrary and caustic. He was in the news recently for comments he made at the Cape Town Press Club launch of his most recent book.

Later he questioned the calibre of the leadership of the ANC and the ANC Youth League: “You get the song-and-dance brigade like [Julius] Malema and [president Jacob] Zuma, who say they are providing leadership.”

The ANC leadership was furious and, in a statement, the organisation said: “Moeletsi has chosen not only to betray noble principles and beliefs held by his late struggle icon father, Govan Mbeki, but has decided to embark on a role of being the voice of the opposition, instead of making a meaningful contribution within structures of the ANC and government in a quest to build a better country for all South Africans.”

Yet it must be said that even when his brother was president Mbeki didn’t spare him, criticising Thabo for his “quiet diplomacy” approach to the Zimbabwean crisis and his government’s implementation of affirmative action policies.

Their relationship is marked by both brotherly camaraderie and sibling rivalry. Gevisser in his book, cites the younger Mbeki saying about his older brother: “I have to be cautious of not embarrassing him, because he’s in leadership — and he’s my leader too, remember — but on the other hand I have to look after my own autonomy.”

The grizzled wayfarer
In the UK in the 1960s he tested his sibling’s patience in this pursuit. When he recalled his visits to Sussex — where Thabo Mbeki was then based, the younger Mbeki told Gevisser, he and his friends were generally “unkempt, unruly, rebellious” while “they [Thabo, Essop Pahad and Peter Kenyatta, son of Jomo Kenyatta, Kenya’s founding president] were leaders; they were going to save Africa; we were a bunch of youngsters testing the limits and having a good time”.

If you read Moeletsi’s books or, even better, attend his lectures, you encounter a wizened and grizzled wayfarer. He will often preface a point with something like, “In Addis [Ababa]—”, “In Algiers —” or “The other day I was in Dar es Salaam…” Referring to this trait, Mbembe told me that Mbeki and “his brother Thabo Mbeki — are among the most cosmopolitan and Africa-minded of a new/old South African elite — black and white — which, to a large extent, has remained very provincial in its ways of thinking and acting”.

Indeed, during our talk Mbeki was scathing about his compatriots, describing his motherland as “intellectually and culturally backward”. To illustrate this, he told me a story he had seen on TV about a woman who had been burnt to death on suspicion of being a witch.

“Development is not just bricks and mortar; real development involves the intellect and culture. Mortar and bricks are just symbols,” he said.

To get a more complete sense of the man I tracked down Mbeki’s former editors in 1980s Zimbabwe. Then in his thirties, he worked as an exiled journalist at the state weekly, The Sunday Mail, for a few years.

Veteran journalist Bill Saidi, who was the features and foreign editor at the time, remembered Mbeki as “a great writer” who was preoccupied with the liberation of South Africa and with ideology. This, perhaps, refers to his anti-Soviet, New Left leanings; something that upset the Soviet-leaning ANC. (Gevisser writes of Mbeki’s preference for Fidel Castro and Ho Chi Minh rather than Marx and Lenin).

I also spoke to Mbeki’s former business associate, Ivor Ichikowitz, who is involved in the sale of armoured cars, computers and toys. He described Mbeki as an “idealist” with a “vision for Africa”. Even though Ichikowitz said he didn’t agree with many of his philosophies, for instance, what Ichikowitz called his Eurocentric view of the continent, he nevertheless pointed out that Mbeki’s “heart was in the right place”.

Beneath the urbane, well-spoken ideas man, lie the granite and angular edges of a businessman. When we turned to talk about corporate social responsibility on the Zambian copper belt the cold business streak in him became apparent.

I pointed out that the mines — presently riding the wave of a commodity boom — perhaps have a moral responsibility to electrify the houses of the villagers residing in the areas from which they extract the minerals. Mbeki disagreed. Installing electricity and constructing roads, he argued, wasn’t the responsibility of a mine owner.

“My company makes television programmes. It’s not our responsibility to make sure that people around here have electricity or that they have something to eat. It’s the state’s responsibility. I pay my taxes to the state,” he said.

When one speaks or listens to Mbeki one is presented with hard facts, liberally spiced with anecdotes. His astute social analyses are helped by a scientist’s traits: that predilection for precision, evidence and logic. All of this is delivered in punchy sound bites and/or flowing prose.

He begins his book Architects of Poverty in the Slave House on Goree Island, off the coast of Senegal. One reading suggests he is tracing the ancestry of Africa’s current leadership to the African slave traders who went inland, raiding villages for people to sell to European merchants waiting at the coast.

Mbembe is right when he says Mbeki is “not simply a critic”, as evidenced by Advocates for Change. “He is probably the single intellectual in South Africa capable of aligning critique and concrete, innovative proposals for reconstruction,” Mbembe said.

When one considers his fights with his brother over Zimbabwe and black economic empowerment it’s obvious that the older Mbeki didn’t take his advice — and neither does the current ANC government. Still, he is highly rated by the corporates, universities and other institutions that consistently invite him to give lectures. Some might think the sobriquet “businessman-intellectual” to be apt.

While trying to draw attention to the fat salaries earned by South African government bureaucrats and corporates Mbeki’s wandering eye settles on China. He knows of the chief executive of a Chinese locomotive-making company employing more than 10 000 workers who earns the equivalent of R300 000. In South Africa, Mbeki says, such a person would be earning millions of rands.

In most of his talks and interviews he berates the “African middle class” and their adoration for the “life of the colonialist”. The only way the nationalists could live like colonialists, Mbeki explained, was by “becoming government officials. Yet what gets overlooked is that the colonialist ran a productive system which was linked to the economy of the mother country. This is why African economies grind to a halt after independence.”

The force of such a statement — which is, in effect, an indictment of nationalism — arises from the fact that it’s coming from the mouth of ANC royalty.

I asked him what he would say if he was asked to give a talk at a graduation ceremony at a South African university. “Take a year off and go to the University of Dar es Salaam, or any other African country, or even Asia or South America. Live and work there. [Perhaps] this way they can catch up with the intellectual and cultural developments in Africa.”

That resembles the journey he took when he was a young man and it seems to have turned out quite well.