Malema: My blood is black, green and gold 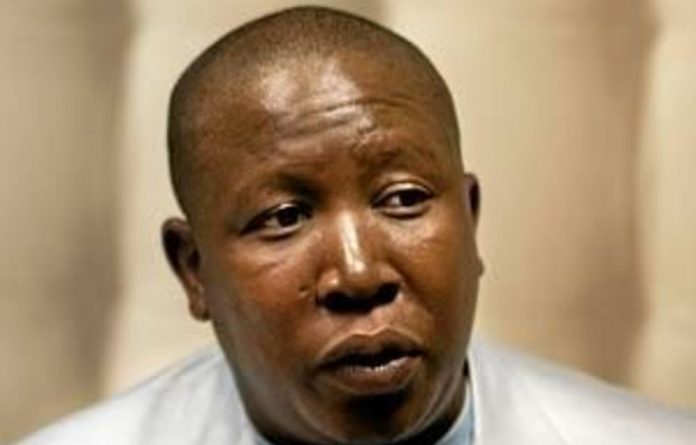 ANC Youth League leader Julius Malema said on Friday he was ready to face a disciplinary hearing, adding that the real ANC was not a pig that eats its children.

“Whatever happens to us, we are ready for that … People should know that even if we are fired tomorrow, our blood will remain black, green and gold,” he said at a gala dinner for young women in Centurion, Pretoria, late on Friday.

He said he would remain a loyal member of the ruling party, despite the fact that a charge of violating the ANC’s constitution could see him stripped of his membership.

Malema said regardless of the outcome of his hearing, scheduled for Tuesday, he would remain a loyal ANC member. A membership card did not define him.

“What defines you, it’s the consciousness, it’s the blood, and it’s what you believe in.”

Malema faced possible expulsion from the ANC for ill-discipline. He and league spokesperson Floyd Shivambu were officially charged on August 19.

‘Political discipline’
The league’s leaders had to subject themselves to the organisation’s discipline, he said. Should the party’s disciplinary committee decide to suspend him and disband the league’s entire top structure, he would accept this.

He however said the league understood discipline in the ANC to mean “political discipline”, and not the kind that punished dissenters.

Malema, who had been campaigning for nationalisation of mines and the appropriation of land without compensation, said the organisation was bigger than individuals.

ANC national disciplinary committee chairperson Derek Hanekom said on Wednesday this related to the disruption of meetings and interfering with the orderly functioning of the party.

Malema and Shivambu were expected to appear before the committee on Tuesday and Wednesday respectively. The appearance dates for the other leaders were not known.

Provincial league leaders were expected to hold a night vigil at ANC headquarters in Johannesburg on Monday. – Sapa