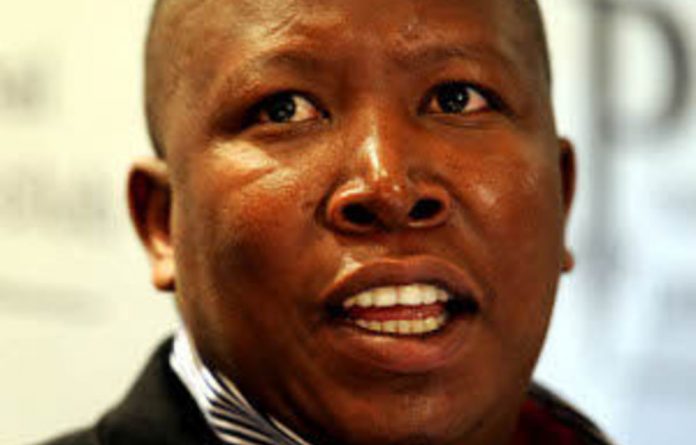 The ANC’s disciplinary committee refused an application brought by its youth league president Julius Malema for the recusal of three of its members, a spokesperson said on Wednesday.

It found that insufficient facts had been presented to show bias or a perception of bias by chairperson Derek Hanekom, Mining Minister Susan Shabangu and Minister in the Presidency Collins Chabane, ANC spokesperson Jackson Mthembu said in a statement.

Hankom said the disciplinary hearings had been adjourned until Friday to give the committee time to decide on Malema’s application for the charges to be dropped.

The committee is due to deliver its ruling in this matter at 9am on Friday.

Charges
Malema has been brought before the disciplinary committee on charges of bringing the ANC into disrepute and sowing divisions in ANC ranks.

He recently said the African National Congress Youth League would send a team to Botswana to consolidate local opposition parties and to help bring about regime change, as it believed the government there was “in full cooperation with imperialists” and undermining the “African agenda”.

All except Shivambu would appear before the committee on Friday, said Mthembu. His disciplinary hearing had been postponed to a later date, he said.

On Wednesday, Shivambu said Malema would consult with his lawyers before his next appearance.

Support
On Tuesday, groups of youths purportedly supporting Malema and his four colleagues threw rocks, bottles and bricks at journalists and police in the Johannesburg city centre.

The violence subsided after Malema addressed them.

A small number of supporters marched in the streets around the ANC’s Luthuli House headquarters, where the hearings are being held, on Wednesday.

Police on Wednesday said they have identified those involved in the violence and have asked those injured during the demonstration, especially journalists, to lay charges. — Sapa