Youth leagues in SA: A poverty of options 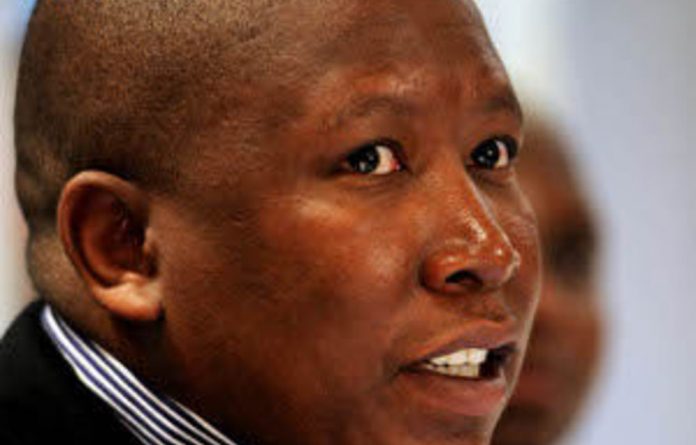 Needless to say, not all South African youth identify with the ANCYL’s apparent modus operandi of defiance, militancy and, if all else fails, destruction.

The political atmosphere is ripe with opportunity for a youth party to emerge that will provide an alternative voice to the disaffected youth of South Africa.

Among the fracas at the league riots on Wednesday, two well-dressed white boys were seen verbally jousting with senior members of the ANCYL over the presence of school children at the demonstration. After first being accused of being “AfriForum agents”, it was established they were the founding members of South Africa’s latest political youth formation: the South African National Youth League (SANYL).

“Peaceful get-togethers are Christmas and birthday parties — this is a riot and it’s very problematic that we are seeing so many youth in their school clothes shouting political slogans they probably know nothing about. This is no place for children to be,” said Jovan Pienaar, the chairperson of the newly formed league.

Their modus operandi of caucusing new members was a bit strange. Pienaar and his co-founder Malcolm Cordier handed out cards and observed the action from behind barbwire barricades. They stood far away from the throng of ANCYL supporters, stationing themselves among the police and journalists who were under fire.

“We are definitely non-racist, non-sexist and all the things the South African Constitution says that we are supposed to be,” Pienaar said.

Admirable thoughts, but a pair of well-to-do young white men has little hope of sparking a revolution among the country’s youth.

But what other options do the youth of South Africa have? We look at the state of other movements in the country.

Democratic Alliance Youth:
Although the DA Youth often say the right thing when it comes to speaking out on youth issues, their actual impact is negligible.

With about 40 000 members nationally, the DA Youth claims to be the home of all South African youngsters who believe in “an open opportunity society for all”.

But with little visibility outside the student structures of Western Cape universities, the official opposition’s youth grouping lacks momentum.

“Our members are still scattered around the country so we battle to be vibrant,” Makashule Gana, the DA Youth’s federal leader told the M&G.

Gana guarantees the upcoming years will be the moment when the youth formation is seen to be a true challenge to the youth league.

“We have determined members and we look forward to growing over the next couple of years,” he added.

There is also the party’s Young Leader’s program, for a quick ride to the upper echelons of the DA.

The program identifies the party’s potential leaders of tomorrow and exposes them to life in politics. In many cases it has fast-tracked the careers of a few, though the party has been criticised for using this to window-dress the party with black leaders, such as spokesperson Lindiwe Mazibuko or their Johannesburg mayoral candidate for the local government elections Mmusi Maimane.

Together with the youth league and the South African Students Congress (Sasco), the YCL forms the Progressive Youth Alliance (PYA) — similar to the ruling Tripartite Alliance of the ANC, the SACP and Cosatu.

But, much like their seniors, just because they are partners doesn’t always mean they get along. And the YCL is often overshadowed by the monolithic youth league.

“We will not lie; we are a little bit disturbed by the youth league. We have a principled relationship but disagree with the body’s current direction,” YCL’s communications and propaganda chief Mafika Mndebele told the M&G.

But the leagues insist this doesn’t translate into a split between the two parties.

“We must never break ties just because we disagree with the leadership. Leaders change but the youth league will remain,” Mndebele added.

Sasco & Cosas
Often seen as two sides of the same coin, Sasco and the Congress of South African Students (Cosas) don’t always see eye to eye with their affiliates the ANCYL and YCL. This was most evident when they both withdrew their support for the youth league’s demonstrations outside Luthuli House this past week, disagreeing with school learners being present and protesting in their uniforms.

Both Cosas and Sasco claim to be the largest youth organisation in Africa and have more or less the same vision of free, high quality education for the masses. The pair sharing a strong history within the ANC, and many former office bearers of the two have gone on to senior leadership position within the youth league, such as Malema himself, who was a former Cosas president. So don’t hold your breath for any major offering of a youth alternative.

Smaller parties
Almost every political party represented in the National Assembly claims to have active youth organisations, be it the Pan African Youth Congress, FF+ Jeug, ACDP Youth or the IFP Youth Brigade. But besides the occasional calls for change in their mother body’s leadership or even a few threats to Malema’s life, they offer little to no substance. Narrow opinions and intolerance of opposition views seem to be the order of the day not only for the youth league but for their purported contenders.