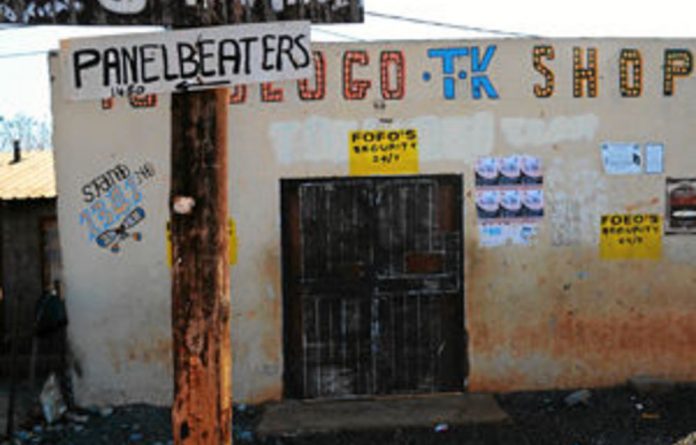 Foreigners in Middelburg, Mpumalanga, allege that the local council is working hand in glove with local business people to shut down their shops.

The Somali Refugee Forum claims that since mid-June about 50 Somali, Ethiopian and other foreign-owned tuckshops have been closed in the Steve Tshwete municipality, which includes Middelburg and surrounding townships, and that local business interests are driving the closures.

However, the municipality said the shops were closed because they lacked proper licences. “This operation is not specific to Somalis; it has nothing to do with whether the person is from Somalia, Zimbabwe, Kenya, Ethiopia. It’s about complying with the legislation,” said Meshack Mahamba, senior manager of town planning services.

Foreign shop owners, who mostly operate from rented land, claim they are being turned away by the licensing department, which tells them that only landowners can apply. The municipality denies discrimination, insisting that it is implementing bylaws laid out in the 2004 town planning scheme.

“The property owner must follow the scheme — he has to apply to the municipality for permission to conduct a tuckshop on a portion of his or her dwelling house,” said Mahamba. “In our scheme the owner can apply. If you’re renting, you aren’t the owner because the property isn’t registered in your name.”

Scrutiny of the town planning scheme shows that those renting land can apply for permits to run shops if they “obtain written consent of the owner of the property”. The Somali forum said foreign traders have not been told this.

“The local business people are complaining that we’re taking their business; they are the ones behind these things,” said a member of the Somali forum, who asked not be named. “We want our right to apply for licences to operate — Even today they are still closing the shops.”

The Middelburg Small Business Community Forum, representing South African shop owners, acknowledged that it had mobilised for the closures and had been present when shops were shut down.

“We made it clear to the municipality that we’re a non-violent organisation,” said forum chairperson Othniel Phasha. “Fortunately, they’re listening. We said to the municipality [that] they must check for licences and our own people without licences must also close down.”

The timing of the operation coincides with the forced closure of foreign-owned shops elsewhere. While the bylaws have been in place for some years, according to the council shop closures have taken place only recently.

The Greater Gauteng Business Forum (GGBF) has also attempted to close shops forcibly in areas such as Freedom Park, Ramaphosa and Orlando. Makhosana Mhlanga, GGBF chairperson, claimed that his organisation is in telephone contact with the Middelburg Small Business Community Forum, although Phasha denied this.

In early 2010 foreign-owned shops were burned down in the Middelburg area.