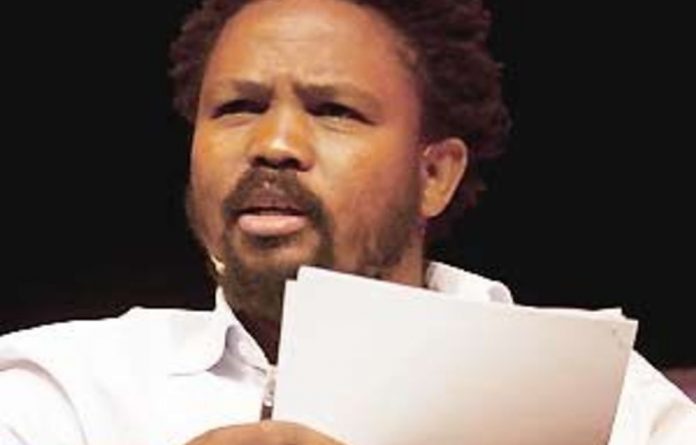 The ANC-led government is a “bodyguard of whiteness”.

Those is one the views of radical thinker and writer Andile Mngxitama, the publisher and editor of the journal New Frank Talk. He was part of a four-member panel discussing the topic Not in Black and White at the Mail & Guardian‘s Literary Festival, currently under way at the Johannesburg Market Theatre.

Author and journalist Fiona Forde, writer and civil servant Sandile Memela and author, poet and intellectual Antjie Krog made up the rest of the panel.

In supporting his argument, Mngxitama said the ANC has the political power to push for land reform but “they will not exercise it because they are protecting old white privileges, bottom line. I cannot think of any other rational explanation.”

He went further and said South Africa is a white country under black management and that the ruling party can no longer make any promises to its supporters before elections.

Only the party’s youth leader, Julius Malema, who is currently facing disciplinary action that could see him expelled for five years from the party if found guilty, can save the party from losing support through his radical expropriation of land without compensation and nationalisation of mines policy.

Mngxitama argued against the theme of the day stating that in fact things are still “black and white”.

Asked by Forde if he would like to see a non-racial South Africa, he declined to answer. “How do we seriously talk about a non-racial society when the whole project of 1994 has normalised the places of black people and the places of white people in society?” asked Mngxitama.

Pressed further, he said he desired a free society where whiteness is totally irrelevant, and suggested land redistribution as a way to achieve that.

“Don’t you think that it would be nice if we don’t have these white men running around with so many slaves on their land? Shouldn’t this be the first question?”

Mngxitama agreed with Krog and said the ruling party had not tested the limits of the Constitution in addressing land redistribution, despite having the political power to do.

However, Memela, who throughout the discussion had encouraged a non-racial approach to South Africa, argued that individuals needed to take responsibility and do whatever they can to lift others up, because there was not going to be a plan to redress South Africa’s inequalities.

“The inequalities are so deeply rooted that it is not going to be eliminated in Andile’s lifetime or mine. We can only try to raise little children, make them not to be ashamed of themselves because they are black or white; it’s what it is.”