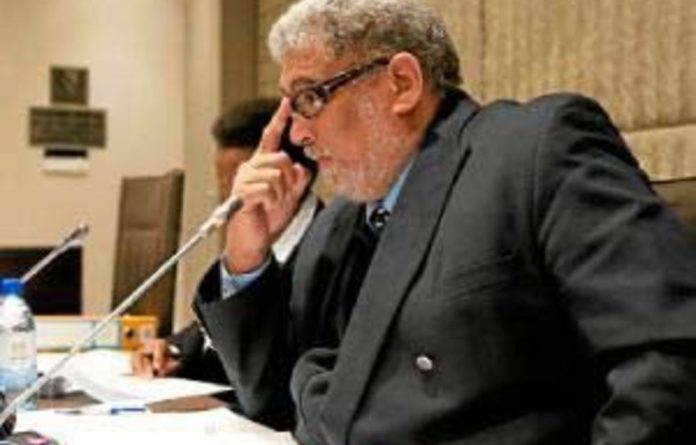 The Protection of Information Bill came a step closer to becoming law on Monday as MPs adopted a final draft, despite opposition objections and threats of legal challenge.

The ANC prevailed in the final vote on the contentious state secrecy Bill with a comfortable majority, as it had on Friday in clause by clause deliberations.

After the vote, Steve Swart, from the African Christian Democratic Party, reiterated it would petition President Jacob Zuma to refer the Bill for constitutional review.

Swart said this was because, despite endless petitioning, the final draft lacked a public interest defence to protect people who published classified information to expose state wrongdoing.

The ACDP could find support from the Democratic Alliance.

Legal advice
DA MP David Maynier said his party would take legal advice on whether the Bill would pass constitutional muster without such a defence.

It would then decide whether to petition the president in terms of clause 79 of the Constitution.

“I am shattered and disappointed by the outcome of the legislative process which is now concluded,” Maynier said.

“The fact is that despite making improvements in the Bill, we were not, in the end able to de-fang the Bill,” he said.

“Most importantly, we were not able to secure a public interest defence and this raises questions about the constitutionality of the Bill.”

However, Cecil Burgess, the ANC chair of the ad hoc drafting committee, told MPs he was satisfied a sound piece of legislation had been delivered.

“We have taken all necessary steps to ensure the Bill passes the constitutional test. The most important amendments have been done on the advice of legal experts,” Burgess said.

“A lot of people outside have threatened and they have their rights, but we must not be scared.”

Burgess said the Bill would be tabled in the National Assembly before the legislature rose in late September.

Path to enactment
It will be several months at least before the Bill makes it onto the statute books.

It would first go the National Council of Provinces, then to the president for signature, and become law only once the minister of state security had drafted the required regulations for its implementation.

The Bill criminalises the possession and disclosure of classified information and prescribes sanctions ranging from a fine to 25 years in prison.

The opposition, civil society organisations, the media and the Congress of South African Trade Unions have pleaded for a public interest defence to balance the need for secrecy with the constitutional imperative for openness.

Such a clause would allow whistleblowers and journalists who disclosed classified information to argue in court that they had acted for the public good.

No public interest defence
In a year of debate in and outside the legislature, the ANC made several far-reaching concessions, but refused to budge on this issue.

On Friday, the state security ministry, which guided the drafting process, said allowing such a defence would be “to shred the Bill even before it becomes law”.

The new law would repeal apartheid-era legislation dating from 1982, but when it was introduced last year critics labelled it an attempt to return to the oppressive secrecy of the old regime.

Amid public pressure, the ANC agreed in recent months to restrict the power to classify information to the intelligence and security agencies, to limit the definition of national security as cause for classification.

It also scrapped minimum prison sentences for all acts criminalised in the Bill, apart from espionage. — Sapa