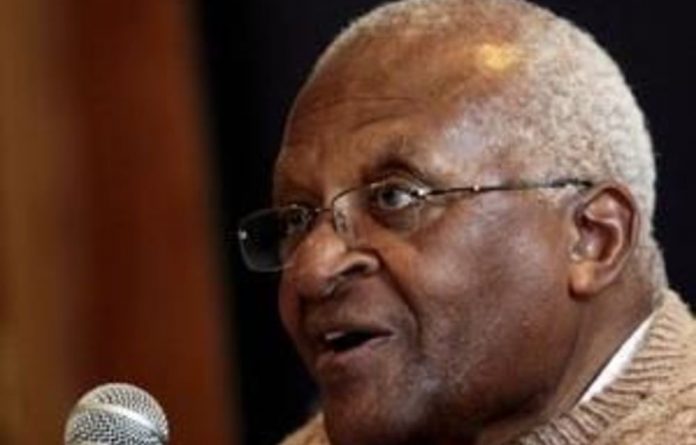 Springbok coach Peter de Villiers does not get much credit when it’s due, Archbishop Emeritus Desmond Tutu said on Friday.

“Some have noticed that when things have gone well for the Springboks, De Villiers has not received much credit,” Tutu said in a statement.

“Now, he has taken a team to New Zealand that many believe can win the World Cup. That’s at least half the job already well done … I would like to wish Peter de Villiers and his management team well.”

Tutu said the Springboks were an important ingredient in “the medicine” used to treat “wounded South Africans”.

“They remind us of our infancy, our fragility, our strength … the moment the cup was in Madiba and Francois Pienaar’s hands. They inspire us and give us hope,” he said referring to the Springboks 1995 win against New Zealand.

“There are few sights and sounds that so stir the soul of our nation as that of the Springboks belting out Nkosi Sikelel’ iAfrika before an important match, one of them, of course, is when the captain holds the trophy aloft,” Tutu quipped.

“These are intensely unifying experiences that never fail to give one gooseflesh … And on top of that, there’s the rugby.”

‘Make us proud’
Tutu as an Archbishop said that winning was not important, but for the team to do their best.

“I have stood next to Bakkies and Beast. It is surely impossible for anyone to get past them. Do your best and make us proud,” he said.

Meanwhile deputy president Kgalema Motlanthe arrived in New Zealand on Friday where he was expected to attend the opening ceremony of the Rugby World Cup.

Motlanthe would then proceed to Wellington to visit the Springbok team ahead of their first World Cup game against Wales.