Bulls miss out on bonus point 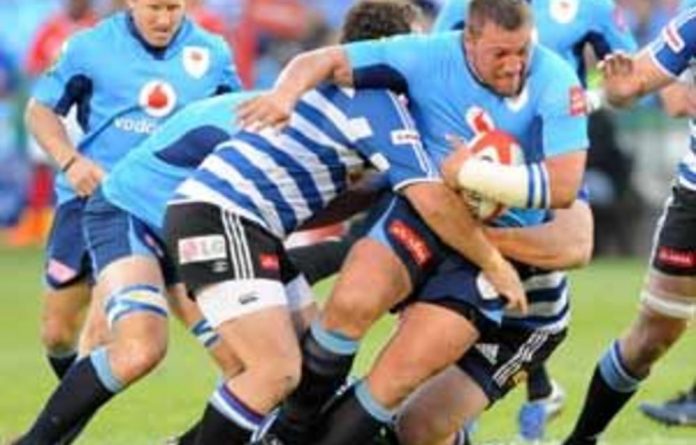 The Blue Bulls beat Western Province 28-20 at Loftus Versfeld on Saturday but lost out on a bonus point.

In a scintillating match, despite the errors made by both sides, the greater experience of the Blue Bulls countered the flair of the Western Province youth.

With the Bulls regaining their attacking style, they were desperately unlucky to be pulled back for a forward pass with Zane Kirchner already behind the tryline.

Francois Brummer missed a penalty early on for the Blue Bulls but made up for it with a successful strike four minutes later.

CJ Stander then made a clear run down the touchline to score under the posts taking the score to 10-0.

Another four minutes into the game and Kirchner collected a lovely pass from Wynand Olivier to touch down for a try.

At 17-0 after 17 minutes, the Blue Bulls were sitting pretty but could not continue at that pace.

Western Province pulled back three points from the boot of Isma-eel Dollie and, despite Brummer stretching the Blue Bulls to 20-3, the last 15 minutes or so of the first half belonged to the visitors.

After the break, Western Province continued their onslaught and Danie Poolman scored a converted try to make it 20-10 after 47 minutes.

Brummer kicked a penalty but Western Province bounced back with their second converted try by Michael Brache two minutes later (23-15).

And then came what proved to be the coup de grace.

The Blue Bulls were awarded a penalty on their own 10-metre line. Kirchner kicked it deep before Province realised what was coming and Bjorn Basson chased the ball to where Conrad Jantjes was caught five metres from his tryline.

Gary Botha was on hand, the ball was won and Olivier cantered in. It was 28-15 to the Blue Bulls with ten minutes remaining on the clock.

Western Province then came close but were repelled when Siya Kolisi gave them hope for a bonus point and even a win with two minutes remaining.

Dewaldt Duvenage missed the conversion with the Blue Bulls adding four points to their log tally and Province left without any points after an amazing last effort from both sides which lasted about five minutes.