Where is Modise’s money man? 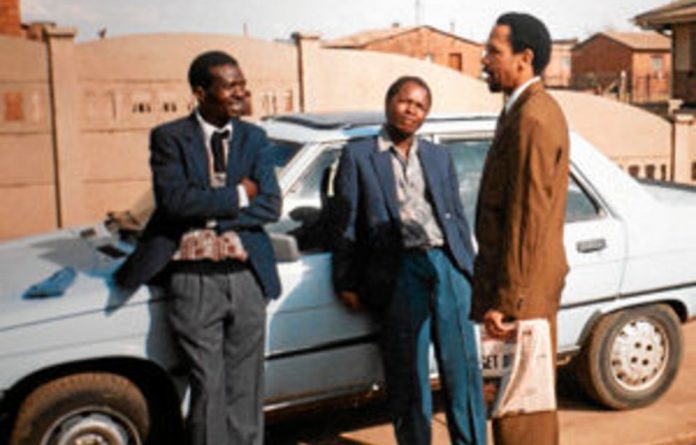 President Jacob Zuma’s decision to appoint a judicial inquiry to investigate wrongdoing in the multibillion-rand arms deal has brought hope to the family of Puso Tladi, a high-ranking member of the ANC and late defence minister Joe Modise’s right-hand man, who mysteriously disappeared eight years ago.

Tladi’s brother, Tswidi, said on Thursday that the arms deal inquiry had given the family renewed hope of finally getting the truth about the disappearance of his sibling, a former Umkhonto weSizwe (MK) political commissar and former member of the ANC Youth League.

“After the announcement, we said, as a family, that at last there is a ray of hope on the way. We were emotional,” Tswidi said. “We have searched for him all over Southern Africa, but to no avail — We are prepared to come forward and testify at the commission and we urge anyone in government or the ANC who has information about his disappearance to do the same and shed light on what happened to our dear brother.”

Tladi was last seen by his family on August 8 2003, shortly after leaving his home in Sunward Park, Boksburg, for a business meeting.

His disappearance has been widely linked to millions of rands belonging to Modise. The money is believed to comprise kickbacks from the government’s strategic defence procurement packages that were channelled to secret bank accounts.

After Modise’s death in 2001, Tladi left the South African National Defence Force and went into business. According to his former intelligence colleagues in the force, police sources and family members, Tladi is alleged to have assumed the role of managing the financial affairs of Modise’s family because he had access to the minister’s secret bank accounts and offshore interests.

The arrangement is said to have caused resentment and intense fighting among some individuals in and outside the ANC, according to an intelligence source. But, he said, the arrangement was not peculiar because Modise had trusted Tladi with his life, courtesy of a friendship that had developed in exile in Angola, Tanzania and Zambia.

Tladi, whose MK combat name was Malombo, is believed to have known of secret bank accounts through which arms deal companies channelled millions of rands to Modise. He was also regarded as “the only living signatory to the accounts”.

“Before he left the force after Modise’s death, he is said to have taken with him arms deal documents belonging to the former minister,” said the source.

Modise’s other right-hand men included arms deal playboy Fana Hlongwane, the late ANC veteran Ulysses Modise and former Secret Service agent Solly Simelane. Hlongwane, who served as Modise’s special adviser until January 1999, is likely to be one of the key witnesses called to testify at the inquiry – it emerged earlier this year that he allegedly received more than R200-million in commissions from arms manufacturer BAE Systems in the decade following the arms deal.

Simelane, who was arrested in 1998 for his alleged involvement in illegal gold and diamond deals, might also be called to testify.

On Thursday, East Rand police Lieutenant Colonel JP Botha confirmed that Tladi’s disappearance was being investigated. “We are still following leads. We have circulated his details to every bank and border post but have not been able to track his whereabouts.”

Botha added that the police were also investigating a man who apparently claimed R400 000 from Tladi’s special pension at government offices in Pretoria in October 2009.

In recent months, Tladi’s family has had meetings with the ANC at Luthuli House to request Zuma’s help in the matter. But nothing positive transpired from these meetings, Tswidi said.

The Mail & Guardian sent questions to ANC spokesperson Jackson Mthembu about Tladi’s disappearance but he referred them to secretary general Gwede Mantashe, who did not respond.

The questions were about claims that the ANC, in its 2009 submissions to the National Prosecuting Authority arguing for charges against Zuma to be dropped, accused the NPA of “selective investigation” of the arms deal and questioned why the prosecuting body did not widen its probe to include people like Tladi, former president Thabo Mbeki and several other Cabinet ministers.

“We are aware of Tladi’s disappearance, but we do not know what to do, because the police have not made a breakthrough in the case. The family came to us and said they were struggling financially. But we said we cannot help because a special pension is given to former soldiers who are dead and Tladi has not been certified dead as yet.”

Maphatsoe said Tladi’s fellow cadres were still baffled by his disappearance and its circumstances.

Tswidi said that at this stage the family did not know what to believe. Rumours had long circulated that Tladi could be hiding in Mokgotlong, Lesotho. It was suggested that he ran away with a girlfriend after withdrawing millions from Modise’s accounts, but this was discounted by Captain Kgoabane Kgoabane of the Lesotho police.

The rumours about Tladi’s presence in Lesotho started circulating after the friend with whom he had his final business meeting, Patrick Mothibe, was found dead in a government mortuary in Lesotho. The two men were last seen together in South Africa and Lesotho shortly before they both disappeared in 2003.

According to one of Mothibe’s family members the police had visited the family and said they were looking for the pair in connection with “the affairs of the late Modise”.

The former Secret Service, now the State Security Agency’s foreign intelligence arm, headed by Moe Shaik, investigated claims that Tladi might have left the country, but it failed to make any breakthrough.