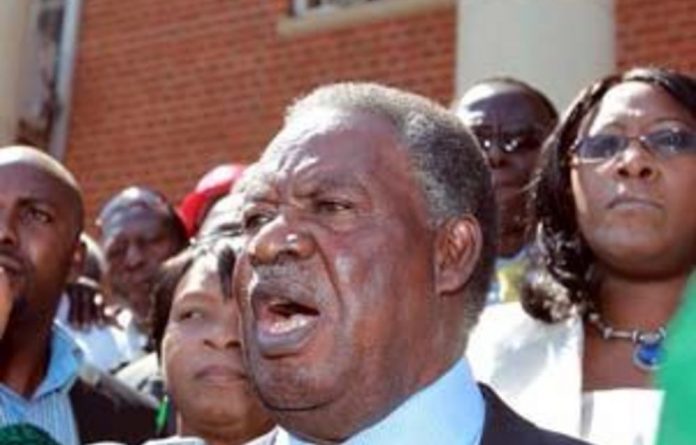 Zambia’s new President Michael Sata, the first elected Catholic head of state and a devout believer, said on Sunday his government would follow the tenets of the 10 Biblical Commandments.

“This government will be governed on the 10 Commandments. Thou shall not steal, do unto others as you would like them to do unto you,” Sata told parishioners at a church in Lusaka’s upscale Rhodes Park district.

“For the first time this country has a Catholic president and our government will support the church,” Sata said, recalling that the nation was predominantly Catholic.

Sata took office on Friday, kicking off with a pledge to crack down on the rampant corruption that turned voters away from his predecessor Rupiah Banda.

Banda had campaigned on the strength of Zambia’s economy, which grew 7.6% last year, and pointed to new hospitals, schools, roads and electricity projects as proof of his success.

But Sata took 43% of the vote to Banda’s 36% by harnessing the anger of the youth and the unemployed who have yet to see change in their daily lives.

The election was marred by sporadic violence that left two people dead.

Sweep to victory
Sata, a critic of Chinese investment, was sworn in as president on Friday after an upset poll victory that ushered in a smooth handover of power in Africa’s biggest copper producer.

Sata (74) swept to victory on the back of voters looking for change in a country that has seen its economy grow but who felt the riches from its mines had not made their way to the people or created enough jobs.

“Foreign investment is important to Zambia and we will continue to work with foreign investors who are welcome in the country … but they need to adhere to the labour laws,” Sata said after being sworn in.

Zambians celebrated from the predawn hours of Friday after Sata was declared the winner and painted the capital in the green and white colours of his Patriotic Front Party (PFP).

“We should not allow violence to separate us. The gap between the rich and the poor is growing wider and we need to address that. I stand by the promise to change Zambia within 90 days,” Sata said, pledging to slash the size of government and tackle corruption.

In a continent where leaders are often reluctant to give up power, incumbent Banda tearfully conceded defeat, saying the people had spoken. His Movement for Multiparty Democracy (MMD) party has run Zambia since one-party rule ended in 1991.

“Now is not the time for violence and retribution. Now is the time to unite and build tomorrow’s Zambia together,” he told a news conference.

Election monitors from the European Union (EU) and the Southern African Development Community (SADC) declared the vote free and fair although the process was marred by violence after protests broke out over the slow release of results.

Sata, nicknamed “King Cobra” because of his sharp tongue, toned down his rhetoric against foreign mining firms, especially from China, in the closing stages of the six-week campaign but his victory could still make investors nervous.

Zambia’s kwacha fell 2.9% to a 14-month-low of 5 150 against the dollar after Sata’s victory and traders said it would remain vulnerable until he gave clearer indications on his future policies.

“Sata has said that his government will insist that foreign miners keep all their export forex revenues within the country and only repatriate profits. He has called for a new revamp of the country’s mining code and a review of mining contracts signed under Banda.”

Sata said last week he would maintain strong commercial and diplomatic ties with China and would not introduce a minerals windfall tax but implied he might impose some form of capital controls to keep dollars in the country.

Chief Justice Ernest Sakala declared him the winner after he received 1 150 045 votes compared with Banda’s 961 796 with 95.3% of constituencies counted. Sata received 43%of the vote, which was also contested by many minor parties.

Sata has enjoyed a long and varied career that included stints in motor vehicle assembly plants in Britain and as a porter with British Rail before becoming a grassroots political activist under Zambia’s first president, Kenneth Kaunda.

He likes to keep a statue of a rearing snake on his desk as a reminder to enemies of his sharp tongue.

“At long last the will of the people has been respected. The people wanted change,” said street vendor Peter Musonda.

Sata secured support among the youth on the back of campaign promises to create jobs and his criticism Banda’s government failed to let ordinary Zambians share in the proceeds from the country’s copper mines.

China welcomed the outcome of the vote and said it would continue fostering cooperation.

Its companies have become major players in Zambia’s $13-billion economy, with total investments by the end of 2010 topping $2-billion, according to data from the Chinese embassy.

But Sata has accused Chinese mining firms of creating slave labour conditions with scant regard for safety or the local culture. — Reuters, AFP

The novel coronavirus has not only claimed Zambian lives, but has also put the country’s democracy at stake
Read more
National