Desktop trap is a cracker 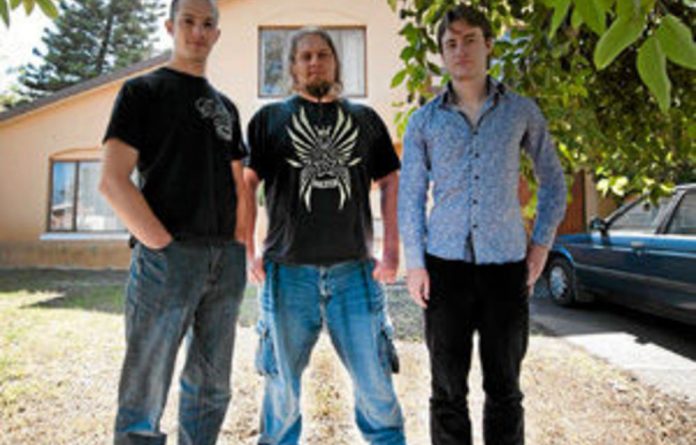 Imagine quitting your day job to create and play games. Seems like the kind of thing that only happens to that Finnish lad who invented an iPhone game called Angry Birds. Or the guy who created Farmville, which all your boring school “friends” play on Facebook because, unlike you, they’ve yet to get a life.

When it comes to the billion-dollar game industry, all the action seems to be happening outside of South Africa — until now. The emergence of social media and the advent of smart phones has broadened the games market considerably and hooked a much wider audience, which is partly why Angry Birds has been downloaded 300-million times and is played for some 1.4-billion minutes a week. The game is accessible, addictive and has helped make its makers, Rovio, worth several billion dollars.

More addictive than crack
Back home locally created indie game Desktop Dungeons is fresh out of the starting blocks but is already winning rave reviews offshore. American science and technology site Wired calls it a “little gem of a game [that] promises fast rewards, even faster battles, and treasure galore — all in 10 to 20 minutes”.

Developer site Gamasutra selected it as one of the top 10 independent games for 2010, and IndieGame­Reviewer.com says Desktop Dungeons is “a free micro rogue-like puzzle game more addictive than crack”.

Although the Mail & Guardian can’t attest to the addictive nature of crack, going a few rounds on Desktop Dungeons, we think it should be sold with a caveat that reads: “Warning: Playing this game can affect productivity.”

Once the game has been downloaded and launched it, it looks deceptively simple. It’s a dungeon that an avatar crawls through with rooms and corridors to explore. Monsters lurk around every corner, but money, spells and magic potions can be found. Players can tackle the enemy head on or save more challenging encounters for later. The bad news is that death is permanent. Unlike other games where characters regenerate, there are no second chances with Desktop Dungeons.

A quick play, the game should take no longer than 15 minutes to complete, if you don’t die. When you start out, death comes quickly and often.

The three characters behind Desktop Dungeons are Danny “Dilekcia” Day (30), Marc “Aequitas” Luck (29) and Rodain “Nandrew” Joubert (24). Day met Luck at the University of Pretoria and they became firm friends, which led to a fair amount of torturous puns about it being their “lucky day”.

“I realised Marc and I had spent loads of time hanging out at the same internet café where we’d played multiplayer games against each other,” says Day. After meeting face to face, Luck and Day spent a lot of free time talking about building games, an obsession for both of them.

Tedious tech work
“University isn’t the greatest place for fostering innovation, and at Tuks I was told I would never be able to make a living in the games industry,” he says. A disillusioned Day changed his BSc degree options to include every course he thought would help him with game design, including art, psychology, business science and an entrepreneurial course. “I did everything I could that I thought could give me a good grounding as a computer game-maker,” says Day.

After varsity, Day went into consulting but started a games forum to keep his mind off the tedious tech work he was doing. “I was building websites but was tired of doing boring, normal IT-type stuff and didn’t have anyone to play computer games with, so I got some software called GameMaker, which makes it really easy to create games.”

Day launched a series of game-creation competitions on the forum, which made it hum with activity. Soon afterwards he bumped into Joubert. “Rodain created this amazing dungeon game with amazing graphics that he had drawn himself.” Day soon incorporated games into his consulting arsenal and under the name QCF Design, with Luck and Joubert, was inventing mobile games for brands such as Colgate, Nokia and Tropika.

Meanwhile, Desktop Dungeons was released in beta form on the forum and drove 190?000 page views merely through word of mouth. The game enthusiasts realised they were on to something big and tried to get funding so they were better resourced to develop the game full-time.

Slow starter
But there weren’t any takers because investors didn’t appreciate the value proposition. “We had run out of cash because we were spending all of our time on Desktop Dungeons because we knew it had huge potential. To raise cash we decided to create a special edition that would be a kick-starter for us. The special edition was priced at $75 dollars and we took payment through PayPal. We were blown away when it sold out in a matter of hours,” says Day. The gamers still don’t have investors but it matters less now, which means they are not under pressure to take just any deal.

Desktop Dungeons, which is distributed exclusively online, has now been downloaded over 280?000 times, not counting China, which is one of the biggest game markets in the world.

“Everyone wants to give us funding now, but we are sorted and we still own all the equity in our business and in the game.”

The big score is that the game recently took one of the biggest awards in indie gaming, which is much like getting gold at Cannes. Desktop Dungeons won Excellence in Design at the 13th annual Independent Games Festival (IGF) earlier this year, becoming the first South African game to be honoured at the IGF.

“We’re the first South African game to be nominated and the first to win, which has opened up a lot of interesting opportunities. Now we turn work away, or pass it on to local developers, because all of our time is spent focusing on Desktop Dungeons, which is doing so well. That’s why we’re throwing all our energy behind it to make it massive.”

Have dungeon. Will crawl. Will battle. Will conquer the world.