Mines asked to cough up as class action looms 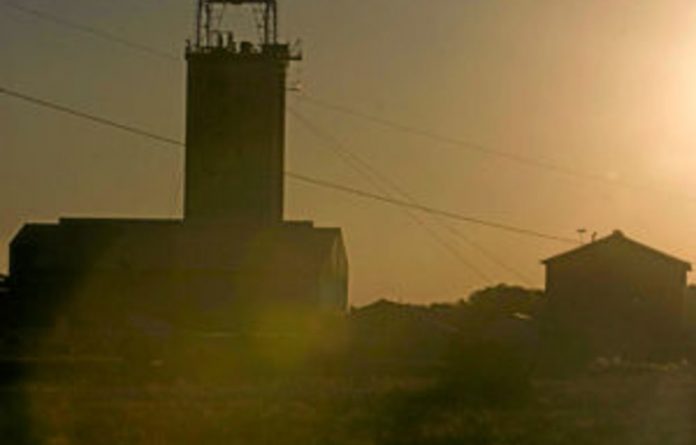 “I feel that my whole life was a waste,” said former mineworker Nkosipendole Fadala. “I can’t work anymore; I can’t make a stable living. I’m a vegetable.”

Fadala (52) worked underground at a Bekkersdal mine for 14 years, until 2000, when he was diagnosed with silicosis.

He is one of around 100 000 former mineworkers who have developed or died from silicosis or tuberculosis over the past 50 years, and is among those bringing a multibillion-rand class action against South Africa’s gold mines.

The workers, represented by human rights lawyer Richard Spoor, are seeking compensation expected to run into billions of rands. They became ill after working on the mines, and were medically boarded or dismissed.

“The company denied that I got it at work,” Fadala continued. “But the doctor confirmed it. I only got compensation in 2005.”

Fadala received a one-off payout of R81 000, which has been spent.

“It was way too little; by 2009, the money was finished. I have six children; my youngest is 12 years old. I am trying to sell shoes for a living, but it’s a hard business and I’m ill.”

“This case is crucial,” said Spoor, “[and is] the most important in addressing the legacy of apartheid. This country was built on the labour of gold miners; they built it with their lives and with their health.

“Mineworkers have borne an enormous burden of injury and disease. This is the problem the TRC [Truth and Reconciliation Commission] failed to address.”

He said the applicants were at the initial stage of drafting an application for certification, to enable the case to be heard in the South Gauteng High Court. This was a difficult task, said Spoor, because there are no precedents for declaratory relief in class actions, but added that the application process would be completed by the end of the year.

Diseases and gold mining
According to the former director of the National Centre for Occupational Health in Johannesburg, Tony Davies, the complainants will have to make use of literature that demonstrates the link between the diseases and gold mining, of which a significant amount is available, dating back to 1914.

“While the other side will probably say that the plaintiffs have been drinking too much, the occupational history, the literature and the medical examinations will show otherwise,” he said.

Adam Letshele, compensation adviser to the National Union of Mineworkers (NUM), said this week that more than 800 mineworkers die from lung disease contracted through work every year.

“The maximum payout is R105 000 and that’s for second-degree silicosis. That lasts at most two years, after which time the men still have the disease and struggle to work in other jobs. We are saying: let’s rather have some kind of pensionable income.”

He said it takes at least four years for claimants to receive their payouts from the health department, to which mining companies pay a monthly levy. “The payments take forever,” he said. “I have a woman whose husband died of second-degree silicosis. She wants to get her payment, but the department is telling her she has to travel over 1 000 kilometres from Springbok, to come up to Johannesburg to discuss it.”

Spoor added that until 1985, black mineworkers who developed lung diseases in the mines were sent home untreated. “They were sent back to Mozambique, Lesotho and Malawi and half of them ended up dead within five years. It was legally sanctioned murder.”

He said that he has been inundated with requests for help. “For every mineworker, we have three widows coming to our office for help. It would be irresponsible to take on every case. We’re turning away a lot of widows so as not to give them [false] hope.”

NUM spokesperson Lesiba Seshoka said: “We fully support any action brought against the mining houses for compensation. We have thousands of mineworkers out of work because of diseases. The amount of money given to sick widows is not enough.”

Frans Barker, senior executive at the Chamber of Mines said: “Companies have been working to improve the management of dust underground — working with the department of health and the NUM to improve the access of former mine workers suffering from occupational lung disease to healthcare and to improve the operation of the statutory compensation fund.