Parkinson’s sufferers get the blues 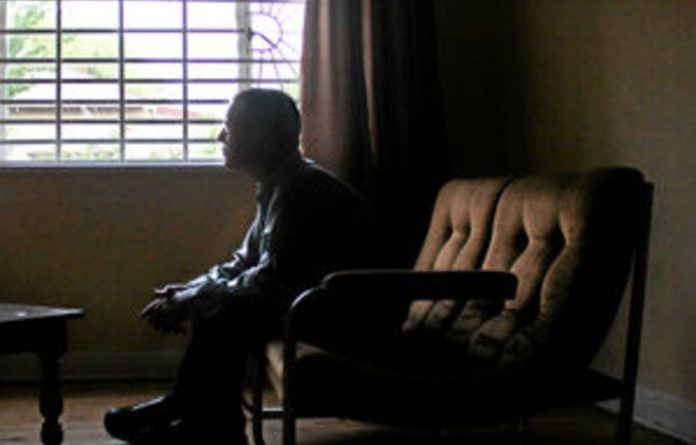 Research suggests that Parkinson’s disease can cause the chemical changes in the brain that result in depression. It affects parts of the brain that help control mood — serotonin (the “happy” chemical) production and the frontal lobe, which is underactive in people with Parkinson’s.

Intense worry, loss of interest in things one used to enjoy, social withdrawal, pessimism, hopelessness, guilt and self-loathing are symptoms patients have described. “When I first started to experience some of the symptoms of Parkinson’s, I struggled with depression. I judged myself severely for taking such a long time to get ready in the morning,” said Carl*.

Apart from the fact that depression is unpleasant, it can make all the other symptoms of Parkinson’s disease worse. “When you are depressed, your physical symptoms seem worse, just thinking becomes more difficult, your relationships become more strained and doing everyday activities, which can be tough anyway, become more difficult,” said Samuel. But people with Parkinson’s do not have to remain depressed; it can be treated.

Depression has been shown to be more common in people with Parkinson’s disease than in other chronic illnesses. Yet depression, even though it is so common, is still highly stigmatised and misunderstood. “About one in 10 people suffer from depression in the general population but most don’t want to talk about it,” said Cassey Chambers of the South African Depression and Anxiety Group. “Society still tends to see depression as a weakness, as something you should ‘snap out of’ but choose not to.”

On 10 October, World Mental Health Day, the group will hold talks across the country to tell people about the connection between depression and chronic illnesses such as Parkinson’s, cancer, asthma and diabetes. “People often feel that it is normal to be depressed after being diagnosed with a chronic illness, but then they feel guilty for not coping. Many feel they can’t speak to anyone about how they feel because no one will understand,” said Chambers.

Chronic illness is isolating enough, but having a chronic illness such as Parkinson’s and also having depression can be devastating. “I often don’t want to reach out because I feel like no one wants to hear about my extra problems,” said sufferer Adele*.

But reaching out is vital. Research shows that people with Parkinson’s who are depressed struggle more with daily activities and are more likely to need medication for their physical symptoms earlier than those who are not depressed. Depression decreases quality of life and worsens symptoms. The good news, however, is that treating depression and getting support can really improve both quality of life and movement. “Being diagnosed with Parkinson’s can be very stressful and upsetting, and the disease does have a negative impact on every aspect of life,” said psychiatrist Dr Frans Korb.

“How a person reacts to their diagnosis and the effects of the illness depends on their personality, attitudes and circumstances, but it’s totally understandable that people feel depressed at times because of Parkinson’s. The purpose of our World Mental Health Day theme this year is to tell people they don’t have to feel this way — there is help.”

The effects of Parkinson’s and depression can affect not only the patient but also family and friends. Caring for someone with a chronic illness is exhausting and stressful, and carers are often so worried about the other person that they forget about themselves. “Loved ones often have difficulty accepting the diagnosis, fear what the future holds, are worried they won’t cope and are confused about the changes a diagnosis means for their roles and relationships,” said Korb. For these reasons carers should get support and help and look after their own physical and mental health.

“Burning out doesn’t help you or the person you love,” said Chambers. Many carers and loved ones find solace in joining a support group in which they can meet other people who are in a similar situation.

If you have Parkinson’s disease and feel as though you are fighting not to let apathy, sadness and depression take over, you are not crazy and you are not weak. You may have depression. If you are struggling with depression, you are not alone and do not have to suffer in silence.

*Not their real names. For more information, visit the SA Depression and Anxiety Group at www.sadag.co.za

A survival kit for healthcare workers, before the Covid-19 third wave hits