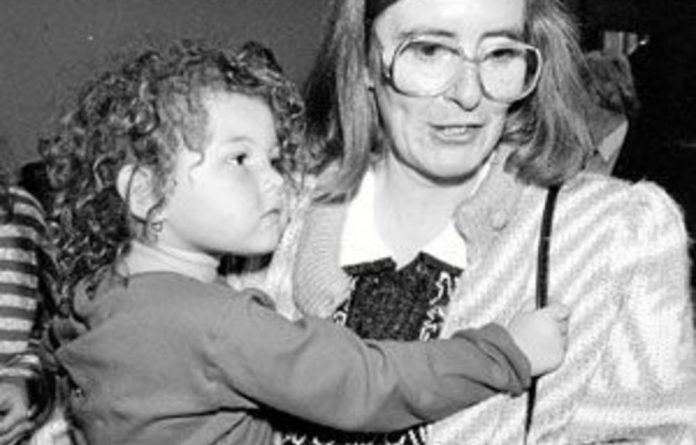 Fraudulent claims are not the only problem facing the special pensions programme for anti-apartheid struggle veterans. A Mail & Guardian investigation has revealed that bona fide claimants have been left out in the cold by the Special Pensions Unit, largely because of red tape.

The unit was established in 1996 under the treasury to vet applications and pay people prevented from accumulating a pension because they were fighting against apartheid.

The M&G revealed earlier this month that the Special Investigations Unit had identified 1 442 special pension recipients whose claims were either submitted fraudulently or were illegally approved.

But interviews with a cross-section of former struggle veterans and activists, including well-known Belgian activist Hélène Passtoors and the man who recruited President Jacob Zuma to Umkhonto weSizwe (MK), Leonard Mdingi, suggest that difficulty in accessing special pensions is as much of a burning an issue as fraud.

Simphiwe Mkunqwana, a special pensions verifier for MK was trained in exile in 1985 and returned to South Africa as part of a six-man underground unit. He was arrested at Rhodes University in Grahamstown in October 1985 and detained for six months.

Mkunqwana, who is still waiting for his first special pensions payment, spends much of his time helping fellow veterans apply for theirs.

He said claimants were “frustrated with the application process, which can take one or two years. Veterans have died waiting for their pension”.

The role of red tape in thwarting bona fide claims is highlighted by the case of Mdingi (84), who is receiving a special pension for 11 years of involvement in the struggle, although his contribution stretches back to the Pondo Revolt of 1960-1962, when he passed messages between Pondo leaders and the ANC.

Mdingi was also banned to Umlazi near Durban for 23 years, from 1967 to 1990, where he met and recruited many ANC members into the party’s military wing, including Zuma.

In spite of his banning order, he travelled to Lusaka to deliver intelligence to the ANC in exile. He was detained on several occasions.

Mdingi, who now lives in Bizana in the Eastern Cape, said he was never informed of the decision by special pensions to award him for only 11 years of service: “I only received a call to submit my banking details and then I received payment.”

Only when a special pensions representative came to conduct fieldwork in Bizana did he learn that he could be entitled to a bigger pension. His appeal was rejected, however, because he had not notified the unit within 60 days of his pension award.

Mdingi, who is virtually homeless and suffering from ill-health, said he had considered taking the matter to court “but, at my age, that would be almost impossible”.

The Pan Africanist Congress has also had problems with special pensions. PAC president Letlapa Mphahlele apparently encountered so many complaints from members about the application process, that in 2007 he appointed a representative, Mudini Maivha, to engage the unit on the PAC’s behalf.

Maivha told the M&G that he had found that the files of many applicants “had been thrown away or critical documents had been removed from them”.

He said that the unit had displayed a great disrespect for and had undermined political organisations. “Rules of engagement change with the weather and monthly meetings between us and them don’t take place,” he complained.

Treasury spokesperson Bulelwa Boqwana countered that “all applications” had been “treated fairly and within provisions of the Act”.

Said Boqwana: “Membership of a political organisation on its own does not warrant full-time political service as outlined in the Act.”

Special pensions applicants also include civic and human rights activists who were not part of the military campaign and some of their pensions applications have also run aground on the reef of bureaucracy.

Jonathan Walton, the provincial advocacy manager for the Black Sash, who is based in Grahamstown and who was detained for nearly two years during the 1980s, unsuccessfuly applied for a special pension four years ago.

Walton is taking up the cudgels on behalf of the about 300 fellow ex-political detainees in the area, who operated under the United Democratic Front.

“There are a lot of black and coloured activists from areas in and around Grahamstown who were arrested under the two states of emergency,” he said.

“The only difference between us activists and military veterans is we opposed apartheid without weapons. We protested, we threw sticks and stones, we disrupted meetings. Our involvement was not subject to pension criteria. We wanted to get involved in a good cause.”

Walton plans to ask the South African Human Rights Commission to order the unit to review applications that have been turned down. “I am fortunate to have a job but, for many of us who don’t, this is a serious human rights issue,” he said.

Douglas Moeketsi is a Botswana national, but his parents were both born in South Africa, which entitles him to South African citizenship.

From the 1960s onwards, Moeketsi harboured political activists and undercover military operatives at his home in Lobatse and then Mochudi — small towns in Botswana near the South African border — using most of his meagre public servant’s salary to help them.

“We did so under very risky circumstances. When assassinations took place, you’d ask yourself: will I be next?” Moeketsi said. His application for a special pension was rejected. “It is not possible for one to be permanently employed gainfully and simultaneously to be engaged full time in a political organisation,” reads his 2001 rejection letter.

Diabetic and nearing 70, he relies on his wife for financial support.

Other Botswana nationals, most of them South Africans exiled during the struggle who stayed abroad, say they applied for a special pension, but the South African High Commission in Gaborone lost their application forms a month before the applications deadline in 2006.

Boqwana said the unit had made the decision that, until the citizenship issue was finalised, these applications would not be considered by the appeal board.

“A researcher was sent to Botswana on June 7 this year to assist the applicants with completing the citizenship verification form. These will be sent to home affairs for verification,” she said.

Then there is the case of the Namibian liberation fighters jailed in South Africa. Sixty-one Namibians — all South West Africa People’s Organisation (Swapo) veterans — were detained on Robben Island under anti-terrorism laws between 1968 and 1985 when Namibia was under South African occupation.

Helao Shityuwete, a Swapo veteran who spent 16 years on Robben Island, said: “We fought in the trenches with South Africans, we were imprisoned in South Africa, we have suffered. Shouldn’t that suffering be compensated?”

Shityuwete and his comrades have filled out pension application forms twice, but have waited three years for the Special Pensions Unit to respond. The Namibians have since taken legal action.

The dispute has been bogged down over the issue of whether it is the responsibility of the Namibian veterans, or special pensions, to determine the Namibians’ entitlement to South African citizenship.

“If our demands [for a pension] are not met, the Namibian people as a whole might consider taking the South African government to court to compensate for the illegal occupation [of Namibia] which destroyed lives,” warned Shityuwete.

Passtoors was an underground MK operative who identified strategic keypoints for sabotage and transported weapons. She was arrested in 1985, severely tortured and convicted for treason. She served three years of a ten-year prison sentence.

In spite of three applications, Passtoors has not received a special pension. She concedes that her Belgian nationality is a stumbling block, but says her dealings with the Special Pensions Unit have been troubling.

“When I didn’t receive a reply to my first application in 2003, a year later, I went to the unit’s office in Pretoria where at first I was told it was refused, full stop. Then I went with an MK comrade who knew someone higher up there. An official got my file and told me the reason.

“Without the help of that comrade — then a colonel, now a general — I would probably not even have had a decent reply.”

Passtoors pointed out that for many veterans, a special pension was more than an economic lifeline, it was the only tangible recognition of their contribution to South Africa’s liberation.

“My four children … suffered a lot, first from insecurity, then from separation from me and then from my long detention and imprisonment,” she said. “Up until 2010, they harboured a grudge because they were under the impression that my involvement had not been recognised.”

Passtoors was invited to the 20th anniversary celebrations of Nelson Mandela’s release from prison last year and received the Order of Companions of OR Tambo in April this year.

“For my children, this meant recognition, finally. Unfortunately, not many veterans and their families have enjoyed such prominence, although many deserve it much more than I.”

According to official figures, the Special Pensions Unit received 71 104 applications between 1996 and the end of July 2011.