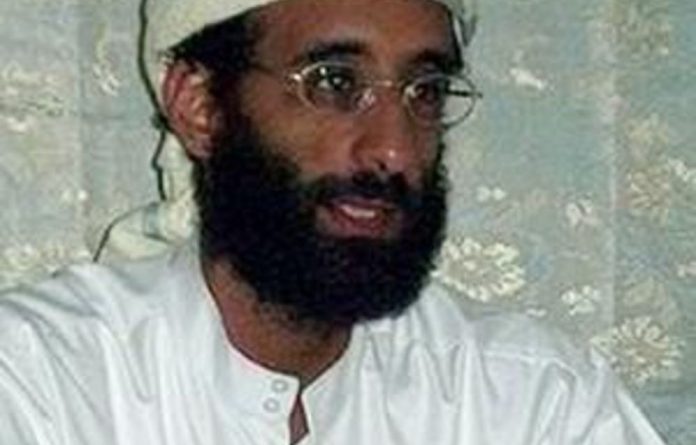 The killing of Anwar al-Awlaki in Yemen on Friday by a US drone strike is the culmination of two years of extensive US efforts to track down the United States-born member of al-Qaeda and put him out of action.

Al-Awlaki, identified by US intelligence as “chief of external operations” for al-Qaeda’s Yemen branch and a web-savvy propagandist for the Islamist cause, was killed in an attack by missiles fired from multiple CIA drones in a remote Yemeni town, US officials said.

Among three other people killed in the attack, a US official said, was Samir Khan, another American who turned to militancy and served as editor of Inspire, a glossy magazine used as a propaganda and recruitment vehicle by al-Qaeda in the Arabian Peninsula (AQAP). The Yemen-based group is deemed by US officials to be one of al-Qaeda’s most dangerous offshoots.

A US official described the other two people killed in the attack as “unidentified associates” of Al-Awlaki and Khan.

President Barack Obama hailed the Al-Awlaki strike as “another significant milestone” in efforts to defeat al-Qaeda and proof that it and its allies will find no safe haven. “The death of Al-Awlaki is a major blow to al-Qaeda’s most active operational affiliate,” Obama said.

US officials said that Al-Awlaki had been a subject of intense interest from American and other counterterrorism agencies at least since late 2009, when he was implicated in two serious incidents directed at US targets.

An official said that Al-Awlaki and AQAP also were responsible for “numerous terrorist attacks” in Yemen and nearby countries in which “scores of Muslims” died. A European official said Al-Awlaki was also implicated in at least two British counterterrorism investigations, one of which involved an employee of British Airways.

A US official said that despite extensive and continuing civil turmoil in Yemen, “The Yemeni government’s counterterrorism programme has remained strong.” Other US officials said that during the last several years in which political disorder has reigned, the US has stepped up unilateral efforts to collect intelligence and conduct counter-terrorism operations in Yemen.

The officials spoke on condition of anonymity to discuss intelligence matters.

The US now has access to facilities in nearby countries including Saudi Arabia, Djibouti and the Seychelles from which it can launch drones and ground-based intelligence and counterterrorism operations, a US official said. This helps explain why US intelligence collection efforts in Yemen have remained productive despite political upheaval there.

US forces had conducted at least two earlier operations against Al-Awlaki in Yemen, including an unsuccessful drone attack four days after the May 1 raid during which US commandos killed al-Qaeda founder Osama bin Laden at his hide-out in Pakistan.

“This was a terrorist who wasn’t simply a propagandist, but over the years had become an operational figure who was increasingly focused on planning and carrying out attacks against the United States and our allies,” a senior US defence official said. “A very bad man just had a very bad day.”

‘Global terrorist’
The US government branded Al-Awlaki a “global terrorist” last year. He had earlier been targeted by US forces authorised to kill him because of what Washington believed was the role he played in radicalising English-speaking Muslims and because of his alleged role in plots to attack US targets.

Al-Awlaki was implicated in at least two major US incidents in 2009. Following the shooting attack on soldiers at Fort Hood, Texas, in which US Army psychiatrist Nidal Malik Hasan has been charged, investigators found evidence that Hasan had been in email contact with Al-Awlaki.

US investigators also believe there was contact between Al-Awlaki and Umar Farouk Abdulmutallab, a Nigerian-born militant who studied Arabic in Yemen and has been charged with a failed attempt to attack a Detroit-bound airliner on Christmas Day, 2009, with a bomb hidden in his underpants. Al-Awlaki was also linked to a plot last year to bomb cargo planes headed for the United States.

In the wake of the underpants incident, US agencies were authorised to kill Awlaki if he could be found. US officials said at the time Al-Awlaki was the first American citizen to be targeted for possible US killing since al-Qaeda’s September 11 2001, attacks on New York and Washington.

The targeting of a US citizen raised concerns among civil libertarians about extra-judicial killings, however. Jameel Jaffer, deputy legal director of the American Civil Liberties Union, said: “The targeted killing programme violates both US and international law.”

At Dar al Hiraj Islamic Centre in Falls Church, Virginia, where Al-Awlaki served as imam, Mohammad Aslam, who attends services at the mosque, said, “Killing here or anywhere in the world is not [a] right thing. Whoever does something wrong, you know, it is supposed to be, catch him and face … the justice.”

It was unclear whether Al-Awlaki’s killing would ease strains between the Obama administration and embattled Yemeni President Ali Abdullah Saleh, who is clinging to power despite months of popular protests, factional violence and international pressure.

The White House has repeatedly called on Saleh to relinquish power and start a democratic transition.

Obama did say that Yemen’s cooperation in the drone strike showed that “the government and people of Yemen have joined the international community in a common effort against al-Qaeda”.

US intelligence officials have said al-Qaeda has been severely debilitated by the loss of some of its top leaders.

In Washington, lawmakers praised the killing of Al-Awlaki.

US Representative Peter King, chairperson of the House of Representatives Committee on Homeland Security, called it “a great success in our fight against al-Qaeda and its affiliates.”

“The killing of al-Awlaki is a tremendous tribute to President Obama and the men and women of our intelligence community,” King, a Republican, said. But he said the United States must remain vigilant. – Reuters