Curating 101: Bringing magic to a room 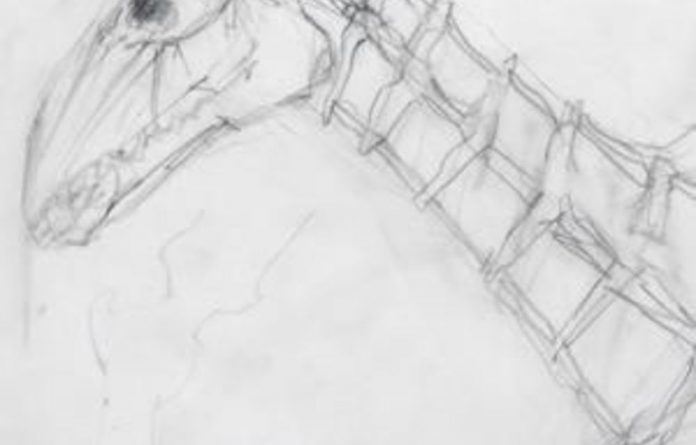 Curator Ricky Burnett’s latest show, Horse, has been both applauded and criticised for its accessibility. But does that mean it lacks complexity? He spoke to the Mail & Guardian about the fine art of curating, and finding pleasure in art.

Horse: Multiple Views of a Singular Beast, the exhibition currently on show at the Everard Read and Circa Galleries in Johannesburg, seems to be based on such a simple idea, and is so accessible, that it’s easy to think you’re missing something. When last was a curated exhibition so, well, easy to understand?

Wandering through the galleries, one is confronted with various interpretations on a theme. Bronwyn Lace’s “re-arranged” horse skeleton is suspended, seemingly weightless, in an empty room. The Handspring Puppet Company’s sketches give away some of the secrets of their award-winning constructions for War Horse. These are juxtaposed with romantic depictions of sporting animals, documentation of horse races, photographs of horses in rural settings, images of riders, images of horses in war.

Is that all there is to it?

For curator Ricky Burnett, starting with such a seemingly basic concept was a way to address many different themes.

Burnett, who made a mark in the 80s with Transitions: A View of Contemporary South African Art, an exhibition that brought black and white South African artists together in one gallery space, recently returned to South Africa after living and working in Washington DC. Despite the political significance of this, his best-known exhibition, he says that he has little interest in what he terms “cultural anxiety issues”.

“I may be seen by some to be a little conservative, a little old-fashioned. I have caricatured it before, to my detriment perhaps. Things like “gender insecurity in a post-imperialistic age”. I don’t ‘get’ those questions. They don’t resonate for me.

“[Everard Read director] Mark Read suggested doing an exhibition about the horse. My first reaction was, “What?”. But then I thought about it. Globally and historically the horse is such a ubiquitous image. You may argue that in contemporary terms it may not be, but then again, a piece by Maurizio Cattelan featured quite prominently at a recent Venice Biennale. So the horse still feeds contemporary art.”

“My appetite is for variety. I am interested in what happens when you put unlikely things together. As a curator, my curiosity is about the magic of a room, rather than the austerity of an idea. I have been accused of being romantic, but I believe that the first and most important experience of art is a visceral and emotional one. It’s something that you feel first, and think about second. If the feelings that you feel first aren’t powerful enough, the thoughts you have are never going to make up for it.”

So how did the theme aid this approach?

“In wanting to do an exhibition of broadness and scope, the horse seemed like a natural ally. Horses feature in dreams of sexuality, in the politics of agriculture, issues of domesticity versus issues of wildness, issues of the history of colonialism, texture, surface, design, biology, brutality, wealth, poverty. It’s all there.”

Burnett has assembled an impressive list of artists, but says that it was what was offered in terms of content, rather than a need to include “big names”, which influenced what work was included.

“What I didn’t want to do was establish a ‘guest list’. What I wanted was a range of feelings, range of scale, intimacy as distinct from public, narrative as distinct from expressionism. So I worked out a map of these ideas, and then contacted people who I thought could bring these ideas to the party.”

He denies that this gives the curator control of the process.

‘Simple-minded’
Burnett emphasized that the result should, ideally, be a multi-layered conversation between artists, and suggests that, at a time when public and political discourse is becoming one dimensional and “simple-minded”, it is reassuring that, in a gallery space, a dialogue between many different voices that can communicate irrespective of differences in age, gender, race and politics.

Not that getting artists to buy into the idea, simple as it seems, was particularly easy.

“I approached David Brown because I wanted a work robust physicality, and his work always has weight and gravity. And he said ‘I’ve never thought about horses, I don’t work with horses.’ But he called me back later to tell me that he had remembered a story about his grandfather. He was in the First World War, wounded and lying in the mud, and not far away there was a horse, also wounded. And he crawled over and shot the horse to put out of its misery. And at that moment a shell exploded where he has been lying, and he realised that shooting the horse has saved his life, and that made it possible that David was born. So David has made a sculpture that monumentalises that story, And so each artist finds a link, or a hook, or a new way of thinking about it.”

He responds to criticism that has been levelled at the show, that it is, perhaps, too simplistic or shallow, or summed up, negatively, as “contemporary art made accessible”.

Burnett reiterates his idea role of the curator in translating work for the audience.

“There’s a way of thinking about exhibitions and curating as though you need to change people’s minds about something. That you know something that the audience doesn’t, be it about sex or politics or gender or the metaphysics of science and symbols, and you are going to change their minds about it. I believe that the job of a curator is to activate minds, not to change them. Didacticism is fundamentally tedious and boring. Activate minds by finding little connections between things. Find the pleasure. Everything else will flow from there.

The opening of the show was so popular that people had to park their cars five blocks away from the gallery, and, overall, the response has been warm, with people coming in every day to see the show, a rare thing for any exhibition.

So, is his approach the “right” approach? And is it “populist”?

“Perhaps the show I do will be far more austere. It depends on what happens. But it’s not about popularising anything by reducing value. We are talking to an art audience, and that art audience has responded well.”

“Every day there are schoolchildren coming to the gallery. And the gallery has never been empty. That’s a kind of success I can live with.”