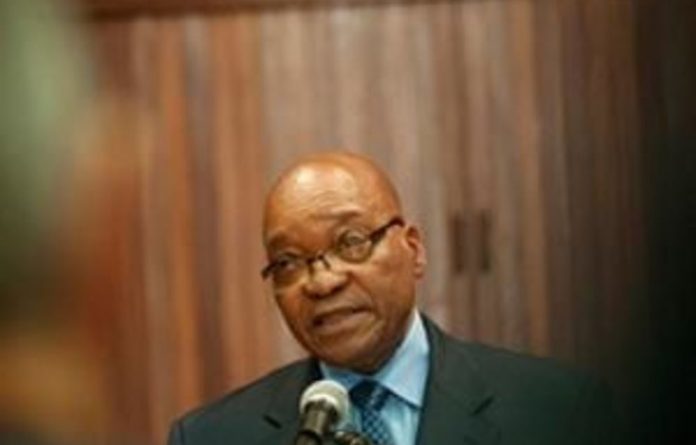 Zuma, who was speaking at a public lecture at the University of Pretoria, said: “Our foreign policy is independent and decisions are formed by national interest. We are not dictated to.”

Zuma made the comment after highlighting that South Africa’s recognition of a one-China policy abided by international norms.

Zuma’s government has come under criticism over the manner in which it handled the planned visit of Tibetan spiritual leader the Dalai Lama for Archbishop Emeritus Desmond Tutu’s 80th birthday celebrations.

He said that Africa and the Southern African Development Community were the cornerstones of South Africa’s foreign policy.

Zuma said the “partnership” between the world and Africa, especially the African Union, was “under strain” during the crisis in Libya.

“The AU and sub-regional bodies [in Africa] need the support of the UN and international bodies as a whole.”

Referring to the United Nations, he said it was unacceptable that the UN Security Council did not have permanent members from Africa and South America.

“Africa and Latin America are not represented as permanent members on the Security Council. This is a negative anomaly.”

A reform of the UN and its structures was needed, Zuma said. — Sapa