More meat on that chicken bone 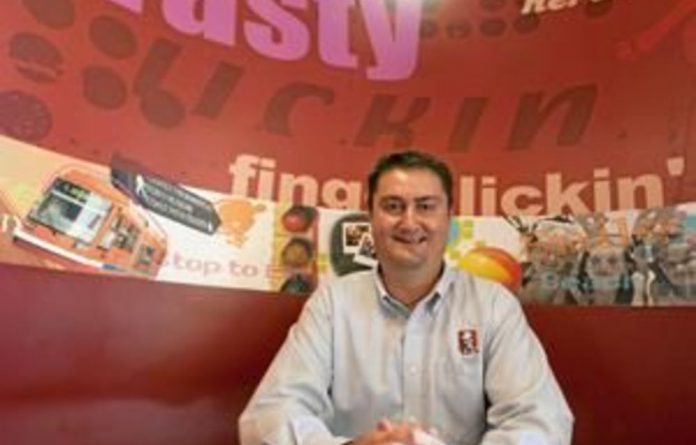 The colonel is long dead but KFC in South Africa is forging ahead regardless, from one store in Orange Grove 40 years ago to more than 600 countrywide today.

Its entry into the local market on September 5 1971 was the second into the world market outside the United States, after Australia.

But KFC’s expansion story is about more than just adding new stores to the chain: the fast-food outlet has used South Africa as a launch pad into the rest of Africa. The “finger-lickin’ good” brand is now in Swaziland, Namibia, Botswana, Mozambique, Lesotho, Nigeria, Zambia, Kenya and Ghana, and new stores are planned in Malawi, Zimbabwe and Angola this year still.

The franchise is also in the middle of buying out Kumnandis, the largest franchisee of KFC’s international parent company, Yum. It operates 68 KFC stores in Gauteng, Free State and the Northern Cape. The transaction, which is under review and awaiting approval from the Competition Commission, will give KFC an edge over rival McDonald’s, which did an empowerment deal this year with black businessman Cyril Ramaphosa to give it more muscle in South Africa.

The expansion does not end there. KFC is also enlarging its menu to attract the early morning travel market with a new breakfast launch and it will lure the health-conscious consumer with its muesli, fruit salad and oatmeal offering.

Is this confidence not rather incongruous in the light of the ongoing global financial crisis, which has sparked job losses in the millions?

South Africa’s managing director of KFC, Keith Warren, who is also Africa general manager of Yum’s restaurants, feels the confidence is justified in the context of Africa being on the brink of prosperity. Also, South Africa’s middle class, which is its biggest market, will continue to grow despite some stagnation recently during the recessionary conditions.

‘Sexy business’
The 42-year-old Warren is patient about having endless rounds of photographs taken from many angles. He peppers much of the interview with “I just love this company” and says KFC is a “sexy” business. This is understandable, considering he has worked for the same company his entire working life. After graduating from the University of the Witwatersrand as a chartered accountant, he completed his articles at KPMG before moving to Yum.

His accent is confusing. He has a twang: Canadian, maybe American, actually slightly Australian. He worked at KFC down under for eight years but is happy to be back in Johannesburg, which “has the best weather in the world”. Now the father of two spends most of his workdays in aeroplanes flying from one country to another, mainly in Africa, to steer the expansion.

There is not a single secret to the brand’s success. It is a true story that the recipe for KFC — the spices, flour and herbs combination — remains a closely guarded secret known only by two people, heavily guarded in a locked vault.

Warren says it is a myth that KFC is the chicken of choice for the black middle class — it is “every South African’s chicken”. Of those who access quick foods, 98% access KFC, he adds, showing “broad appeal”.

Historically there were other reasons for the chain’s success. When it opened in the 1970s, according to Warren, the way to get around the problem of apartheid without breaking the law was to not have toilet or dining facilities. This allowed black customers to enter through the front door along with whites and all races could leave the store with their chicken buckets tucked under their arms.

KFC, he says, does not try to be “all things to everyone”. But if that is the case, why is it doing muesli and oatmeal cups and planning to add salad to its offering when it has not done so for 40 years? “Women like to have some salad. People generally don’t want salad but they like to know that it’s an option,” says Warren.

The company’s research indicates that consumers prefer chicken to beef, which is considered a less healthy choice, and they like to have meat off the bone.

KFC is successful globally and has a market capitalisation of $25-billion. A possible secret to its local success could be its marketing campaigns, especially the “share” concept used with the Gazatha meal. In different versions of the campaign, arch rivals share a meal: socialites Kelly Khumalo and Khanyi Mbau, and Kaizer Chiefs and Orlando Pirates goalkeepers.

KFC also has clever advertising aimed at male eaters who apparently love their protein and carbs.

Nothing is gospel anymore about what constitutes healthy food and it remains to be seen whether KFC’s new strategy of targeting the health-conscious will add to its bottomline.

Weight loss company Atkins says slimmers should focus on healthy eating and control refined carbs and get some exercise. Warren concedes that KFC is not an everyday healthy option and agrees that chips are bad for you.

Deep-fried chicken is known to be less healthy than its grilled counterpart, but by quite how much is less certain: KFC’s regular Twister equals 2 665 kilojoules and grilled it has 1 805 kilojoules.

KFC is definitely not the healthiest of foods: its batter is unappealing, its white rolls are extremely refined carbohydrates and its coleslaw is dripping in unhealthy mayonnaise. But South Africans clearly love it.

The bottom line is that KFC is popular and its business success is impossible to dispute, given the expansion that is continuing like nobody’s chicken business.

Will the new media code rein in haters?

The media and the ANC’s paranoid gaze