Quake death toll soars as the dust clears in Turkey 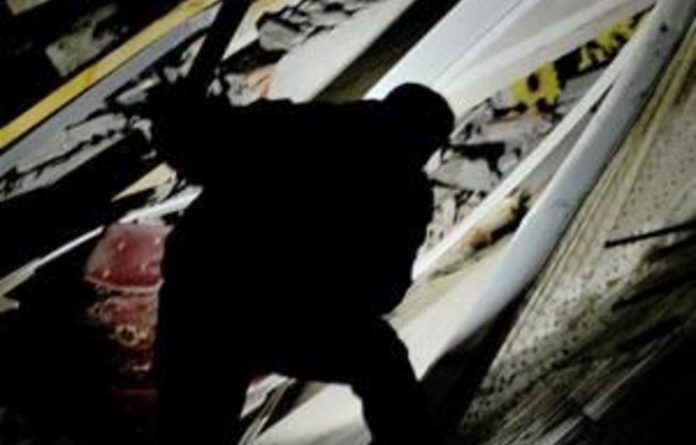 More than 200 people were confirmed killed and hundreds more feared dead after an earthquake hit parts of southeast Turkey on Sunday with rescue teams working through the night to free trapped survivors.

At midday on Monday Interior Minister Idris Naim Sahin said the 7.2 magnitude quake had killed 264 people in the city of Van and the badly hit town of Ercis, 100km further north. The death toll was expected to rise.

Overseeing emergency operations in Ercis, Sahin said a total of 1 090 people were known to have been injured. Hundreds remain unaccounted for.

Rescue efforts struggled to get into full swing following the quake, with electricity cut off as darkness fell on the towns and villages on the barren Anatolian steppe near the border with Iran.

Prime Minister Tayyip Erdogan said there were an unknown number of people unaccounted for under the collapsed buildings of the stricken towns, and he feared the worst for villagers living in outlying rural areas, who had still to be reached.

“Because the buildings are made of adobe, they are more vulnerable to quakes. I must say that almost all buildings in such villages are destroyed,” Erdogan told a televised news conference in Van shortly after midnight on Sunday.

Scores of strong aftershocks have jolted the region in the hours since the quake struck at 10.41am GMT on Sunday.

‘Be patient’
In Van, a bustling and ancient city on a lake ringed by snow-capped mountains and with a population of one million, cranes shifted rubble off a crumpled six-storey apartment block where bystanders said 70 people were trapped.

Erdogan visited Ercis earlier by helicopter to assess first hand the scale of the disaster. With 55 buildings flattened, including a student dormitory, the level of destruction in Ercis, a town of 100 000, was greater than in Van, where fewer came down.

“We don’t know how many people are in the ruins of collapsed buildings, it would be wrong to give a number,” he said.

Reuters television images from Ercis showed rescuers trying to calm one young boy, aged about 10, pinned beneath a concrete slab.

“Be patient, be patient,” they pleaded as the boy whimpered. The lifeless hand of an adult, with a wedding ring, was visible just a few centimetres in front of his face.

The military issued a statement saying two battalions had been sent to assist the relief operations.

Military deployment
Soldiers were deployed in the town to help rescuers and digging machines had also arrived to help. There was a constant wail of ambulance sirens ferrying the injured to hospitals.

Dogan news agency reported that 24 people were pulled from the rubble alive in the two hours after midnight.

“Ambulances, soldiers, emergency teams everywhere now, working on getting people out of collapsed buildings. I have seen many dead bodies being taken out, the teams are trying to find people alive,” Orsal said.

Hospital damaged
One nurse told CNN Turk news channel the town’s hospital was so badly damaged that staff were treating injured in the garden, and bodies were being left outside the building,

After visiting the quake zone, Erdogan returned to Ankara, where he is expected to chair a Cabinet meeting to discuss the response to the disaster.

He said Turkey was able to meet the challenge itself, but thanked countries that had offered help, including Armenia and Israel, two governments that have strained relations with Ankara.

In Van province officials scrambled to provide shelter for people rendered homeless or too afraid to go home while the aftershocks continued with alarming regularity.

“We are working on supplying people with places to spend the night, find shelter. One hundred tents are being erected in the city stadium now, and 700 more will be put up in the municipality stadium,” Sahin told Reuters in Ercis. — Reuters