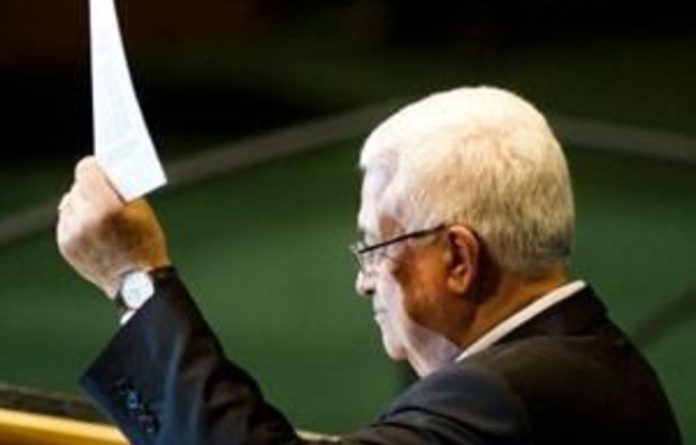 Palestine’s bid to become a full member of the UN has received the full backing of South Africa, which has called for the application to be resolved soon.

“South Africa looks forward, sooner [rather] than later, to welcoming Palestine as the 194th member of the United Nations,” the government said in a statement on Tuesday.

Palestinian president Mahmoud Abbas made a historic application for full membership of the United Nations to a standing ovation in the UN General Assembly in September.

The 15-member Security Council pushed back the bid to a special membership committee to give its verdict.

Opposition to the bid
The United States and Israel, strongly opposing the bid, say only direct Israeli-Palestinian talks can create a Palestinian state.

South Africa, a non-permanent member of the Security Council, accused the Council of being “paralysed by inaction” in resolving conflict in the Middle East while it acted speedily in dealing with the Arab Spring.

South Africa welcomed a proposal for new peace negotiations between Israel and Palestine brokered by the Mideast Quartet — a group comprising the United States, the United Nations, the European Union and Russia — and called for an agreement before the proposed deadline of end 2012.

At the same time, it condemned Israel’s plan to build 1 100 houses in occupied territories.

“The single major obstacle to the negotiations is clearly the incessant building of illegal settlements by Israel,” the statement read.

Palestine’s bid needs the approval of nine members of the Security Council, but the US has said it will veto the decision.