Battle won but fiscal war not over 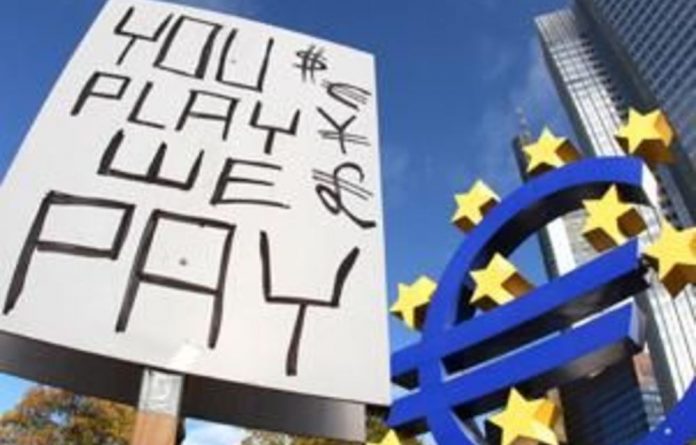 Europe’s leaders are claiming victory in the eurozone crisis after agreeing to new deals that halve Greek debt and increase the firepower of the main bailout fund to about €1-trillion. Athens will be handed a new €100-billion bailout early in the new year.

The accord was reached early on Thursday after hours of fractious debate. At one stage, talks broke down with holders of Greek debt, but they ended up accepting a loss, or “haircut”, of 50% in converting their existing bonds into new loans.

Although stocks and euro rose on news of the deal, the real challenge lies ahead. The temptation for policymakers will be to breathe a huge sigh of relief and relax. That, though, would be the wrong response, since an even bigger challenge will present itself: how to get the economies of the 17 countries that make up the monetary union moving again. The looming recession this winter will highlight the fact that, deep down, Europe’s debt crisis is really a growth and employment crisis.

Predictably, there is no consensus about how faster growth could be achieved. Germany would like everybody to become more German, improving efficiency and cutting costs so that increased competitiveness boosts exports. Reducing domestic costs through austerity programmes prices goods back into global markets in the same way that a cheaper currency does.

Some countries in Europe have successfully followed this approach. Latvia and Ireland have cut their budget deficits in spite of suffering deep and painful recessions. Berlin’s argument is that if Latvia and Ireland can swallow their medicine, why not Greece and Italy?

There are, though, problems with this strategy. The first is that the cuts in living standards in Ireland and Latvia followed periods of extremely strong growth, making them easier to bear than in countries with records of slow growth such as Italy.

Perhaps more significantly, the model works if only a handful of countries are belt-tightening. If every country is simultaneously belt-tightening the overall level of demand will fall and there will be no market for cut-price goods and services.

This is the point made repeatedly by the governor of the Bank of England, Mervyn King, who has warned that the global economy’s recovery from recession will be longer, slower and weaker unless those countries that have strong fiscal positions cut taxes and raise spending. In the context of the euro area this means Germany, which is by far the strongest economy of the 17 and which has come under pressure to help out Greece and the other struggling countries by more expansionary domestic economic policies.

Germany is insistent
Berlin is insistent that this is not going to happen. It argues that Germany entered the euro with an overvalued exchange rate and spent the first half of the past decade grinding out productivity improvements that made exports relatively cheaper. The message to the rest of Europe is simple: if we can effect an internal devaluation then so can you.

It is debatable whether Greece or Italy can emulate the German model. One problem is austerity fatigue — the inability of democratically elected governments to get their voters to accept year after year of cuts in living standards. A second is that the poorer countries of the eurozone are riddled with structural economic weaknesses and there is little hope of them matching the performance of a German model.

Two other proposals have been floated. One is to move rapidly to fiscal and political union, which would allow resources from the rich parts of the eurozone to be transferred to the poorer parts.

Money from taxpayers in Germany and the other northern European countries would be spent in the countries to the south. In return, there would be strict budgetary discipline and a commitment to root and branch economic reform. This may happen, but would take at least three or four years.

Another suggestion is that the European Investment Bank should float common European Union bonds that would be used to finance infrastructure projects, following the approach of Franklin Roosevelt’s bond-financed New Deal in the 1930s. Jean-Claude Juncker, the president of the euro group of finance ministers, has argued that this could be done by converting a slice of the national debt of individual countries into tradeable EU bonds.

To sum up then: blanket internal devaluations will leave Europe in economic permafrost; expanding German domestic demand would lead to stronger growth but is a political non-starter. Fiscal union is years away and so, unless Europe plumps for a New Deal (which looks unlikely), the prospects for growth and unemployment look extremely bleak. –