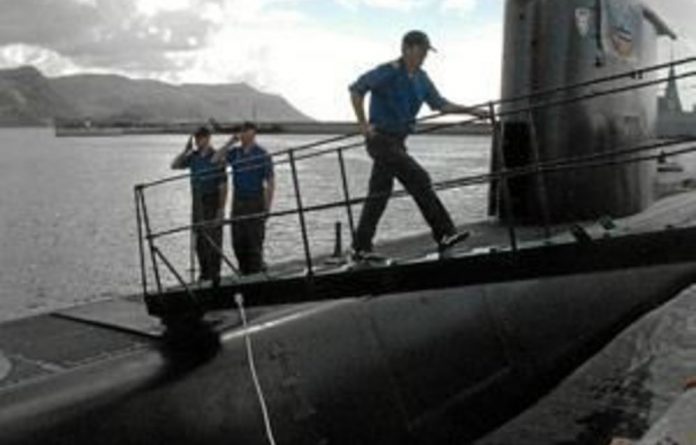 A leaked report on the contract to supply South Africa with submarines has exposed the major deceit at the heart of the arms deal — the inflated promises of offsets.

Offsets — investment and trade obligations incurred by the winning bidders — were central to the government’s justification for the deals. It claimed that the defence package, worth R30-billion in 1998, would deliver nearly R110-billion in offset benefits.

These promises were also decisive in the evaluation of the winning bidders, none more so than that for the German Submarine Consortium, led by Ferrostaal, which promised offsets of nearly €3-billion on a contract price of €660-million.

But since then the German engineering giant has been dogged by allegations that it paid bribes to secure business and its new management has being trying to rebuild the company’s reputation –including through an external review of its more controversial contacts.

The Mail & Guardian has obtained a copy of a report by German law firm Heuking, Kühn, Lüer, Wojtek, dated February 2011, that focuses on the South African deal and exposes the company’s own baleful assessment of the offset programme.

This comes as the department of trade and industry has just released its final offset figures for the arms deal, which claim to show how Ferrostaal not only met, but exceeded its obligations.

The department has consistently refused to reveal how it arrived at its figures — and the Heuking report exposes the contradictions between its claims and Ferrostaal’s internal assessment of key projects.

Indicative of the real attitude of the German company was a calculation done by senior executive Wolf-Rüdiger von Toll, Ferrostaal’s Southern Africa chief, who took as his baseline that the penalty for failure to deliver the offsets was 10% of the submarine contract value, or €66-million. That meant spending anything more would be more expensive than walking away from the offset obligations.

In the end, Ferrostaal spent just €62-million, accounted for as contract expenses, but was credited with achieving €3,1-billion in offset credits by the department.

Just how this could happen is one area that will demand inquiry from the newly appointed arms deal commission, but the Heuking report highlights some of the more bizarre mismatches between the department’s national industrial participation credit figures and what happened on the ground.

Credits appear to have been negotiated upfront, based on proposals and feasibility studies, and awarded pretty much in full, irrespective of the actual lack of success of the project.

In response to a request in July for a detailed breakdown of how the credits were arrived at and whether and by whom they were audited, the department responded: “Each claim submitted by an obligor for credits is supported by either an external audit report or supporting documents as proof of the transaction. The claims are interrogated and approved by an interdepartmental committee and not internally by the department.”

The Heuking report noted: “The project failed shortly after the loan disbursement by Ferrostaal, notably because the operator had paid the money received to its shareholders. The project was then restarted with a new operator, which became insolvent a short while after loan disbursement.”

The project was brought to Ferrostaal by Shakeel Mughal, who ran a United Kingdom company called Tricolom that specialises in offset consulting.

The initial partner was a UK company called Trimica Ltd, which was registered to a small house in Surrey, shareholders unknown. It was set up shortly before it began operations in 2004 and finally struck off the UK companies list in 2007.

Cleverly, Mughal negotiated a commission on the offset credits granted, which the department initially put at €250-million.

Between February and October, Ferrostaal paid about R9.6-million in advances to Trimica before discovering that the money had mainly been paid out to shareholders instead of being used to finance the business. Ferrostaal was forced to pull the plug.

Mughal, through a company he registered called Avanticall, took over the business and the department continued to make offset awards. Avanticall folded in 2008.

In February 2005 the Atlantis Education and Training Institute was launched by the ANC’s Cameron Dugmore, then the Western Cape’s provincial minister of education. The institute was an offshoot of the Atlantis Economic Development Trust. Ferrostaal lent the trust R24-million to build the training institute.

But by late 2006 Ferrostaal had taken the trust to the Western Cape High Court to have it provisionally wound up after allegations of fraud against its trustees.

It was alleged in court papers that some of the trustees had fraudulently invoiced the trust for almost R3-million and withheld tax from the South African Revenue Service and the Unemployment Insurance Fund.

The department of education took over the training centre and it is now the West Coast College, a further education and training facility run by the education department. Ferrostaal allowed the court battle to die a quiet death.

According to the Heuking report the project was initially supposed to be operated by Madhvani International SA, a company incorporated in the British Virgin Islands but with Ugandan roots.

The correspondence suggested the company had good contacts with Alec Erwin.

“As part of the investigations it is also noticed that the negotiations were led by Shamim Shaikh, who at the time of negotiations on the submarine was chief of acquisition of Armscor,” the report notes.

At one point, according to internal Ferrostaal emails, there was a “heated” blow-up with Shaik about obtaining the approval of Ferrostaal for the “project account records”. This caused Ferrostaal to break off negotiations with Madhvani.

Eventually the Eastern Cape Development Corporation took over management of the project and received the Ferrostaal funds in mid-2005 but, according to a recent Sunday Independent report, the final destination of the funds could not be properly verified.

The corporation made several other multimillion-rand cash injections, but the plantation was closed on a regular basis because of strikes and vandalism. It has finally washed its hands of the project and handed over responsibility to the provincial agriculture department.

Ferrostaal first assisted with the setting up of Ferroman, a local Ferrostaal arm with a black economic empowerment component. Chippy Shaik appears to have been involved.

Internal Ferrostaal documentation reveals that on November 11 2002 a meeting was held in Rosebank that dealt with the constitution and projects of Ferroman.

The Heuking report notes: “Striking is the participation of ‘C Shaikh’ as well as ‘J Mahomed’. This is Julekha Mahomed, the lawyer for South African President Jacob Zuma at the time, who served as a director in Ferroman.”

Ferroman then bought 30% of engineering firm MDM to form MDM Ferroman, but by 2006 the company had collapsed and been liquidated.

An initial report to creditors showed R650-million of liabilities compared with total assets of merely R1.3-million. It said MDM Ferroman appeared to have been struggling with its cash flow for a long time and all but a few of its recent contracts were run at huge losses.

Litigation flowing from the collapse is ongoing.

SAMES is a printed circuit-maker owned by the politically connected firm Labat Africa. The Heuking report notes: “Labat Africa has close relations with the ANC and was in 2001 headed by the late Joe Modise. He was at the time of the negotiations on the submarine contract the South African minister of defence.”

Although the loan was agreed long after Modise had died, it is evident that Labat has retained its political aspirations, having attempted a tie-up with Aurora Empowerment Systems, the company linked to Zuma’s nephew and lawyer. There is now an investigation into money siphoned from Labat while Aurora was on board — and most recently Labat has indicated it wants to turn the loss-making SAMES facility into a pharmaceutical production line.

Long Walk to Freedom is the title of the autobiography of former president Nelson Mandela, for which local producer Anant Singh has obtained the film rights. Plans to go ahead with production have been delayed a number of times and the movie remains unmade.

The Heuking report discloses that the main supply contract contains an anti-bribery provision: if the German submarine contract or its representatives are convicted of corruption or other illegal acts in terms of the awarding of the contract, the South African government is entitled to terminate the contract and claim 10% of the contract price as damages.

Recently Ferrostaal shareholders approved paying a €149-million fine to settle a bribery case related to the sale of submarines to Greece.

Heidi Swart
Heidi Swart is an independent investigative journalist. Since starting her reporting career in 2010, she has written for various national publications.
Facebook
Twitter
WhatsApp
Linkedin

Fight for Philippi: Cape farmland could lose ground to housing