The business end of philanthropy 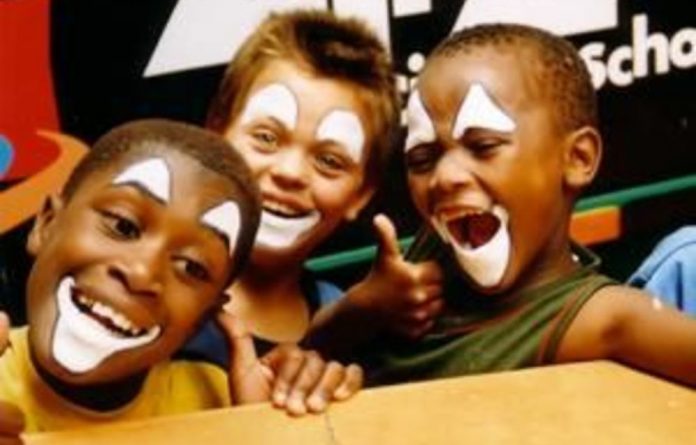 ‘Everything I ever did was about money. I left the army and spent the next 17 years helping to turn the world’s largest independent marine services provider into a £3-billion-turnover company.

“Henley is known to focus on personal development and the study trip to work with non-governmental organisations (NGOs) in South Africa piqued my interest. I mean, non-profit and me just don’t go. I wanted to understand what drives people to do this, to work for no profit.”

Phillips is part of a group of 30 Henley MBAs who arrived in Cape Town last month to help five NGOs to improve relationships with current or potential stakeholders. The study trip is part of the Henley reputation and relationship management module. Whereas the Harvard Class of 2009 developed its “MBA oath” (taken on a voluntary basis) to “create value responsibly and ethically” in the aftermath of 2008, Henley’s programme has been running for six years.

For most, like Turkish-born Sevil Rush, it is their first exposure to Africa. “As a public-sector accountant, I have had some exposure to the social-care culture, or at least I thought I had. But I have never met people who are so genuine, so caring. It’s on a totally different scale from the kind of social care I have been exposed to in the United Kingdom.”

Yewande Adebakin, who thought she was going to be faced “with a very grim, depressing picture” was similarly amazed by the energy and warmth of the people she met through her NGO.

That’s not to say the picture is entirely rosy. Raahul Sehdev, an MBA who brings his years of business experience in strategic marketing to bear, comments: “Yesterday we played soccer with a group of girls who are wards of the court and in the care of St George’s Home.

These are extremely vulnerable girls, given a safe haven and freedom of thought and expression, yet without a sustainable model to attract funding the home will be closed in seven years. As with any other business, NGOs will fail without a proper strategic vision.”

Indeed, in the current economic climate the outlook is bleak for many NGOs, with an estimated 120 000 vying for ever-dwindling resources. “In some instances foreign donors see other countries as being more in need today, especially when it comes to HIV, which is no longer seen as an epidemic here,” says Natalia Ozherelyeva, who hails from Russia and has led the team assisting Aids Response, an NGO that supports care-based organisations.

“They have lost 30% of their funding. One stakeholder, a corporate social investment company, explained that its focus had changed to education and youth issues. Another stated that it no longer believed in spreading the money across a variety of NGOs, but rather in rationalising and funnelling the money into big, far-reaching NGOs,” Ozherelyeva says.

In spite of the brevity of their involvement, the contribution Ozherelyeva and her team made was described as “invaluable” by Lorna Housten, a programme manager of Aids Response. “We asked the Henley team to translate what we do into corporate social investment language.

Aside from leaving us with fresh insight into how we can talk to corporates, the team also affirmed us as an organisation. It is important to hear an unbiased third party tell us that we know what we are doing and are doing it well. Their humility and respect was amazing. There was none of that First World arrogance that says ‘we know, this is what you must do’. They really listened.”

“Sometimes, you are so deep inside an organisation keeping the engine running, you can no longer see where you’re going,” says Brent Van Rensburg, the director of the Zip Zap circus, another NGO chosen for the MBA project. “We simply don’t have the capacity to investigate our organisation in the way the MBAs did and the points they raised really made us think.”

“Food for thought is what we hope to deliver,” says Rush. “The NGOs know what they are doing, they just need people from the outside to provide a fresh perspective. We come with no vested interest. It’s a case of ‘this is how we see your organisation, this is how others see you, you can go this way or that’.”

Clearly, the impact works both ways. “The experience has left a lasting impression,” says Sehdev. “It was so different from our experience in China, a study trip in which we consulted to new-venture projects and where you could see the hunger for profit in their eyes.”

When you consider how desperately South Africa needs entrepreneurs and that an estimated 90% of start-up businesses fail, you can’t help asking why the Henley programme focuses only on NGOs in South Africa, whereas the China study trips assist emerging entrepreneurs.

Jon Foster Pedley, the dean and director of Henley Business School South Africa, is quick to respond. “The programme is constantly being revisited and we certainly intend to extend it to start-up entrepreneurs, SMMEs and SMEs. In fact, we are in talks with a large sponsoring organisation to do just that.”

Other than that it needs to be rolled out to start-ups, it is hard to fault the programme. It may be impossible to quantify it in terms of improved services on the ground, but in the words of one participant: “Six bright business minds potentially charging a very conservative consultancy fee of R400 an hour and working an average of 80 hours each is just short of R200 000 for each NGO. But the value is so much more.”

“I know you can’t change who you are, but I wanted to change the way I behaved,” says Phillips. “Having spent time working with an NGO, I feel I have a greater appreciation of how intertwined many social problems are. The challenges they face are as enormous as any I have had in my business; the only real difference is that money is not the outcome. I wish I could spend 12 months helping them focus on the business side of things. Maybe once I’ve paid for this degree, I will.”