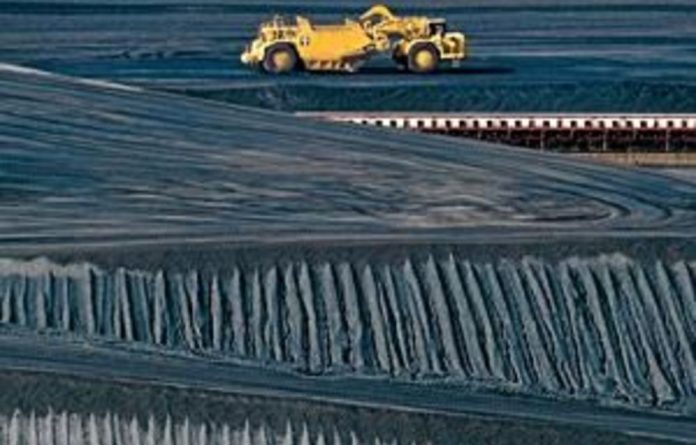 Plans to reduce South Africa’s carbon overload by capturing noxious gases and storing them in the ground came under fire this week in the run-up to Durban’s COP17 climate change conference.

The technology has drawn growing interest in recent weeks and is expected to be a hot topic at COP17 later this month.

President Jacob Zuma and Energy Minister Dipuo Peters gave it a boost when they visited a carbon capture and storage demonstration plant during a state trip to Norway last month. The Norwegian government, with local industries, has invested in the development of the technology in South Africa.

Delegates at a carbon capture and storage conference hosted in Midrand by the department of energy last week said the technology was appropriate in South Africa because of its heavy reliance on fossil fuels, which provide more than 90% of the country’s primary energy and are responsible for emitting more than 400-million tonnes of carbon a year.

“Instead of allowing these gases to escape into the atmosphere, we divert them and put them through a chemical process that separates the carbon dioxide from the flue gas. The CO2 is then compressed and in this form can be stored underground, in deep storage sites such as saline aquifers or depleted oil and gas wells.”

Boneham said the technology had been shown to work in North America and Europe, and could play a significant role in reducing South Africa’s carbon footprint.

An atlas published by the department of energy and the Council for Geoscience identified potential storage sites, 98% of them in the Mesozoic basins along the coast. Potential onshore sites included coal seams and depleted oil and gas reservoirs in Zululand, near Port Elizabeth and in the coalfields.

SA primary energy level
According to the atlas, coal contributed more than 65% to South Africa’s primary energy supply, oil 21.5% and gas only about 2.8%. “It is apparent that South Africa will remain reliant on fossil fuels for the next few decades until other energy sources can gradually replace these high-carbon fuels,” it said.

Lawyers were putting in place a legislative framework for carbon capture and storage development and the first test injection into the ground was expected to take place in 2016. Demonstration plants were expected by 2020 and commercial deployment from 2025.

The development was being co-ordinated by the Centre for Carbon Capture and Storage, a division of the South African National Energy Research Institute. The centre was established in 2009 with funding from Sasol, the British high commission, Eskom, Anglo Coal, Exxaro, Xstrata Coal and the Norwegian government.

But Greenpeace Africa’s climate campaigner, Melita Steele, said the technology was largely unproven and “could not deliver in time to avoid dangerous climate change.

“The very earliest that carbon capture and storage might become feasible is 2030, which means it will deliver too little, too late, and at far too high a price. The climate crisis requires urgent action,” she said.

Steele said the development of carbon capture and storage was being promoted in South Africa by the coal industry as a justification for the construction of new coal-fired power stations, including two of the biggest in the world at Medupi and Kusile.

“Carbon capture and storage could use between 10% and 40% of the energy produced by a power station, which will mean that it could erase any efficiency gains made by the coal industry,” she said.

A contentious topic at COP17 would be whether carbon capture qualified for funding under the Clean Development Mechanism, a facility under the Kyoto Protocol that enables polluters to buy carbon credits from clean technologies.

Richard Worthington, manager of the WWF South Africa climate change programme, said his organisation would oppose obtaining credits for carbon capture and storage, but was not opposed to the development of carbon capture technology.

“It could have potential to process emissions from other industrial production, such as cement and metals, and in making biomass energy carbon negative,” he said. “But carbon capture and storage must not be used to legitimise a continued, unsustainable reliance on fossil fuels.”

The United Nations leader at COP17, Christiana Figueres, placed the debate on the table in June when she said the world might have to resort to technology that sucked carbon from the air to stave off the worst effects of global warming.

Stressing that time was running out, she said: “We are getting into very risky territory. We are putting ourselves in a scenario where we will have to develop more powerful technologies to capture emissions out of the atmosphere.”

The build-up to COP17
Milestones on the road to Durban this week included:

Wood from mango and orange trees is charred for smoking shisha, while the charcoal from casuarina, camphor and olive trees is used for barbecues
Read more
National

The treasury’s rejection of South32’s proposal to increase the value of its Eskom contract by R1.2-billion could spark a coal shortage for the parastatal
Read more
Advertising
Continue to the category
National