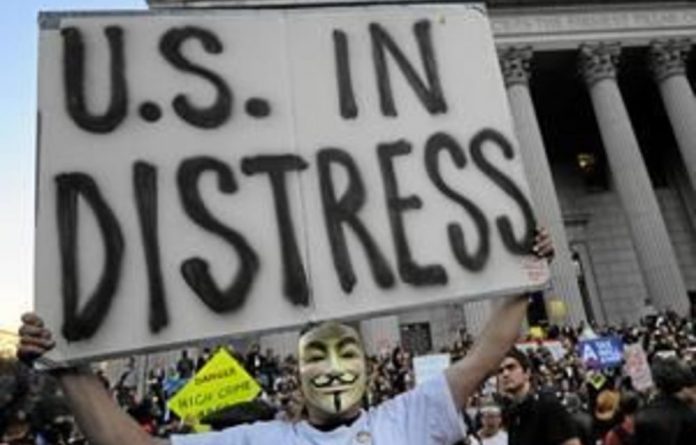 New York mayor Michael Bloomberg lashed out at anti-greed Occupy Wall Street activists on Thursday after reports of self-policing, his patience seeming to wear thin with the seven-week-old movement.

The mayor said there were sexual assaults and a possible rape at the protesters’ gathering place in Zuccotti Park.

“There have been reports, which are equally as disturbing, that when people in Zuccotti Park become aware of crimes, instead of calling the police, they form a circle around the perpetrator,” Bloomberg said.

Bloomberg called it “despicable and … outrageous” behaviour which makes “all of us less safe”.

An Occupy Wall Street kitchen worker has been charged with sexually abusing an 18-year-old activist in her tent. Bloomberg said the man was also a suspect in a rape at Zuccotti Park.

Protest support waning
Protesters set up camp in the park in mid-September to protest a financial system they believe mostly benefits corporations and the wealthy. Similar protests against economic inequality have since sprouted globally.

A growing chorus of residents, politicians and newspapers is pressing Bloomberg to clean up the park. They complain that the proliferation of tents has spurred crime, sexual assaults, drug dealing and mischief.

And two polls showed support for the protests waning.

Police made three arrests on Thursday at Zuccotti Park on charges of loitering and resisting arrest.

Backlash against protest grows
The Post urged Bloomberg to evict the protesters. The protesters cannot be removed unless the park owner complains.

“Occupy Wall Street has its own well-trained internal security force, but this team does not substitute for the police when it comes to criminal activity that threatens our community or local residents,” Andrew Smith, described as a member of movement’s overnight Community Watch, said in a statement.

“Occupy Wall Street participants have called upon police on occasions when people with predatory intentions have come into the park and engaged in illegal and destructive behaviour, and have in fact turned over criminals to the NYPD,” Smith said.

“The mayor should get his facts straight before he calls responsible citizens protecting our community ‘despicable’.”

Protester Bill Dobbs said while Bloomberg as mayor wants to honour freedom of speech, “as a billionaire, he’s under constant temptation to squelch protest”.

Looking for an excuse
A Quinnipiac University poll on Thursday showed 39% of US voters have an unfavourable view of Occupy Wall Street and 30% favour it. The October 25 to October 31 survey of 2 294 registered voters had an error margin 2.1 percentage points.

A Marist Poll found 50% of registered New York state voters oppose the protests and 44% support them. That survey of  030 people had a 3.5-point error margin.

Georgetown University history professor Michael Kazin, an expert on social movements, said Bloomberg might be prompted to end the encampment in Manhattan after the violence in Oakland, “if he is looking for an excuse”.

But Kazin, co-editor of Dissent magazine, said it does not ultimately matter when the New York protests end because they have already “changed the conversation about economic inequality in the country”. — Reuters