New radios will aid the hunt of LRA militia 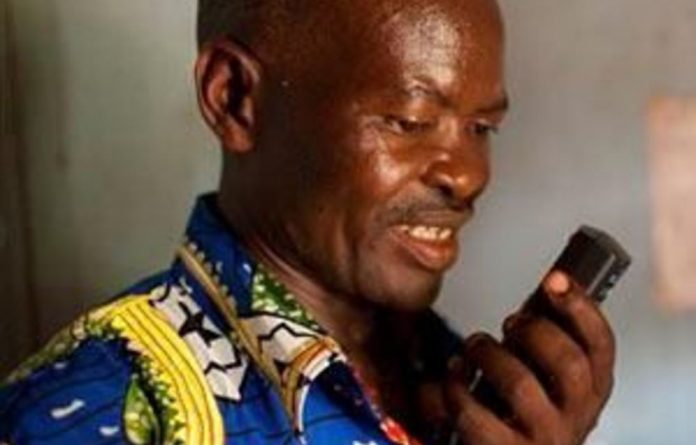 The Ugandan rebel group is blamed for tens of thousands of rapes, mutilations and killings over the last 26 years. The militia abducts children, forcing them to serve as soldiers or sex slaves and even to kill their parents or each other to survive.

A four-day LRA massacre that killed more than 300 people in December 2009 underscored exactly how isolated places like northern Congo can be. The majority of those killed were tied up, some bound to trees, before being hacked to death with machetes or having their skulls crushed with axes, human rights groups said. The wider world didn’t learn about the atrocities until three months later.

Now people living in these remote areas without phones can report attacks using the new radios which are in some cases strapped only to a very long stick or tree branch. The information that communities provide is then given to people who put them up on a sleek website called the LRA Crisis Tracker. Anyone from US military officials to aid workers can see where the LRA has concentrated its most recent attacks.

“The goal of the site is to get timely information on LRA activities, including abductions and killings. It previously wasn’t possible,” Adam Finck, Invisible Children’s director of programs in Central Africa, said by phone on Tuesday.

Attack locations
The group launched the site in September along with Resolve and already has mapped about 40 LRA incidents, mostly in northern Congo.

Twenty five communities now have radios and 12 more are scheduled to be put up by Invisible Children at a cost of about $18 000 each. iPhone and iPad users can download a Crisis Tracker app launched last week that shows the attack locations.

President Barack Obama announced in October he is sending 100 US troops to help advise in the fight against the LRA and its leader Joseph Kony, a vicious fugitive militant wanted by the International Criminal Court.

As Ugandan troops track the LRA through the jungle, assisted by US intelligence and special forces advisers, the Crisis Tracker is garnering praise from the US government. Obama, in announcing the US deployments, congratulated Americans who have “mobilised to respond to this unique crisis of conscience”.

“The Crisis Tracker is a really innovative tool and will be useful as we seek to enhance information-sharing among all protection actors in the LRA-affected area,” the State Department’s Bureau of African Affairs said in a statement.

Invisible Children supports the US troop deployment and appears, at the very least, not to mind if the US or Ugandan militaries use its information. Finck notes that the information is publicly available.

“We want it to be useful for anyone trying to deliver services to better communities or those who are seeking an end to this conflict,” he said. “Yes, the Americans and [Ugandan troops] hold a strong presence in the region. We’re trying to build a better base of knowledge of LRA information, bottom line. There’s just a critical information gap. This tool is seeking to fill that and be useful to everyone involved.”

Reporting violence
Congo is a vast land of triple canopy forest the size of all US states east of the Mississippi River. Roads are skinny lanes of packed dirt overrun by foliage. Cellphone coverage is limited to a few large towns. The villages where the LRA attacks are off the power grid and there is no running water.

That isolation and simplicity has allowed the LRA to move in, attack communities and move back into the jungle for years. But with the arrival of the radios, verified reports of violence can be up on the Crisis Tracker website within hours, said Chuck Phillips, the chief technology officer for Digitaria, which created the website.

“Our primary goal was to provide that accurate, authoritative source for LRA activities, and the second is to continue to fight the LRA by raising awareness and enabling people to understand what it is they are doing and how they are killing, raping and destroying families,” Phillips said.

The LRA began its attacks in Uganda in the 1980s, when Kony sought to overthrow the government. Since being pushed out of Uganda several years ago, the militia has terrorized villages in Central Africa with no clear political agenda.

If the Ugandan and US forces hunting LRA commanders use the website — and thus the information relayed by the village radio operators — it stands to reason the LRA could start attacking the radios. Finck said that has long been a concern but that they are placed in the centre of villages where security forces are stationed.

“Tower” is a generous term, as Phillips noted.

“It’s a high frequency radio strapped to a very long stick or tree branch on top of a building, which is also a generous term. It’s usually a very small shack for a lack of a better word and a solar panel to power the radio,” Phillips said. “It’s pretty low tech.” — Sapa-AP