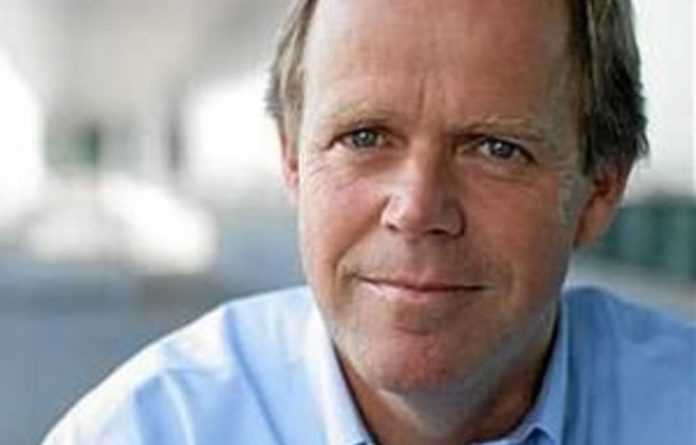 There appears to be no middle ground in the subject of fracking. Depending on who you speak to, hydraulic fracturing — the process of jetting a mix of chemicals, water and sand into shale formations deep underground to release natural gas — is either the enemy at the gate or a saviour around the corner.

Critics believe it will lead to barren landscapes and poisoned water wells. Proponents believe it is the path to energy security, job creation and billions of rands in investment.

For developers of shale gas fields, such as Shell, it is a rapidly expanding portion of their global operations. Jan Willem Eggink, upstream manager of Shell South Africa, finds it a difficult environment in which to have sober, unemotional conversations on the subject.

But these, he said, were what were needed for South Africa to decide whether or not fracked gas should join the country’s future energy mix.

The former country chairman of Shell in Libya, Eggink spoke to the Mail & Guardian from The Hague in his native Netherlands.

He relocated to South Africa in May, just after the local fracking debate intensified following the department of mineral resources’s decision to place a moratorium on fracking in the Karoo. The moratorium extends to February and includes applications for exploration from companies such as Sasol. Despite the highly publicised opposition to the idea, Eggink regards fracking in the Karoo as a golden opportunity for Shell.

“We have a massive opportunity for South Africa to become self-sufficient in energy, with a very limited surface impact,” Eggink said.

Should exploration be permitted on the 90 000km² of land to which Shell has applied for rights, 24 exploration wells would be drilled, each the size of a football field. It will help to determine how much gas is available and whether its extraction will be commercially viable.

The “size of the prize” is uncertain, but has been tipped by the International Energy Agency at 485-trillion cubic feet of gas, although Eggink remains sceptical of this figure until exploration is complete.

Nevertheless, he said, this was compared to Mossel Bay’s gas fields of a mere one trillion cubic feet and could be a “game changer” for South Africa. If the gas could be developed, the actual footprint of development would be about 1% of the total area for which Shell has applied.

The exploration process, with a minimum commitment to drill six exploration wells, would mean a R1.5-billion investment by Shell “which is entirely our risk capital”, said Eggink.

In the United States, where fracking has been hotly debated, Shell has ramped up its operations in unconventional or tight-gas drilling, which includes shale gas developments.

Eggink argued that the US, where drilling began a decade ago, was now considering exporting gas and industries who had moved their operations to Asia were considering repatriating to take advantage of lower energy prices and the increased availability of energy. In places such as Texas, it is estimated that in excess of 100 000 jobs have been created through Shell’s gas drilling operation.

But in the US fracking has divided public opinion. Shale gas developers have been accused of damaging water supplies and causing other environmental damage. They are also accused of frustrating independent research through the extensive use of non-disclosure agreements when settling law suits with aggrieved parties.

The industry has been accused of overstating its job-creation record in the Marcellus shale gas fields in New York, following the release of research by Pennsylvania’s Keystone Research Centre in June.

In recent months the New York Times has reported on speculation of a possible bubble in the shale gas market after it was alleged that companies had overstated the productivity of their wells and the extent of their reserves.

Jobs
Eggink admits that expectations of job creation in the exploration phase will need to be managed because Shell will have to import highly skilled technical expertise. But should development begin in earnest, he said, businesses were likely to be launched to provide services to the drilling projects. There was also the multiplying effect of jobs in downstream industries that could start up with the additional energy that would be made available.

Eggink said Shell estimated that 30 to 50 local jobs could be created in the exploration phase by the company and its contractors. But the development of the wells would only be complete after about nine years, making it difficult to give precise figures, he said.

“What we know from analogues like the United States is that the pure fact that energy is abundantly available makes a huge difference in the way industries build up.”

Shell was prepared to partner with universities to help create a cadre of people with the skills the company may need in a decade, said Eggink. Gas production would only come on line in a decade, but shale gas wells could last from 10 to 20 years.

Water and earthquakes
The fracking process is water intensive and the Karoo is an extremely water-stressed area. Just to drill an exploration well, without any fracking, requires one to two million litres of water. To drill a development well requires five to 10-million litres.

In its environmental management plan Shell had committed itself to not compete with farmers and Karoo residents for water, said Eggink.

Shell recycles 60% to 80% of the water in its operations. For the exploration phase Shell would import water into the Karoo, said Eggink. But the exploration wells would also help Shell determine how much brackish underground water was available that would not otherwise be used for consumption.

Shell has already commissioned local experts to better understand the water availability in the area. But this has not allayed residents’ fears that groundwater could be contaminated, given the variety of chemicals that are used in the fracking process.

Although there is a variety of chemicals available, Shell typically uses four to five in any drilling operation. Eggink said Shell would publicise the chemicals it used, should fracking go ahead.

He stands by the industry line that, of the million or so wells drilled, not a single documented case of groundwater contamination exists.

Water from fracking operations that was not recycled would be stored in containers on site, he said, rather than in the much-maligned lined pits that have been common practice in the US. This could then be taken to any water treatment plant to be cleaned.

Local experts have warned that fracking in the Karoo may increase the chance of seismic activity. Although South Africa has a long history of mining-induced seismicity, the danger with fracking is that tremors damage the concrete casings surrounding well shafts, potentially causing gas leaks or the seepage of fracking fluid. Eggink said Shell had experience of operating in seismically active areas and its “operational standards are such that its wells can withstand a lot of force”.

Bubble?
Eggink said he was not surprised that the numbers quoted by companies for gas resources had declined, because this typically happened once exploration revealed the extent of economic reserves — or those that could be commercially exploited.

“The volumes that you can extract commercially get smaller over time. It’s not the case that it becomes less attractive, it’s only that we learn more and we get a better estimate of what can be economically and commercially produced.”

With declining gas prices marginal projects might struggle, he said, much like oil projects that faced problems when the oil price dropped.

The financial sector has been accused of being hysterical about amendments to the law. But there are some genuine concerns
Read more
Business