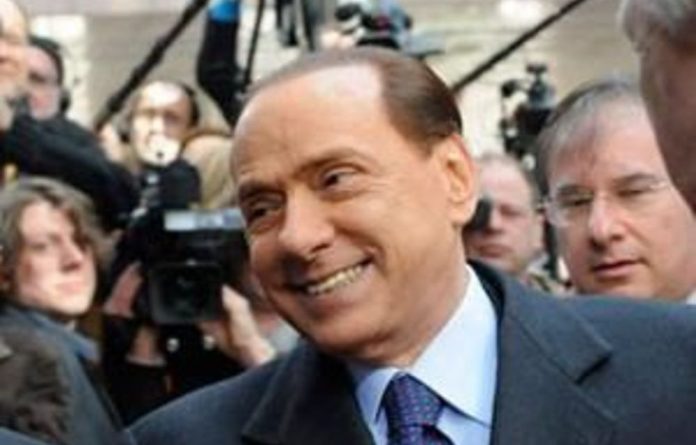 Italy’s Parliament was set to approve austerity measures on Saturday, triggering the formation of an emergency government to replace that of Prime Minister Silvio Berlusconi, and meeting European Union demands to avert a eurozone meltdown.

After months of dither and delay, Rome appears to have got the message as bond markets pushed it to the brink of needing a bailout that the eurozone cannot afford.

President Giorgio Napolitano and Italian lawmakers have put the process on a fast track: the Chamber of Deputies was due to start debating at 11.30am GMT and final approval of the cuts by the lower house marks the Berlusconi government’s final act.

Berlusconi was expected to hold a last Cabinet meeting and then hand his resignation to Napolitano at the Quirinale Palace.

In Athens on Friday, former European Central Bank policymaker Lucas Papademos, a technocrat like Monti, was sworn in to lead a new government tasked with meeting the terms of a bailout, after days of political angling.

At a news conference after meeting Japan’s Finance Minister Jun Azumi, she said: “… we touched on the economic situation in the eurozone, the way to address it, and the consequences that the eurozone crisis has and would have if it deteriorated further in the rest of the world, particularly in Asia”.

“I insisted with Minister Azumi that no country can be immune under the present circumstances, no matter how developed or how emerging or how far away it is. The countries are totally interconnected. That is what we see at IMF,” she said.

Her warning came after pressure from Washington for faster action from the currency bloc.

“The crisis in Europe remains the central challenge to global growth. It is crucial that Europe move quickly to put in place a strong plan to restore financial stability,” US treasury secretary Timothy Geithner said on Friday.

Market relief … but will it last?
The euro made its strongest gains against the dollar in two weeks on Friday and Italian bond yields, which had raced above sustainable levels this week, fell in relief at the prospect of a new government.

But some investors doubted the recovery would last, as even a technocrat government might struggle for progress on fiscal reforms Italy has long promised but never delivered.

“We can have maybe two or three days of calm — in inverted commas — but nothing has really changed underneath,” one bond trader said.

Spain, the eurozone’s fourth largest economy and due to hold elections in nine days, stopped growing in the third quarter, putting its deficit-reduction goals in doubt.

With European leaders dithering over how to tackle the deepening crisis, pressure has mounted on the European Central Bank to act more forcefully by becoming a full lender of last resort like the US Federal Reserve and the Bank of England.

“There is real turbulence in the markets, real question marks over whether countries can deal with their debts and a big question mark over the future of the eurozone,” British Prime Minister David Cameron said.

Russia’s Prime Minister Vladimir Putin expressed doubts Europe had the firepower to avoid the “catastrophe” of an Italian collapse. Russian experts “believe that without direct intervention from the ECB this problem cannot be solved”, he said.

On the same day that the head of the €440-billion ($600-billion) European Financial Stability Facility (EFSF) was quoted saying market turmoil had made it more difficult to boost the bailout fund, Putin said the EU, which accounts for half his country’s trade, badly needed more emergency funding.

“The EFSF, alone or cooperating with the IMF, does not have the necessary resources. I believe that the resources needed to overcome the crisis are about €1.5-trillion,” said Putin.

More zeros won’t help
EFSF chief Klaus Regling told the Financial Times it would now be a challenge to boost the fund to €1-trillion as eurozone leaders proposed in a late-October summit, hoping to lure bond investors by offering to insure any eventual losses.

“The political turmoil that we saw in the last 10 days probably reduces the potential for leverage,” said Regling.

But ECB policymaker Juergen Stark from Germany reiterated his view that it is up to politicians and not central bankers to solve the problems in the eurozone.

“I personally doubt very much that adding two or three zeros to the bailout volume can solve the structural and political problems,” Stark, who opposes the ECB’s strategy of buying the bonds of problem states such as Greece to prop them up and will quit the bank early this year, told a Swiss paper.

Senior ECB policymakers have rebuffed arm-twisting from investors and world leaders to intervene massively on bond markets to shield Italy and Spain from financial contagion.

Germany, Europe’s biggest economy, strongly opposes the ECB taking on a broader crisis-fighting role, arguing that this would compromise the central bank’s independence.

Greece’s Papademos, a former ECB vice-president, faces major challenges at the helm of a unity government forged after a chaotic power struggle between the two main political forces.

“With the unity of all people, we will succeed,” Greece’s premier told George Papandreou, who led the previous Socialist administration that fell apart last week.

Papademos has about 100 days to start fulfilling the terms of a €130-billion bailout plan to keep Greece solvent while placating warring political factions.

Socialist party big-hitter Evangelos Venizelos will remain finance minister in a new Cabinet that includes many of the same politicians who led the nation into crisis. — Reuters