My story and I am sticking to it 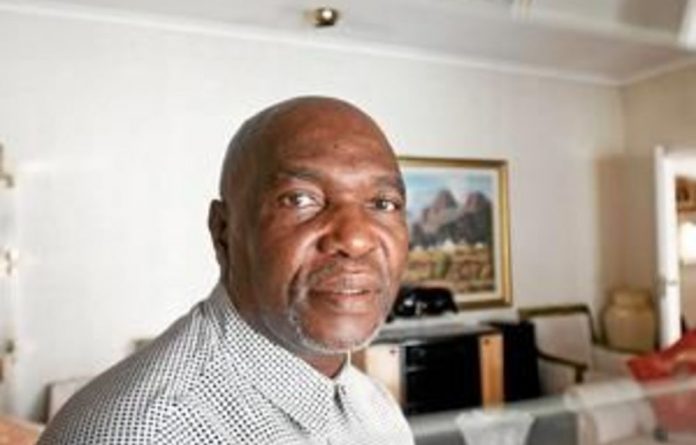 For someone who does not consider himself to be a reader — much less a writer — Sipho Sithole has a startling tale to tell. His debut, a memoir modestly titled This Is My Story (Let’s Read and Write Well), is a compelling account of his turbulent coming of age in the township of Alexandra.

It has been written in simple, ­conversational English and describes Sithole’s poverty-stricken childhood. Abandoned by the education ­system, he discovers that he has a keen ­business sense and an engaging personality. It is the perfect combination to survive township life in the apartheid era.

The book charts his journey as he “hustles” his way through various legitimate trades to make ends meet, while moonlighting as a thief with a group of friends. What Sithole does not learn in school, he learns the hard way: in prison.

Later he tries to make amends, but discovers that not everyone supports his endeavour to start life afresh. Inevitably, he finds himself trapped in a cycle of crime.

Sharing Sithole’s life is an emotional experience. As he moves from one peculiar situation to another, the reader yearns for his life to take a dramatic turn for the better.

The book reveals the quirky personality of a man who has the ability to steal your car from under your nose and, in a moment of regret, the compassion to return it with a trunk full of groceries.

Stories to tell
Despite the many challenges he once faced, Sithole is now a successful businessman with a registered construction company that employs 27 people from his community.

Lucas Letsoalo, from Let’s Read and Write Well, published the book and helped Sithole to compile the manuscript. “The experience was traumatic. At times we would laugh until tears came out of our eyes, yet other stories he told me were ­incredibly painful,” Letsoalo said.

This Is My Story was launched at the River Park Library in Alexandra, east of Johannesburg, where excited family, friends and community ­members heralded it as an excellent motivation to others — and a reason to celebrate the vibrancy of new South African writing.

“For once we are not meeting at the cemetery, or in a tent, waiting for someone to read an obituary. We want to celebrate people while they are still alive and before it is too late. We want to read more autobiographies,” said Selaelo Maredi, a community member and playwright.

In a bid to encourage would-be writers with stories to tell, Maredi told them to “ring the bell on Letsoalo’s gate”, joking that they would not have to bypass any ­secretaries.

In the spirit of the occasion a young librarian, Itumeleng Mothomoholo, said the launch was the opportunity for which she had been waiting. It would inspire her, she said, to explore her passion for writing.

Sithole described to the Mail & Guardian how he had been anxious to write the book since 2005, but did not know how. In a chance meeting with Letsoalo in Alexandra, he just “vomited” out his tale and the book was completed in six months.

Letsoalo believes that major publishing houses are still not willing to take economic risks by supporting unknown voices. He aims to use this book as a catalyst to motivate ­ordinary South Africans to tell their stories as well as to encourage a love for local literature in schools.

Sithole sees the book as a legacy for his children and disadvantaged youths. “I wanted people to understand that it is not easy to achieve what you want and that alcohol will not help you find your way. I learned self-respect,” he said.

Keeping it real
Frederik de Jager, publisher at Umuzi, an imprint of Random House Struik, said the market for autobiographies is mostly reserved for the “famous”, but it helps if the writer is not “squeaky clean”.

Sithole’s controversial past, his tenacity in overcoming challenges and his engaging personality seem to be a winning combination.

But the reality is that smaller publishing houses such as Let’s Read and Write Well do not have the resources to put their books through a rigorous editing process.

De Jager sympathises. “In ­publishing we say that typos and punctuation are there to keep us humble. It’s a quest for zero defects and it cannot be achieved in a first go,” he said.

The other problem is distribution. Letsoalo and Sithole dream of putting their book into the hands of every township dweller, but this will not be easy.

Sithole’s life story is phenomenal. His humble yet determined personality shines through on every page. With clever use of social media, it should be possible for him to reach out to the young people he so desperately wants to motivate. If he does, this book could easily find itself on bookshelves worldwide.