The evidence that damns Mac 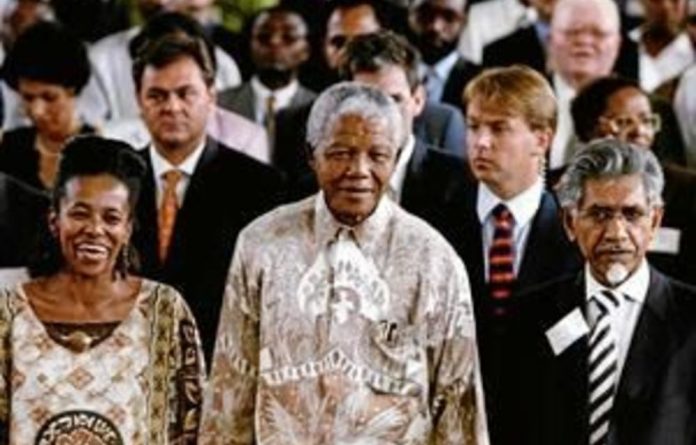 A trail of evidence seen by the Mail & Guardian reveals a highly improper relationship between Mac Maharaj and Schabir Shaik — despite a decision by the National Prosecuting Authority (NPA) not to bring corruption charges against him.

Maharaj’s threat of criminal charges forced the M&G last week to censor its lead article which alleged that he had lied about payments from Shaik when questioned under oath in 2003.

The NPA has never made public the reasons for its decision — taken in 2008 or 2009 by its then acting boss, Mokotedi Mpshe — not to lay corruption charges against Maharaj following a Scorpions investigation spanning at least half a decade.

It appears, however, that prosecutors saw difficulty in proving that Maharaj had corrupt intentions when he and his wife received benefits worth well over R1-million from Shaik and his Nkobi group of companies while the latter benefited from major transport department contracts during Maharaj’s term as minister between 1994 and 1999.

Counting in Maharaj’s favour was that he played no formal role in the adjudication of the two main tenders from which the Nkobi group benefited — for the bar-coded national driver’s licences and the N3 toll road — and that, in respect of the former, his department had preferred another bidder.

However, an analysis of the circumstances is highly suggestive that Maharaj accepted benefits that Shaik or his French partners had intended as bribes.

It also shows Maharaj to have entered conflicts of interest so stark that he should not have remained in public office.

The bar-coded licence card project predated the advent of democracy in 1994.

After his appointment as transport minister in May that year, Maharaj approved a process culminating in his department asking the state tender board to open a new prequalification round.

After this new round, in which a subsidiary of arms parastatal Denel was among those that qualified, the department issued a new tender.

Shortly before the closing date in December 1995, Denel informed the state tender board that it would partner with Idmatics, which was a subsidiary of French arms group Thomson-CSF and Shaik’s Nkobi Holdings.

The adjudication was done by an interdepartmental team, which scored the Denel-Idmatics-Nkobi consortium the highest. However, the team subsequently weighed scores again, which left rival bidder ID Kort on top.

Maharaj’s department formally recommended ID Kort to the state tender board in June 1996.

The board, however, was unhappy with the new scores and referred the decision back to Maharaj’s department on July 1 1996. The decision was on a knife’s edge.

The next day, July 2, Shaik wrote to US engineering firm Brown & Root (Shaik’s intended partners in another project under the department of transport, the La Mercy airport) asking it to help make arrangements for a Disney World holiday for the Maharaj family.

Brown & Root picked up the R15 000-plus tab for accommodation and airport transfer in mid-July and invoiced Shaik, who repaid at least some of it. It is not clear whether Maharaj ever repaid Shaik.

During this same hiatus, on July 5, Shaik entered a consultancy agreement with Idmatics, according to last weekend’s Sunday Times. The newspaper alleged that the agreement promised Shaik 1.2-million French francs, half of it payable on the award of the driver’s licence tender to the Denel-Idmatics-Nkobi consortium and the other half after signing the driver’s licence contract.

In August 1996, following the Maharajs’ return from the US, the transport department and the state tender board continued their haggling over which bidder should win the tender. On August 22 1996 the department informed the tender board that it would acquiesce in the recommendation of the Denel-Idmatics-Nkobi consortium.

On August 28 1996 — six days after the department acceded — another of Shaik’s companies paid a cheque for R100 000 to the Maharaj family’s Milsek Trust.

The department notified the consortium that it was the successful bidder on October 4 1996.

This payment appears to have come from Idmatics, as it corresponds exactly with the promised first tranche envisaged in the agreement between Idmatics and Shaik.

But the money did not stay with Shaik. Four days later, the lion’s share — 580 000 francs — was transferred to a contiguous account in the name of Maharaj’s wife, Zarina. Most of this, in turn, was soon transferred to an Isle of Man account apparently held by both Maharajs.

On February 28 1997, the Denel-Idmatics-Nkobi consortium finally signed the contract for the driver’s licence cards with Maharaj’s department.

Eleven days later, a second tranche of 600 000 francs — again consistent with the agreement between Idmatics and Shaik — entered Shaik’s Minderley Investment account in Switzerland. Almost the entire amount was transferred to Zarina Maharaj’s contiguous Swiss account, with the lion’s share flowing on to the Maharaj’s Isle of Man account.

With the driver’s licence tender out of the way, the transport department turned its attention to another major tender — for the N3 toll road upgrade. Tender documents were made available in July 1997 to prequalified bidders. These included the so-called N3 Toll Road Consortium, of which Shaik’s Nkobi was a part.

In the run-up to the tender closing date of December 12 1997, Shaik arranged for a private company to install computer equipment at the Maharajs’ home. In November, the company invoiced Shaik for about R40 000.

A multidisciplinary team appointed by the transport department adjudicated the tender during January 1998, followed by a bidders’ presentation at the end of March.

In May, two cheques of R25 000 each were paid from Shaik’s or Nkobi company accounts to the Maharajs. The first was to Flisan Investments, the vehicle through which the Maharajs owned their home, whereas the second was to their joint account.

On May 26 1998 — the day after the second of these two cheques — Maharaj approved the tender evaluation team’s recommendation of two short-listed bidders, one of them the N3 Toll Road Consortium that included Shaik’s Nkobi.

During July 1998 the two bidders submitted their final offers. The evaluation team met Maharaj in early August and he accepted their recommendation of Shaik’s consortium.

On August 17, 10 days after the announcement of Shaik’s consortium as the preferred bidder, a Nkobi company paid R25 000 to the Maharajs’ joint account, followed in early September by another R75 000 to their Flisan Investment account. Another R25 000 payment to Flisan followed in November.

In May 1998, the department of transport signed the contract with Shaik’s consortium. That same month Shaik paid R18 338 to a shipping agent to import a marble table for the Maharajs. Further amounts also kept flowing to the Maharajs.

At the time of going to press, Maharaj had not replied to questions. In the past he has reportedly claimed that the payments received were for consulting work done by Zarina for Shaik’s companies.

Shaik would not comment beyond saying that he had provided all “assistance and information”, including the offshore payments, to the Scorpions, and that he understood the ANC had also considered the matter and had accepted the explanations given.

In October 1996 the transport department, acting under the direction of the State Tender Board, awarded a R650-million contract to the Prodiba consortium.

Their job: to produce card-format driver’s licences on a national scale, a job they are still doing today.

At the time Mac Maharaj was minister of transport.

Commission payments from Thales to Shaik, which landed up in Maharaj’s wife Zarina’s account, are at the centre of the current furore around Maharaj, though he has denied any corruption.

He has also pointed out that the State Tender Board not the transport department effectively determined the tender.

But that is not the only controversy surrounding the Prodiba contract. In 2004, during Shabir Shaik’s trial, it emerged that the department appeared to have gone out of its way to accommodate the winning bidder when it emerged that Prodiba was not able to supply portable scanners able to read the barcodes embedded in the card.

Supply of the scanners was a “non-negotiable” condition in the original tender award but the department accepted a “credit” instead.

The contract with Prodiba was renewed for a further five years from 2004, after an official signed off on the renewal without the necessary authorisation.

In mid-2006 the standing committee on public accounts (Scopa) queried this. The department responded that the official had resigned and the department had opted to regularise the renewal.

The department told Scopa the tender board had ruled that the new contract would have been awarded to Prodiba anyway.

The contract was to lapse in 2009 and a new tender was prepared.

However, documents pertaining to the tender were stolen from the transport department, compromising the process.

Prodiba’s contract was renewed for a further six months until June 2010. Police were called in to investigate.

Transport department spokesperson Tiyani Rikhotso said a forensic report was “currently being evaluated by the department”. Rikhotso said the contract was extended until February 2012 while a new tender was being finalised. He said that the current tender was under evaluation and had not yet been awarded.

In the November 25 2011 edition of the Mail & Guardian, the front page noted that Schabir Shaik’s firm still has a licence contract. This is incorrect as Nkobi was obliged to sell their share sometime after Shaik’s conviction.