The importance of partnerships 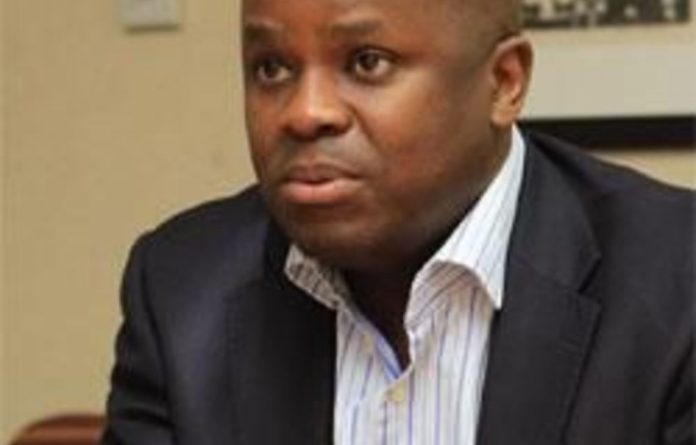 When the Department of Health (DoH) and the National Treasury approached the Development Bank of Southern Africa (DBSA) to assist government with the upgrading of five flagship hospitals across the country, the DBSA had to work on a multi-stakeholder rollout plan that took cognisance of the requirements of all the role players involved.

“In this regard, our investment banking division has been helping government with project management support due to the large scale of the upgrade as well as providing funding for feasibility studies with the government departments involved. To this end, we are providing a third of the funds with the remainder split between the DoH and National Treasury,” says Mohale Rakgate, investment banking manager at the DBSA.

Currently, the DBSA is undertaking feasibility studies at the five sites — the new academic hospital in Limpopo, Chris Hani Baragwanath and Dr George Mukhari hospitals in Gauteng, the King Edward VIII hospital in KwaZulu Natal, and Nelson Mandela Hospital in the Eastern Cape — which, once completed, will see government commencing with the required procurement.

“Working on a project such as this you need to consult with multiple stakeholders. For this specific programme these are the various provincial departments, the DoH (which is the steward of the project), National Treasury, and the hospital administration and its staff. As these are tertiary hospitals, we also had to engage with the universities in the areas. We therefore had to get a lot of different people around a table and get their buy-in and support,” says Rakgate.

But he highlights that this task was made all the easier by the fact that stakeholders were driven by the 2009 announcement of President Jacob Zuma and the strategies of the DoH.

The terms of reference
The feasibility studies involve getting the terms of reference in place that would form the foundation for the rest of the strategy and roll out. Rakgate says that the DBSA played a key role in facilitating conversations from all stakeholders to get their input and to use that to assist in creating unified terms of reference.

“Once the feasibility studies are completed and unified terms of reference are created, we will evaluate it with all the stakeholders to come up with the best proposals to complete the projects,” he says.

A project of this magnitude requires meticulous planning before any work is started, and more importantly, any money is spent. Rakgate says that typically such a project takes five years to complete but the DBSA will look at reducing that to two and a half years without compromising on the quality of the work.

Local nuances
“While the sites fit into the overall healthcare strategy of the country, each hospital has its own unique dynamics. One needs to look at the communities in which the sites operate, the accessibility of the sites, and any environmental concerns that might come up. For example the approach to the hospital in Limpopo which will be built on a green-fields site is vastly different than the one we are taking with Chris Hani Baragwanath which already has infrastructure in place,” says Rakgate.

He feels that this is not your typical public-private partnership model where government simply outsources core services to a third party. “Government will maintain its core service, which is the treatment and care of patients, while we are engaging on an infrastructure development level. We have the benefit of rolling out infrastructure quicker than would have been done by government. Our focus lies on infrastructure and clinical service will remain within government,” he adds.

And with the principals aware of this from the start, there have been no mixed messages. “Government made sure that all the stakeholders knew exactly what was required of them and the different public- private partnership model that would be adopted. We just had to ensure that communication took place with the relevant core services,” concludes Rakgate.