To judge the judgments 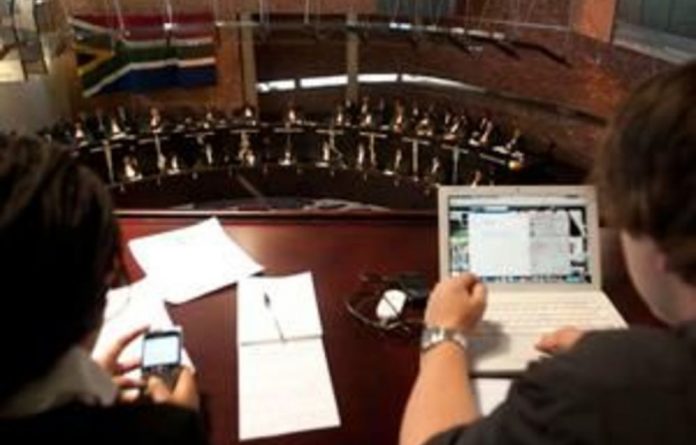 Tucked away toward the end of a long “to do” list of announcements concerning Cabinet decisions at year-end is an item that has evoked a great deal of mixed responses: the decision to appoint an independent research institution to review the decisions of the Constitutional Court.

The announcement does not make the purpose of the review all that clear. Transformation is vaguely mentioned, upholding the Constitution itself gets the usual lip service and, as can be gauged from the mixed nature of the responses, confusion and disturbance reign.

Mampela Ramphele regards the move as “poisonous”, invoking the memory of Steve Biko and the infamous inquest into his untimely death as a basis for shooting down the idea. Justice Johann Kriegler’s word for the move is “inauspicious”, and the Council for the Advancement of the South African Constitution (Casac) expresses fears that the difference between parliamentary sovereignty and constitutional democracy may become blurred by the study envisaged by cabinet. On the other hand, UCT Professor Richard Calland welcomes the decision.

In view of the tremendous amount of research on the jurisprudence of the Constitutional Court already published in law journals, academic papers, regularly updated textbooks, popular books and the editorial pages of newspapers and magazines, one wonders why the move is necessary at all.

Every major decision of the court is subjected to the most intense scrutiny by the legal and political chattering classes. This is as it should be: a Constitutional Court is not situated in an ivory tower — its decisions have to be relevant and important to the lives of the people who approach it for resolution of the issues that are bothering them. The very legitimacy of the court system is dependent upon the access to justice that all courts are supposed to afford to ordinary folk.

Because the Constitutional Court lies at the crossroads between law and politics, it is to be expected that its decisions will be the subject of both legal and political analysis. If the Cabinet’s intention is to appoint an independent institution to collate and re-examine the reams of research already in the public domain as the major part of the intended “review”, the question that arises is: Why has the office of the state law advisor not done this already?

It is appropriate that the other branches of government keep properly abreast of the legal developments reflected in the new decisions of the Constitutional Court — and indeed all courts. Ours is a constitutional democracy, under the rule of law. This means that the law has to be known, respected and applied in everything that the government, whether in its executive or its legislative functions, does to realise the transformative project envisaged in the principles, precepts, values and prescripts of the constitutional order.

There are indications that this is not happening. The most prominent example is the ANC’s habit of deploying cadres of its national democratic revolution to fill key posts in the public administration. This practice is both illegal and unconstitutional, as a cursory reading of section 195(1) of the Constitution reveals.

This section sets out the guiding values and principles for the public administration. If the professionalism, accountability, transparency, objectivity and good human-resource management practices envisaged in the section were observed, the state of service delivery would not be so parlous as to prompt protests, rent boycotts, the withholding of rates and taxes and endless criticism – all of which are part of South Africa’s daily life.

Judge Dennis Davis is fond of utilising the pregnant rhetorical question as a device to stimulate controversy in which he is then not implicated (very properly so, be use he is a sitting judge). His response to the Cabinet announcement is full-term pregnant: “What transformation?” he enquired at a recent Cape Town Press Club lunch. This is the nub of the matter.

The transformation of the judiciary itself is clearly provided for in the Constitution. Race and gender are factors to be considered in the search for suitably qualified, fit and proper persons to take up seats on the Bench. The process is well advanced, despite a number of dud “affirmative action” appointees; the complexion and gender of the Bench has markedly changed since 1994.

The rather unpalatable truth is that the average litigant would rather have a competent judge to determine her or his case — gender and race do not feature in the quest for just outcomes of disputes. The legitimacy of the Bench is, however, tied up in its composition, and the Constitution has a balanced prescription that does not involve gender or race bean-counting.

The transformation of society is another matter entirely. Dignity, equality and the various freedoms guaranteed to all are meant to be respected, protected and promoted. This is not the task of the judiciary alone: it is the national project, the product of the national accord and the blueprint for a better life for all.

The judiciary can hardly be blamed for the failures of government to deliver basic education, access to housing and health care, service delivery to the poor, jobs to the unemployed and so on. The judiciary is the smallest and weakest arm of government. It exists as a check and a balance on the other arms; it is not a policy-making body, nor does it have to deliver anything other than judgments in disputes brought to it, whether civil or criminal.

Cynics will say that the transformation in question is the transformation envisaged by the national democratic revolution. This is the form of transformation that follows the achievement of hegemonic control of all levers of power in society — a one-party state in which all thought of the rule of law disappears.

If this is the theme hidden in the anodyne words of the announcement of the Cabinet’s intention to appoint a research institution to review the decisions of the Constitutional Court, the findings are easy to anticipate.

The court will be unmasked as a counter-revolutionary body in which its personnel take their oaths of office to uphold the values of the Constitution seriously and have done so punctiliously in all instances, without ever intruding upon the policy-making competencies of the other branches of government save to strike down unconstitutional conduct and laws, which is expressly permitted by the provisions of section 2 of the Constitution.

It may do the executive a power of good to learn that there are still people in South Africa, including the top judges, who take the Constitution seriously and are determined to see the national accord reflected in it transformed into the lived reality of the ordinary people of the country.

In this we aim for a reality in which multiparty democracy under the rule of law flourishes, and the dignity, equality and freedom promised to ordinary people comes to pass. Bring on an independent, objective and thorough review: the executive has a lot to learn from its findings.

Paul Hoffman SC is a director of the Institute for Accountability in Southern Africa (www.ifaisa.org)