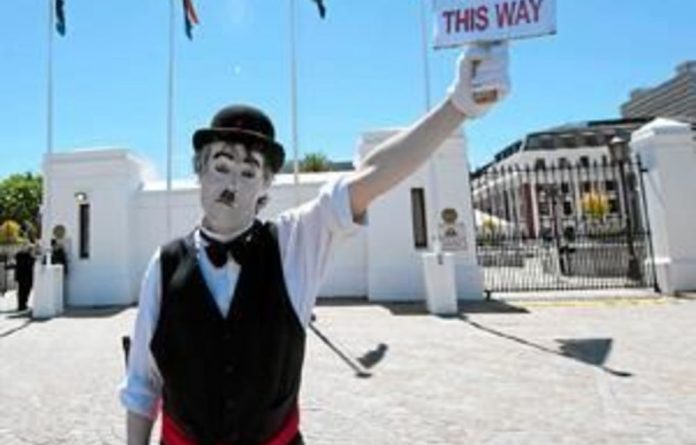 South Africa’s record as a beacon of democracy was being tarnished by the Secrecy Bill, legal advocacy bodies said in a joint statement on Sunday.

Freedom Under Law and the Bingham Centre for the Rule of Law in London said, “The South African Constitution is a model to the world in its endorsement of the rule of law. The core principle is that no one is above the law, as interpreted by a judiciary that is independent of government influence.”

The groups said South Africa’s Constitution was one of the first to include the right of access to information, in order to promote government accountability.

The recent proposals also threatened an about-turn in South Africa from the rule of law towards authoritarian attitudes of the past.

“In particular, the [Secrecy Bill] will curtail openness of the exercise of public power, make it more difficult to combat corruption and will reduce governmental accountability and fair sentencing in trials.”

‘Palace politics and tender-preneuring rivalries’
Both organisations were also deeply concerned about Cabinet-commissioned research to test whether the courts were pursuing goals such as transformation.

“This kind of inquiry, dressed up as an objective and innocent investigation, is completely unjustified.”

In contrast, the South African Communist Party (SACP) said on Sunday “that the intent and scope of the [Information] Bill were absolutely essential for the consolidation and flourishing of our democracy”.

The SACP said while the South African National Editors Forum had “persuaded itself and parts of the public that the Bill is primarily directed at the media”, the real challenge facing South Africa was factionalised intelligence and security services embroiled in “palace politics and tender-preneuring rivalries”.

“This Bill seeks, quite correctly, to criminalise information peddling, pay-as-you-go information declassification and the by-passing of what must now become clearly defined procedures for handling sensitive state information”, they said. — Sapa