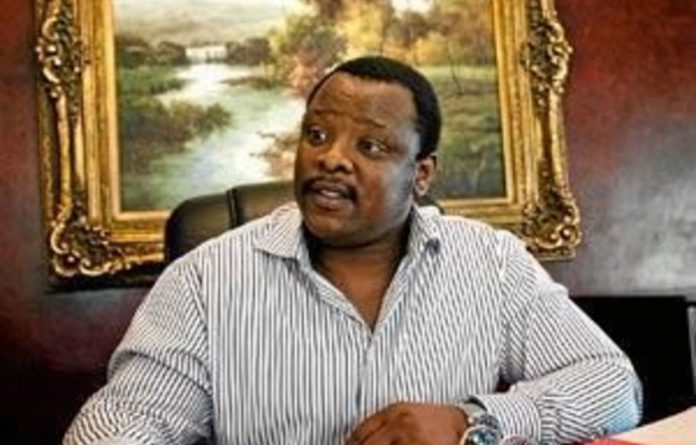 Businessman Roux Shabangu has voiced his surprise at the news that Public Protector Thuli Madonsela is probing ties between him and suspended acting public works director general Sam Vukela.

“I found it interesting and intriguing that she had decided to investigate this ‘alleged’ relationship, and ignore my request of a broader investigation into the … negotiated bid leases,” Shabangu said in a statement.

“I was certainly not expecting her to play the ‘connections’ card.”

Madonsela told Shabangu during a debate on SAfm on Wednesday morning that she was investigating the relationship between him and Vukela.

This was after “information has come to us from other sources” that the relationship “may or may not be improper”, Madonsela said.

Asked for comment, Shabangu said: “You know, I’m not even going to go into that.”

Madonsela and Shabangu were interviewed on the station after Shabangu sent the public protector a letter in which he claimed that 194 lease agreements with the public works department in Pretoria were concluded without a tender process.

Misunderstanding
Shabangu said he welcomed Madonsela’s investigation into his relationship with Vukela and would fully cooperate.

He said he was disappointed that Madonsela had misunderstood his letter.

“I sent a letter of complaint to the office of the public protector … stating my grievances and concerns about the manner in which the Middestad lease case has been handled.”

In his letter, Shabangu pointed out that 73% of all lease agreements concluded by the department in Pretoria were through the negotiated bid process and not through tenders.

This was the same process followed with the police headquarters in the Pretoria Middestad, he said.

Shabangu said he was asking Madonsela to look into the other leases and to determine whether they all qualified for the negotiated bid process.

Madonsela needed to suspend all the leases pending the investigations, he said.

Valid lease
In October, Madonsela found that the procurement of two leases for new police headquarters in Pretoria and Durban, involving Shabangu, were unlawful and that they amounted to maladministration. The leases were worth R1.6-billion.

Shabangu said: “I was in no manner trying to ask the PP [public protector] to exonerate the Middestad lease, nor was I expecting her to reverse her findings on this matter. In fact, I am eagerly awaiting my day in court to prove that the Middestad lease was and is valid.” — Sapa

GENDER-BASED VIOLENCE The single highest barrier to development globally is neither hunger nor disease. It is gender-based discrimination...
Read more
Analysis

The bid to impeach the president failed, Iowa was a disaster and Adam Schiff is a PR nightmare
Read more
Advertisting
Continue to the category
National