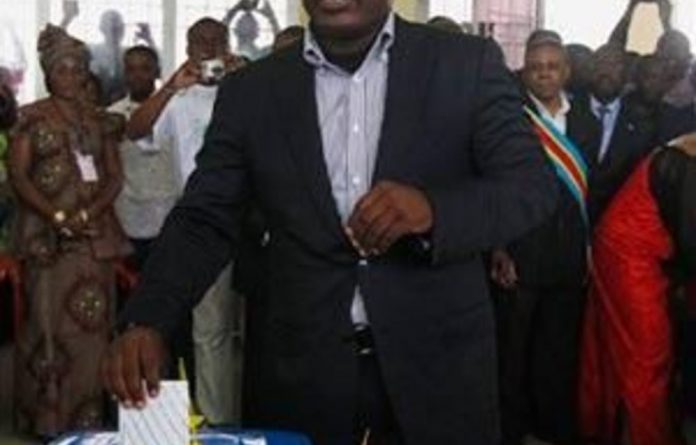 Democratic Republic of Congo’s (DRC) President Joseph Kabila admitted on Monday there were flaws in the elections that handed him a new five-year term but rejected a report finding they lacked credibility.

The assessment was Kabila’s first public statement since the bitterly disputed November 28 vote, whose outcome sparked violent protests in the capital and was criticised by international observers and the country’s powerful church.

“Were there mistakes, errors? Definitely, like in any other election, be it on the continent or otherwise,” Kabila, in power since 2001, told a news conference in Kinshasa with local and international journalists.

“But does it put in doubt the credibility of the elections? I don’t think so.”

In a damning report on the polls, international observers from the Carter Centre, a non-profit group founded by former US president Jimmy Carter, said on Saturday the counting process was so flawed the results “lack credibility”.

Kabila said on Monday he rejected that finding.

“The credibility of these elections cannot be put in doubt,” he said.

Serious credibility questions
But the polls got another scathing review on Monday from the National Episcopal Conference of the Congo, the country’s Catholic bishops’ council, which deployed about 30 000 observers nationwide, the largest monitoring group on voting day.

The conference’s observations “pose a serious question about the credibility of these elections, as the Carter Centre report has just attested”, the archbishop of Kinshasa, Cardinal Laurent Monsengwo, told journalists.

“The results announced by the CENI [Independent National Electoral Commission] on December 9 comply with neither truth nor justice,” said the archbishop, a powerful public figure in the largely Catholic country.

Election officials announced on Friday that Kabila had defeated veteran opposition leader Etienne Tshisekedi 49% to 32% in the polls, just the second since back-to-back wars from 1996 to 2003.

Tshisekedi immediately rejected the outcome and declared himself the legitimately elected president.

Candidates have until Tuesday to file election disputes at the supreme court, which is charged with reviewing the result and declaring the official winner by December 17.

Mass protests?
An aide to third-placed candidate Vital Kamerhe, who won 8% of the vote, said he would launch a court challenge on Monday.

But Tshisekedi has refused to appeal to the court, which is seen as close to Kabila. His spokesperson hinted he could call mass protests.

“We’re waiting for a sign from the international community. That doesn’t prevent people from using their right to protest peacefully in the meantime,” said spokesperson Albert Moleka.

The result announcement on Friday sparked an eruption of violent protests and looting in parts of Kinshasa, which was met with a crackdown by police and about 20 000 soldiers deployed to the capital.

‘Explosive’ situation
Traffic in Kinshasa had largely returned to normal on Monday after the unrest had reduced the usual bustle of the sprawling city of 10 million people to an eerie quiet. Schools however were still closed.

French Foreign Minister Alain Juppe warned on Sunday that the situation in the country was “explosive”.

Kabila insisted the country was calm, and defended the actions of the security forces.

“If we were to have violence from the security forces — you’ll agree with me — that we could have had tens if not hundreds of deaths. It’s not the case. The Congo is a democracy.” — AFP

Government must take steps to clean up the country’s dirty real estate market, which has long offered a safe haven for criminals
Read more
Friday