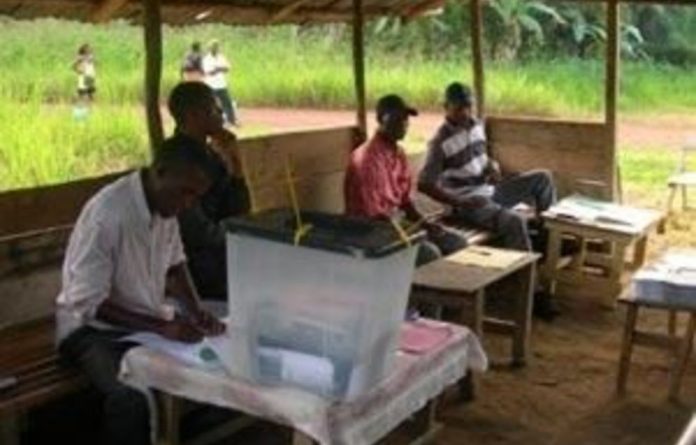 Gabon’s ruling party claimed on Monday that it had won 114 out of Parliament’s 120 seats in a legislative election largely boycotted by the opposition but given a clean bill of health by observers.

“It’s the best score by the PDG [Gabonese Democratic Party] since the end of the single party system” in 1991, a party official close to the interior ministry said.

The PDG is headed by President Ali Bongo, whose father Omar Bongo ruled the oil-rich west African former French colony from 1967 to 2009.

The ruling party’s score would strengthen its grip on Parliament, where it controlled 98 seats in the outgoing legislature.

Polls in disarray
Official results are expected to be announced on Thursday but initial reports suggested that turnout was very low on Saturday.

Inspired by the Arab Spring and a string of protest movements against long-standing rulers in sub-Saharan Africa, Gabon’s opposition once looked like mounting a serious challenge.

The opposition went into the polls in disarray. One leading opposition movement chose to boycott the poll and another chose to field candidates despite being left rudderless by the death of its historical leader.

Despite the absence of biometric polling systems and the overwhelming presence of security forces in polling stations, African observer missions gave the ballot a thumbs up on Monday.

The AU spoke in a statement of “an electoral campaign without any incidents of note and a generally well organised election”.

‘Shortcomings’
“Despite some shortcomings … the AU observation mission contends that they are not of a nature likely to sully the poll’s results,” the pan-African body said in a statement.

The Study and Research Group on Democracy and Economic and Social Development in Africa gave a similar report of the December 17 election.

Ali Bongo campaigned on his economic achievements and the country’s co-hosting with Equatorial Guinea of the 2012 football Africa Cup of Nations.

Despite the recent emergence of a middle class, income disparities remain huge in sub-Saharan Africa’s largest oil producer, with more than half of the population of 1.5-million living on less than two dollars a day. — AFP