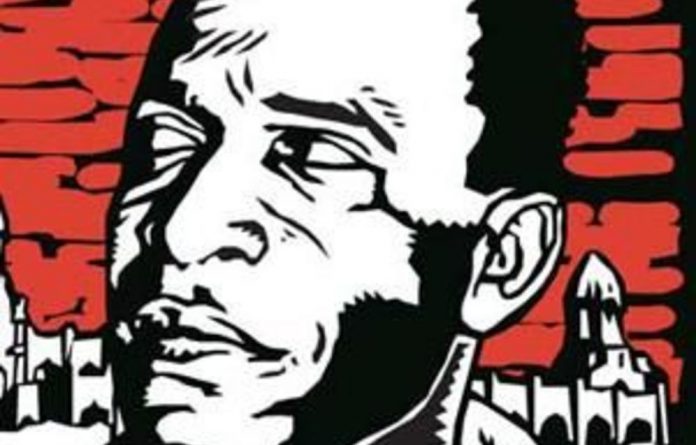 Fifty years ago, Frantz Fanon died, leaving us with his last testimony, The Wretched of the Earth. Written in the crucible of the Algerian War of Independence and the early years of Third World decolonisation, this book achieved an almost biblical status.

It became a living source of inspiration for those who opposed the Vietnam War, marched with the civil rights movement, supported revolutionary black struggles in the United States, the struggle against apartheid in South Africa and countless insurgent movements around the world.

Fanon’s life had led him far from the island of Martinique in the Caribbean where he was born a French citizen. He took part, at the age 19, in the war against Nazism only to discover that, in the eyes of France, he was nothing but a “negro”; that is, anything but a man like any other man.

By any means necessary
He would end up feeling a deep sense of betrayal. Black Skin, White Mask, his first book, partly relates the story of this and many other fraught encounters with colonial forms of dehumanisation. But it was in Algeria where he worked as a psychiatrist that
Fanon finally cut the cord that bound him to France.

The country for which he had almost lost his life in the struggle against Hitler had started to replicate Nazi methods during a savage and nameless war against a people it denied the right to self-determination. About this war Fanon often said that it had taken on the look of an authentic genocide.

Having sided with the Algerian people, France disowned him. He had betrayed the nation. He became an enemy and, long after his death, France still treated him as such. For those committed to the cause of oppressed people or fighting for racial justice, his name remained not only a sign of hope but also an injunction to rise up. Indeed, to Fanon we owe the idea that in every human being there is something indomitable that no domination — no matter in what form — can eliminate, contain or suppress, or at least do it completely.

Fanon tried to grasp how this “something” could be reanimated and brought back to life under conditions of subjugation. He said that this irrepressible and relentless pursuit of freedom required the mobilisation of all life reserves. It drew the human subject into a fight to the death — a fight he was called upon to assume as his own task, one he could not delegate to others.

Fanon was also convinced that colonialism was a force animated at its core by a genocidal drive. To destroy colonialism could only be ensured by violent means, an “absolute praxis”, whose goal was to produce life and to free the world from the burden of race.

Post-liberation culture
His diagnosis of life after colonialism was uncompromising. For him, there was a distinct possibility that post-liberation culture and politics might take the road of retrogression, if not tragedy. The project of national liberation might turn into a crude, empty shell: the nation might be passed over for the race, and the tribe might be preferred to the state. He believed that the liberation struggle had not healed the injuries and trauma that were the true legacy of colonialism.

After liberation, the native elite had been ensconced in intellectual laziness and cowardice. In its will to imitation and its inability to invent anything of its own, the native bourgeoisie had assimilated the most corrupt forms of colonialist and racist thought. Afflicted with precocious senility, the educated classes were stuck in a great procession of corruption.

The innermost vocation of the new ruling class seemed to be part of the racket or the loot. It had annexed state power for its own profit and transformed the former liberation movement into a trade union of individual interests while making itself into a screen between the masses and their leaders.

Fanon was equally scornful of nationalisation, which he saw not as a genuine mechanism to build a national economy but as a scandalous, speedy and pitiless form of enrichment. He warned against the descent of the urban unemployed masses into lumpen violence. As soon as the struggle was over, he argued, they started a fight against non-national Africans.

From nationalism, they passed to chauvinism, negrophobia and, finally, to racism. They were quick to insist that foreign Africans should go home to their country. They burned their shops, wrecked their street stalls and spilled their blood on the city’s pavements and in the shantytowns.

Surveying the post-colony, Fanon could only see a coming nightmare — an indigenous ruling class luxuriating in the delicious depravities of the Western bourgeoisie, addicted to rest and relaxation in pleasure resorts, casinos and on beaches, spending large sums on display, on cars, watches, shoes and foreign labels.

He could distinctly see stupidity parading as leadership, patriarchy turning women into wives, vulgarity going hand in hand with the corruption of the mind and of the flesh — all in the midst of hilarity and demobilisation. The spectacle of Africans representing themselves to the world as the archetype of stupidity, brutality and profligacy, he said, made him angry and sick at heart.

To read Fanon today means to translate into the language of our times the major questions that forced him to stand up, to break away from his roots and to walk with others, companions on a new road the colonised had to trace on their own, by their own creativity, with their indomitable will.

All around us, it is easy to see elements of his nightmare. Globally, new forms of colonial warfare and occupation are taking shape, with their share of counterinsurgent tactics and torture, Guantanamo-style camps, secret prisons and their mixture of militarism and plundering of faraway resources.

New forms of social apartheid and structural destitution have replaced the old colonial divisions. As a result of global processes of accumulation by dispossession, deep inequities are being entrenched by an ever more brutal economic system. The ability of many to remain masters of their own lives is once again being tested to the limits. No wonder that under such conditions many are not only willing to invoke once again Frantz Fanon’s heretic name, his sparkling, volcanic and exploding face, they are also willing to stand up and rise again.

I myself have been attracted to Fanon’s name and voice because both have the brightness of metal. His is a metamorphic thought, animated by an indestructible will to live. What gives this metallic thinking its force and power is the air of indestructibility and the inexhaustible silo of humanity that it houses.

Achille Mbembe is a research professor in history and politics at the University of the Witwatersrand. His latest book, Sortir de la grande nuit, was published in 2010 in Paris.