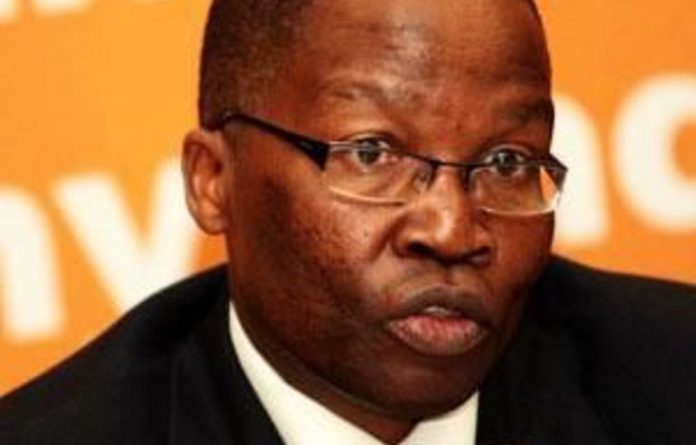 Transport minister Sibusiso Ndebele has backtracked on calls for traffic officers to confiscate the licences of unruly motorists on the spot, admitting the process needs to be done through the court system.

On Tuesday, eNews reported that Ndebele had called for drivers arrested for any traffic offence to have their licences “suspended and/or cancelled” at the scene by traffic police.

He was responding to reports that more than 900 had been killed on South Africa’s roads so far in December.

But on Wednesday Ndebele’s spokesperson Logan Maistry Maistry conceded to the Mail & Guardian that “based on current legislation” no traffic officer is allowed to confiscate a licence.

“A licence cannot simply be taken away from an arrested driver. It must either be done through the courts or by the minister or provincial minister,” Maistry added.

He said that, “in accordance with the National Road Traffic Act of 1996, the minister or a provincial transport minister has the power to rescind a licence based on the information supplied in an affidavit from a traffic officer”.

The comments follow Justice Project South Africa criticising Ndebele’s comments on Wednesday who labelled the minister’s proposals as “not within the law”.

“The minister might have been emotional when he made this call. I am not saying licences should not be confiscated or suspended for serious offences, there is a way to do so,” the movement’s chairman, Howard Dembovsky, told the South African Press Association (Sapa).

Johannesburg Metropolitan Police Department spokesperson Wayne Minnaar confirmed his department would be following the directive from the transport department.

“This won’t affect operations. It’s not a cumbersome process to have licences revoked where needs be,” Minnaar told the M&G.

“We are moving towards a more stringent control of our roads and punishment of those that flout traffic safety laws,” he added.

In the M&G’s 2011 Cabinet report cards Ndebele was downgraded from a fairly admirable “B” to a middle-of-the-road “C” aggregate.

With regard to road safety, the M&G has found that “Ndebele has announced a range of programmes and campaigns to deal with road safety … Earlier this year he infuriated many road users when he proposed to reduce the speed limit from 120km/h to 100km/h. It was never implemented and road deaths continued to mount, especially those involving public transport.

“His department launched the national rolling enforcement plan that, among other things, commits traffic officers to stop one-million drivers a month to check compliance with driver’s licences and vehicles’ roadworthiness. He also introduced road safety programmes to be part of the life skills curriculum in schools.”

Despite the failure of some of the more ambitious projects, the death toll on South Africa’s roads this December has nevertheless shown a decrease in comparison to previous years.

But transport officials are not reassured by the drop, and have warned against complacency.

“The numbers speak nothing to the psychological and physical loss experienced by our citizens. This is still totally unacceptable. We must all work together to prevent the carnage on our roads,” Maistry added. — Additional reporting by Sapa