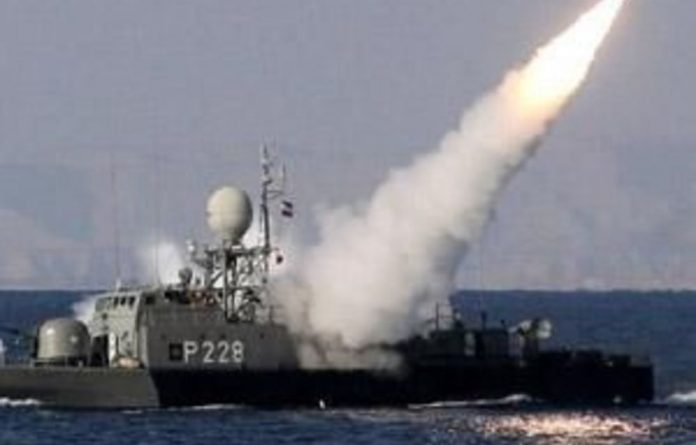 Iran appears to be testing atomic fuel intended for a planned reactor which could one day yield nuclear bomb material, a former senior United Nations nuclear official said on Thursday.

The Islamic republic is building a heavy water research reactor near the central town of Arak, a type which Western experts say could produce plutonium for nuclear weapons. Iran says its nuclear programme is entirely peaceful.

Earlier this week, Iran announced it had made a breakthrough in producing fuel rods for nuclear power plants.

Olli Heinonen, former head of nuclear safeguards inspections worldwide at the UN International Atomic Energy Agency (IAEA), said he believed the fuel was being developed for Arak, which Iran hopes to bring on line by the end of next year.

Spent fuel can be reprocessed to make plutonium — possible bomb material — but Western worries about Iran’s nuclear activities are focused on its enrichment of uranium, which can also provide the core of nuclear weapons if refined much more.

“The rod Iran claims to have made contains natural uranium, suggesting that it is intended for the IR-40 heavy water reactor at Arak,” Heinonen wrote in a comment for the Guardian newspaper.

Nuclear work
“This is a cause for concern as such an action is proscribed by the United Nations Security Council,” Heinonen, now a senior fellow at Harvard University’s Belfer Centre, said, referring to sanctions resolutions imposed on Iran over its nuclear work.

Other Western experts had said they did not see Iran’s announcement on Sunday — that it successfully made and tested nuclear fuel rods — as bringing Tehran closer to having atomic bombs any time soon.

They said Iran, which rejects Western accusations that it is seeking to develop the capability to make nuclear weapons, was still possibly years away from being able to make fuel for running its reactors.

Iran’s latest claim of nuclear progress coincided with escalating tension with the West, in a long-running row that could spark a military conflict and some analysts suggested it may be intended as a negotiating tactic.

Iran’s only existing nuclear power plant, at Bushehr on the Gulf coast, uses fuel rods delivered by Russia, which will repatriate the spent material under its contract with Iran.

Harvesting plutonium
A Tehran research reactor, which makes medical isotopes, is running out of fuel provided by Argentina in the 1990s. Iran has said it plans to produce its own fuel for the facility after a uranium swap deal with the West collapsed two years ago.

But Arak, once completed, is seen as better suited for this. “Hence this show of ostensibly civilian nuclear progress could end up further stoking international tension,” Heinonen said.

A Washington-based think tank, the Institute for Science and International Security (ISIS), said Iran’s aim to start operating Arak in 2013 could be “delayed because of problems acquiring necessary items overseas or in building the reactor”.

Technical progress
Once up and running, the Arak reactor could produce about 9kg of plutonium annually, or enough for about two nuclear weapons each year, if operating optimally, ISIS said.

“Before [Iran] could use any of the plutonium in a nuclear weapon, however, it would first have to separate the plutonium from the irradiated fuel,” it added on its website.

Western diplomats say Iran, which says its nuclear programme is aimed at generating electricity so that it can export more oil, has in the past at times exaggerated its technical progress to gain leverage in its standoff with the West.

Bunn said Iran’s fuel announcement was not a “huge step”, suggesting he did not see it as a reason for major concern.

“If it is rods for testing their ability to make things for Arak it is one further step in the direction toward bringing Arak into operation but there are lots of other steps that still need to be taken,” Bunn said earlier this week. — Reuters