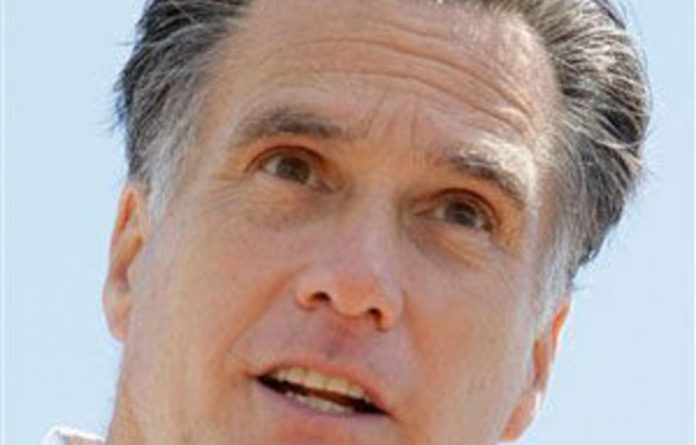 Mitt Romney took fresh fire on Wednesday from his rivals for the US Republican presidential nomination, but also nabbed an endorsement from top Senator John McCain as the 2012 campaign moved to New Hampshire.

McCain, who beat Romney for the party’s 2008 nod but fell to President Barack Obama, told voters here that they had a chance to help the former Massachusetts governor virtually wrap up the nominating fight in their January 10 primary.

A big win here would give Romney’s campaign “such momentum that it cannot be stopped”, then carry the candidate through South Carolina’s January 21 primary and “get this thing over with, get the real contest going”, the Arizona lawmaker declared.

Romney, who enjoys a vast lead in New Hampshire, was to head to South Carolina on Thursday to campaign with McCain and Nikki Haley, the state’s first female governor and just the second Indian-American US state governor ever.

“This president we have now is over his head when guiding this country,” said Romney, who was invigorated after winning Iowa’s nominating caucus by a whisker. “I’ll go to work getting Americans back to work.”

Attack ads
But Romney still faced a fierce battle with his more conservative rivals for the right to take on Obama in the November 6 elections — like former senator and Christian conservative Rick Santorum, whom he bested in Iowa by just eight votes out of more than 120 000 cast.

He will also face former House speaker Newt Gingrich, who blamed attack ads by Romney and surrogates for his fourth-place finish in Iowa. Gingrich aimed to put up TV ads attacking Romney in New Hampshire, South Carolina and Florida.

At a stop in Laconia, New Hampshire, Gingrich questioned Romney’s conservative credentials, calling him out of step with Republican icon Ronald Reagan and charging he “accommodated liberalism” as governor.

“Only an effective, articulate conservative can defeat Barack Obama,” said Gingrich, who called it “silly” to say that the more centrist Romney would be more electable.

Gingrich was in third place in New Hampshire, with 9% support among likely voters in the Republican primary, according to a two-day tracking poll by Suffolk University/7News.

Romney led with 43% support, followed by veteran Texas congressman Ron Paul with 14%. Former US China envoy Jon Huntsman, who skipped Iowa and placed his hopes on a strong finish here, was at 7%.

Asked on CNN TV whether he would campaign “down and dirty” against Romney if needed, Huntsman replied: “That’s the way the game is played here in New Hampshire and beyond. The stakes are too high.”

Only 16% of likely Republican primary voters said they are undecided — a lower number than in the final days before the Iowa caucus, when roughly half said they had yet to make up their minds.

Asked whether Romney would win, Paul candidly told CNN that “oddsmakers would probably bet that” — but pointed to Santorum’s late surge in Iowa as evidence that “you can change things rather quickly right at the end”.

“I think all of us will continue to campaign very hard there,” said Paul, a small-government advocate who opposes foreign aid and overseas military interventions.

Taking the nation in the ‘right direction’
Iowa cemented Romney’s status as the frontrunner for the Republican nomination among the remaining six candidates, but failed to dispel lingering doubts about his popularity among the party’s traditional conservative base.

McCain, who carries huge political weight, remains popular in New Hampshire, where he beat Romney 37% to 31% four years ago.

“It’s a plus. I voted for him in the last election. I like them both, they are men with good values and that’s what I want to lead this nation in the right direction,” retired health worker Pat Voute (68) said.

McCain’s backing for Romney reflected an effort by the Republican establishment to avoid an intra-party bloodletting that could leave the eventual nominee in a weakened position to take on Obama.

The first casualty of Tuesday’s vote was Representative Michele Bachmann, who announced she was quitting the race after her disappointing sixth place finish in the heartland state where she was born.

At the event here, Norma Lesser said she had settled on a candidate but that the campaign was “a fluid situation”.

“There’s another week and a lot of skeletons can still come out of the closet,” said Lesser, who once worked in TV, screening candidates for popular game shows like Sale of the Century. — AFP