Matric pass rate may be deceiving 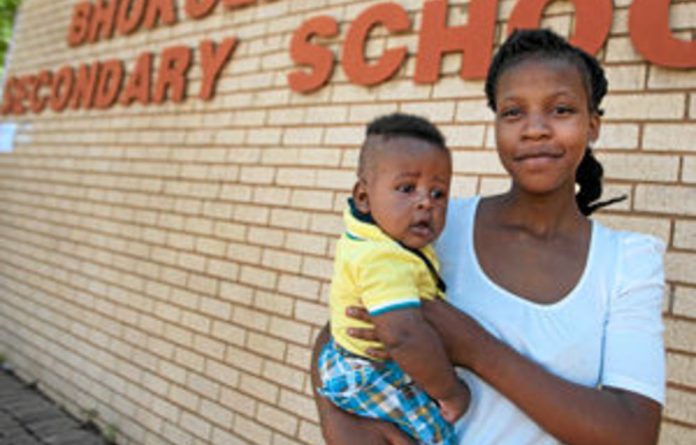 Questions are multiplying about how reliably the improved 2011 matric pass rate of 70.2% measures the real quality of the schooling system.

There are also deepening concerns about the large numbers of pupils that the 70.2% pass rate does not account for. These include the 80116 part-timers — 14% of all candidates — whose results were not used in the official calculation of the pass rate. Also included are the nearly 50% of pupils who started school in 2000 but were not among almost 500000 pupils who wrote the 2011 exam.

“We are making great strides … in the schooling sector,” said Basic Education Minister Angie Motshekga, when she announced the results on Wednesday this week. The matric results are “among the most important indicators of the performance of our schooling system”, she said.

But the pass rate “does not show directly whether quality has improved”, said Nan Yeld, dean of the Centre for Higher Education Development at the University of Cape Town. “It also does not show what the standard and quality of the papers were: Was there a high degree of predictability? What was the proportion of challenging questions? How much of the interventions focused on coaching for the examinations? What was the proportion of marginal passes?”

Ruksana Osman, head of the Wits school of education, also suggested that the meaning of the passes needed scrutiny. “We need to look at the quality of the passes and the nature of the fails. Otherwise we get a distorted picture of education,” she said.

The pass rate needs to be viewed with cautious optimism, said University of Johannesburg education professor Shireen Motala. “I question how meaningful this pass rate is when so few learners are getting university exemptions [24.3%],” she said.

The steep decline in the number of full-time candidates was a concern, Motala said. “We need to be focusing on getting children into full-time schooling and keeping them there. We need to be asking where these dropouts go.” Non-governmental organisation Equal Education said this week that nearly half of those who started school in 2000 did not make it through to matric in 2011. If they were factored in as failures, the “true” 2011 pass rate would be 38%.

Expected improvement
Martin Prew, director of the Centre for Education Policy Development, said the improved pass rate could be ascribed to teachers and learners getting used to the new matric exam introduced in 2008. “We should expect an improvement,” he said. But he was concerned by the high pass rates for home languages and first additional languages, which were all above 90%.

This is “counterintuitive”, he said. “We need to look at the quality of these papers, how they are set and how they are marked. We know that language acquisition is one of our biggest problems in schools. Poor English skills is one of the reasons why achieving high results in maths and science is still a problem as it acts as a gatekeeper for the understanding of these subjects.”

The Mail & Guardian reported last year on Parliament’s concern about the sudden spike in part-time candidates writing the final exam. Osman said part-timers faced particular difficulties. “These people often have jobs, which makes it difficult for them to achieve good results. They are the ones who failed matric and need even more attention,” she said.

Prew said “over-age learners are vulnerable and their chance of passing is lower than those learners who are at the correct age and have not repeated”. But Motshekga told the M&G that she was “encouraged” by the high number of part-time candidates. “Remember we have a group who had to finish the old [pre-2008] curriculum. We had to give extensions to allow those who had not passed three years back to write and … they are coming in numbers.

On the lack of support given to part-time pupils, Motshekga said: “Even if we don’t give them classes, which may be expensive, we should give them DVDs. I know Gauteng has been doing lots of work to support them. But I think what we need to do is make sure, nationally, that repeaters or people who have been out of school for a long time and want to come back should be given the support.”