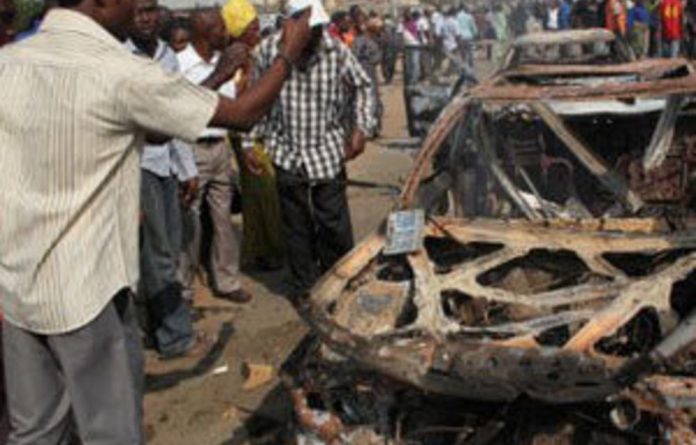 Nigerian President Goodluck Jonathan has confirmed, for the first time, that the Islamist group Boko Haram has secret backers among government and security officials.

Jonathan said Boko Haram presents Nigeria’s greatest security challenge since the 1967 Biafra civil war, when a three-year campaign by the Igbo people to secede from the country’s 150 other tribes left 1-million dead.

The organisation, whose name means “non-Islamic education is sacrilege”, is fighting to impose a strict interpretation of Sharia law across Africa’s most populous country.

A simmering low-level insurgency erupted on Christmas Day with four coordinated attacks that killed at least 30 people as they poured out of church services. Since then, a spree of violence at churches has claimed dozens of lives, prompting a state of emergency in the group’s northern home base states and threatening to ignite a sectarian conflict in a country split evenly between Muslims and Christians.

“During the civil war we knew and we could even predict where the enemy was coming from. But the challenge we have today is more complicated,” Jonathan said.

Now, Boko Haram backers and sympathisers are “in the executive arm of the government; some of them are in the parliamentary/legislative arm of the government, while some are even in the legislative arm. Some are also in the armed forces, the police and other security agencies,” he said at a three-day literary service attended by authors Chinua Achebe and Wole Soyinka.

Retaliatory attacks
Achebe and Soyinka, both giants of the Nigerian literary scene, urged the population to refrain from retaliatory attacks amid reports of Christians fleeing the north, where Muslims are a majority and vice-versa.

But less than a day later, they took to the streets along with tens of thousands of ordinary citizens to protest at the end to fuel subsidies in the oil-rich state — highlighting the other key challenge faced by state officials.

As a labour union strike and huge protests paralysed much of the country, analysts said Jonathan’s admission was worrying given the size of the security budget, which this year was $5.7-billion.

“The security angle explains why the group are often one step ahead of the government. It is also one of the reasons why members of the group have been floating around freely. The population are afraid to step forward as they think their security can’t be guaranteed by security officials,” said Shehu Sani, who heads the Civil Rights Congress of Nigeria and maintains close contact with the group.

In December, the US Congress said the group had morphed from homegrown criminals into terrorists capable of forging international links. Members of the group claim to have travelled to Somalia to share techniques and funding with al-Shabaab militants. —