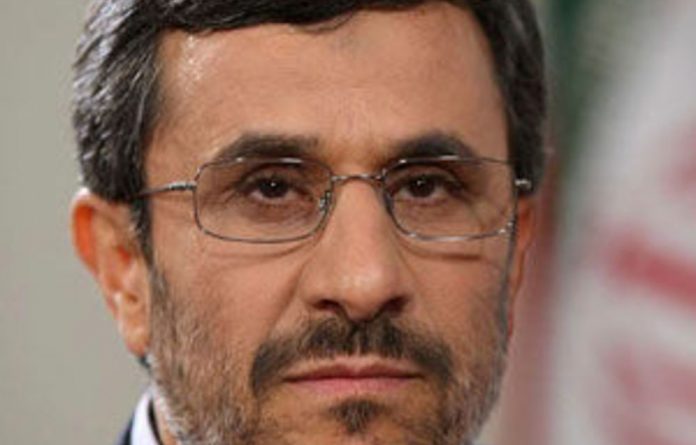 The South African government is considering how to respond to a call by the US to decrease oil imports from Iran.

“Pretoria is still deciding how to respond to these sanctions — or even if we will respond to these at all,” Nelson Mkwete, spokesperson for the department of international relations and cooperation, told the Mail & Guardian.

The decision may affect South Africa’s crude oil supplies, as a quarter of all of the country’s crude oil stocks originate from the embattled Middle Eastern country.

The call forms part of a US government attempt to garner support for sanctions aiming to alienate Iran’s central bank from the world’s financial system and curtail the country’s oil revenues, in the hopes this will pressure the Middle-Eastern nation into abandoning its uranium enrichment programme.

“We are currently in discussions with the South African government on the implications of these sanctions,” Elizabeth Kennedy Trudeau, spokesperson for the United States Diplomatic Mission to South Africa told the M&G.

US President Barack Obama signed the sanctions into law on December 31, following the passing of United Nations Security Council Resolution 1929 (2010), which is intended to curtail Tehran’s nuclear programme by requiring Iran to cease any further uranium reprocessing or enrichment-related activities or acquire commercial interests in other states involving uranium mining or use of nuclear materials and technology.

At the time, Iran’s President Mahmoud Ahmadinejad called the resolution a “used handkerchief which should be thrown in the dustbin”.

The United States’ sanctions are intended to pressure Iran into adhering to the resolution’s restrictions.

“Until Iran chooses to address international concerns about its nuclear programme, we will implement all multilateral, regional, and national sanctions against Iran,” Trudeau added.

Call for solidarity
In line with this policy, the United States has called on other nations to cease or reduce their dealings with Iran’s oil economy.

Japan on Thursday agreed to gradually cut back on its oil supply from Iran, encouraging other oil producing nations in the Middle East to increase production to make up the shortfall.

But China, the largest importer of Iranian oil, has poured cold water on the idea of supporting the sanctions, saying it needed the oil “for development”.

“We oppose applying pressure and sanctions, because these approaches won’t solve the problems. They never have,” Chinese Vice-Foreign Minister Zhai Jun told a news briefing in Beijing on Thursday.

China backed the UN resolution, but immediately manoeuvred to ensure its oil supplies were not affected, by the renewed US sanctions, which come at a time of heightened uncertainty in the oil price.

Oil prices stable
International Brent crude oil prices were relatively stable for the latter part of 2011, at around $113 a barrel.

If South Africa were to heed the call to cut back on supplies from Iran, it is unclear at this stage how oil-related industries in the country would be affected.

Initial indications are that consumers would not immediately feel the sting of any decreased supply of Iranian oil through increased fuel prices.

“Fuel prices are not dictated by direct supply constraints but rather by international oil prices,” the executive director at the South African Petroleum Industry Association, Avhapfani Tshifularo, told the M&G.

“Oil companies will be watching this situation as international oil supplies could be affected and as a knock on affect global prices could take a knock,” he added.