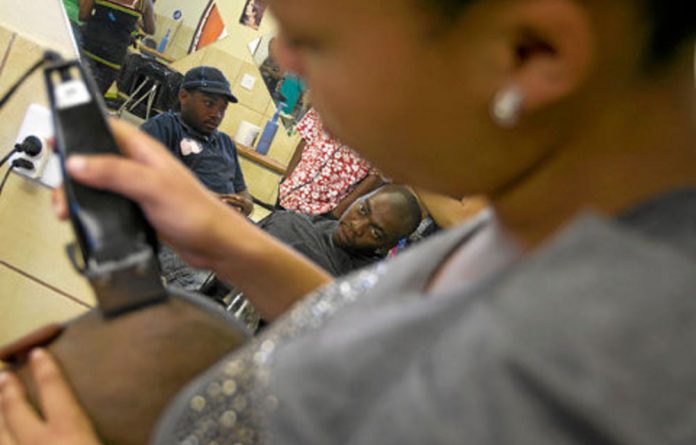 The timing was all, but will it be enough? Blade Nzimande's exquisitely chosen moment for releasing his green paper on post-school education and training was Thursday — two days after scenes at the University of Johannesburg (UJ) left shocked South Africans urgently wanting both to understand them and to know that officialdom had grasped the core reasons for the disaster and sympathised with the desperation that ignited it.

At first glance, the clear-sighted and wide-ranging green paper appears to meet both needs. Late in its 100 pages it delivers perhaps the most succinct expression of the UJ tragedy's deepest sources: post-school "education and training opportunities … are too limited to meet either the needs of society and the economy or the expectations of young people and their parents". These opportunities must be expanded "very significantly".

But, by placing the economy before the more urgent reality of youthful and parental expectations, even these bracingly direct sentiments create misgivings that the green paper as a whole generates as well. After all, Tuesday's death was of a mother accompanying her son to try to ensure him a university place.

There were similar misgivings earlier in the week when Nzimande's response in the immediate wake of the scenes at UJ was to propose a central admissions office and a ban on walk-in applications.

The causes lie deep There is merit in these proposals — both are norms in several other countries. But they are also managerial-administrative solutions to problems whose causes lie far deeper than these remedies would suggest, however desirable they might be.

Therein lies the equivocal achievement of this green paper, now open for public comment until April 30. On the one hand, it is irreproachably and unflinchingly thorough in its identification of the myriad ways in which "post-school education and training is inadequate in quantity, diversity and … quality".

On the other hand, it operates at a worryingly cool distance from the human consequences of the "shortcomings" it recognises. This is partly a feature of the genre: such papers have to set often distant targets — in this case, 20 years from now. But it is also the product of some blurring in the paper when the extremities of immediate desperation that failed policies have caused come into view.

Anchoring the green paper is this central, irreproachable recognition: "Approximately three million young people between the ages of 18 and 24 are not accommodated in either the education and training system or the labour market. This is an appalling waste of human potential and a potential source of serious social instability."

The writers were not to know what specific signs of "social instability" would erupt two days before they released their document, of course. But this recognition of the plight faced by three million young people generates the paper's most fundamental and most sweeping proposal and also most clearly displays both its strengths and its limitations.

Bold enrolment proposals By far the greatest growth in post-school opportunities must be in enrolments at further education and training (FET) colleges, the paper says. This proposal is not new, but its extent is striking and bold: college enrolments must grow tenfold in 20 years — from 400 000 now to four million.

By contrast, universities should grow to merely 1.5-million in the same period from their current 900 000 enrolments.

All this makes perfect sense — it is the "inverted skills pyramid" problem restated. But, if policies that have been aimed for years at reversing the preponderance of university over college enrolments had been even modestly successful so far, this week's UJ scenes would likely never have occurred: colleges, and other components of the skills sector such as learnerships and apprenticeships, would already have been sufficiently prepared and attractive enough to have met many more of the popular expectations that are so repeatedly frustrated by the post-school system.

In other words, thorough though the document is on why the college sector is so weak, it does not address the central problem of public perception directly — that they are still seen as second-rate, fall-back options.

Even so, the paper does have some new ideas, ones that do suggest its responsiveness to the immediate needs of those who will never get into a university. The best of these ideas follows its admission that the "public and private provision of adult education is very weak". We need new "community education and training centres" for out-of-school youth and adults — these would absorb the hopelessly under-resourced public adult learning centres.

But, as with the green paper's proposals on colleges, is this enough both in scope and timing to avert the massive storm of powerful but unsatisfied people's expectations that thundered at UJ this week?

Bleak or better futures?
The post-school education and training system "continues to produce and reproduce gender, class, racial and other inequalities with regard to access to educational opportunities and success", the green paper says. If "major changes" are not introduced, large numbers of young people "face a very bleak future". The chief considerations of the paper include: