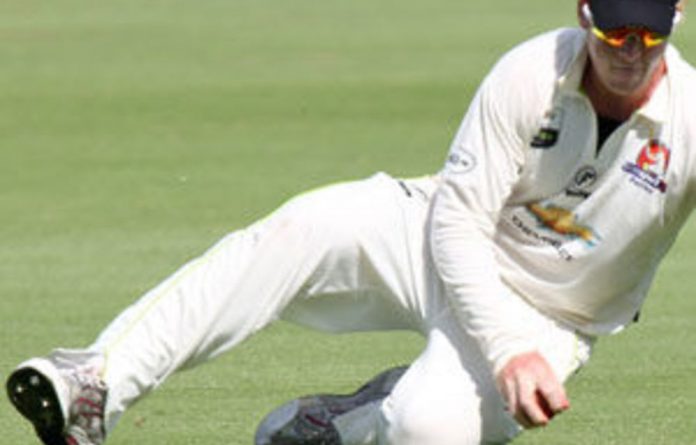 The Highveld Lions put themselves back into the SuperSport Series title race on Sunday when they beat the Warriors by 94 runs at St George’s Park while the log-topping defending champions, the Cape Cobras, were held to a draw by the Dolphins at the Maritzburg Oval.

The Cobras remain top of the log with a nine-point advantage over the Titans with the Knights and the Lions in hot pursuit.

The other two franchises are out of the running.

There are three rounds still to be played. The run-in is made interesting by the fact that through a quirk of fixtures’ fate, the Cobras have to play all three of their rivals, although two of those matches are at home.

The Port Elizabeth match finished on a sensational note with a hat trick by Chris Morris — the first of his career. If the Warriors’ collapse in the first innings was bad enough when they lost their last six wickets for 18 runs, they managed an even worse tail-batting performance in the second, losing their last six wickets for three runs in 13 deliveries, one of which was a no ball.

Never in danger of losing
Had the Warriors’ lower-order batted just reasonably in the two innings, they may have become close to pulling off a creditable win. It undid the excellent work done at the start of their second innings by Kelly Smuts, who made his fourth career century off of 128 balls with 17 fours.

The Man of the Match award went to Temba Bavuma of the Lions, who made his franchise career best of 147 in the first innings and an unbeaten 73 in the second, coming to the crease, when the Lions were 5/2 and then seeing them through a collapse that saw five down for 20 and six down for 54.

The Cobras, having set the Dolphins a target of 401, were never in danger of losing but they ran into some stiff resistance, sparked by an opening partnership of 149 between Divan van Wyk and Imraan Khan.

Thereafter wickets fell at regular intervals, but the Dolphins managed to survive reasonably comfortably to reach 271/6 at the close.

Franchise debutant Siya Simetu bowled a remarkable 66 overs in the two innings in his first experience of four-day cricket and could feel satisfied with his haul of 6/138.

All the teams have a bye this coming week before the real showdown starts with the Cobras at home to the Titans at Boland Park and the Lions taking on the Knights at the Wanderers. –Sapa